The Chula Vista High School Performance Choir stopped by the studio to give a preview of Bohemian Rhapsody, coming to theaters this Friday. 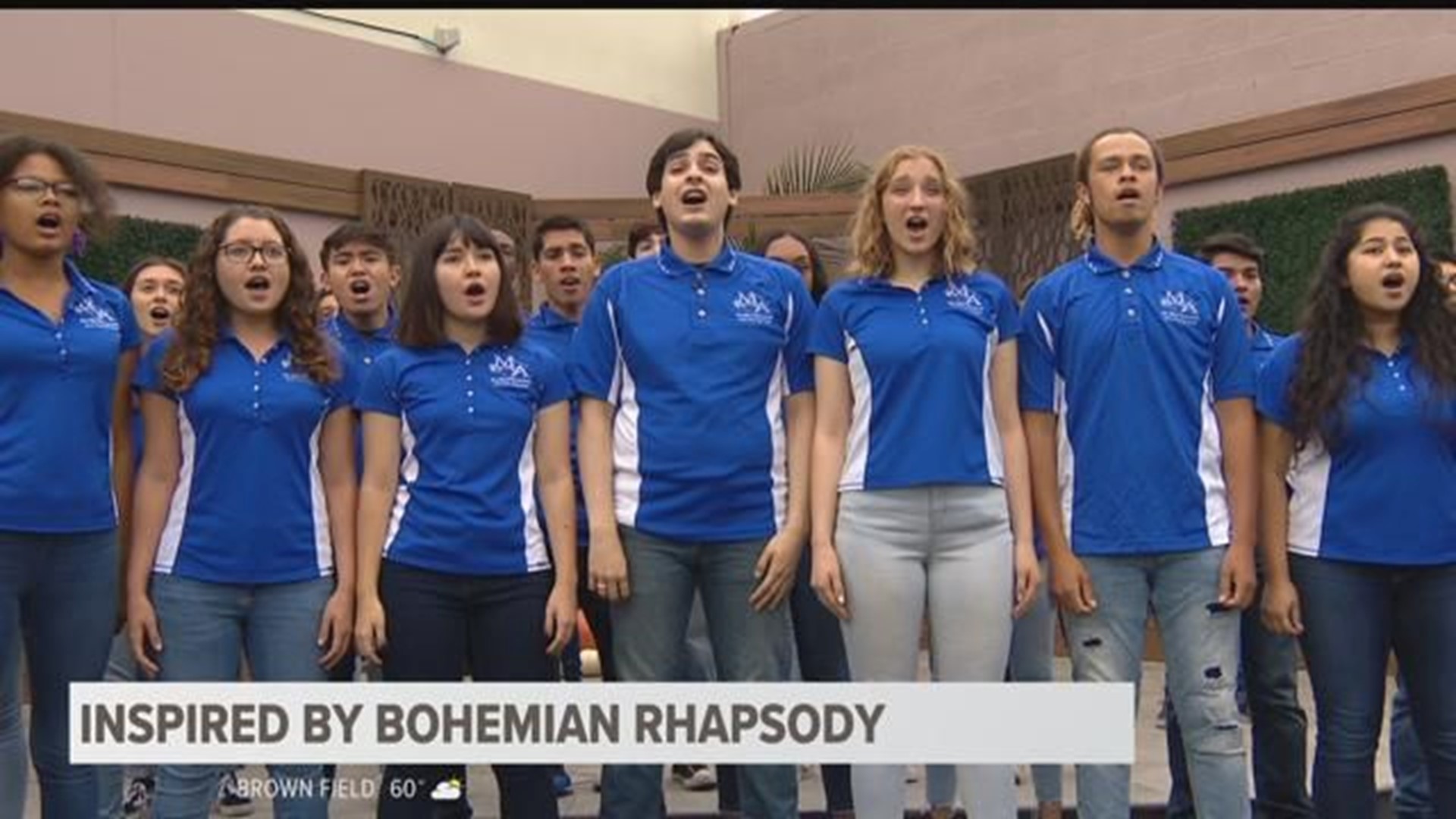 SAN DIEGO (NEWS 8) - The Chula Vista High School Performance Choir who are called "Main Attraction" previewed the movie Bohemian Rhapsody and was inspired by the songs and performances in the film. The group stopped by News 8 Morning Extra to share some of that inspiration and performed a medley of Queen songs.

Main Attraction has received recognition from the Grammy foundation four consecutive years along with receiving three Golden Bell awards in the last 26 years.

Bohemian Rhapsody follows the story of Queen, their music, and the life of the lead singer, Freddie Mercury. The film shows the rise of Queen and Freddie Mercury, along with the dark side of fame. The cast features Rami Malek, Mike Myers, along with many other known stars.

Main Attraction will be performing all over San Diego County and all the way up to Disneyland. You can see them perform at December Nights in Balboa Park Dec. 7 through Dec. 9 before the Christmas Tree Story performance.