SAN DIEGO, Calif. (NEWS 8) -- There is new information in one of the most notorious, unsolved murders in San Diego county. A new book details the murder of Donna Gentile and is written by the vict... 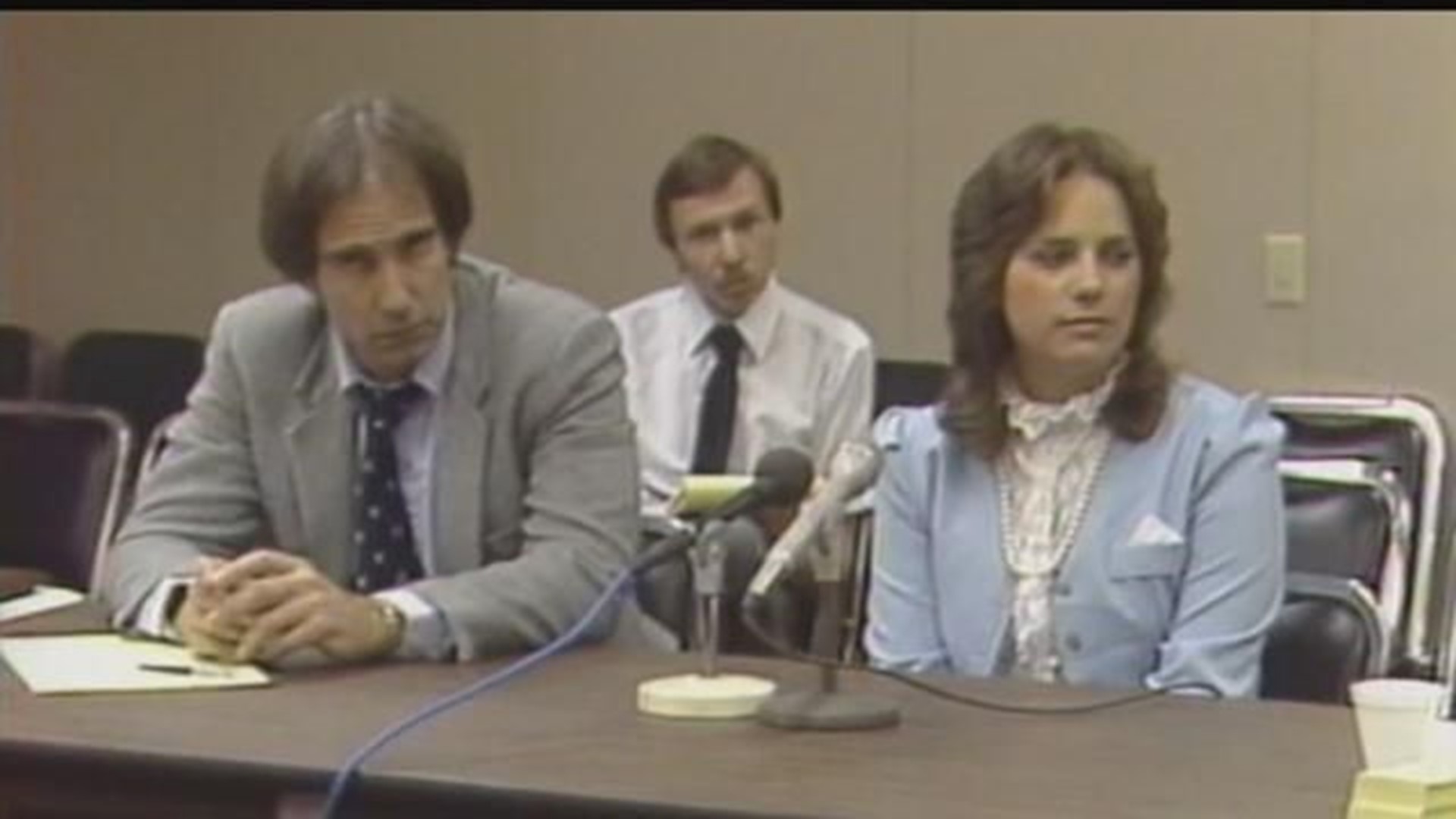 SAN DIEGO, Calif. (NEWS 8) -- There is new information in one of the most notorious, unsolved murders in San Diego county.

A new book written by the victim’s first cousin details the 1985 murder of Donna Gentile.

Author Anita Defrancesco wants to know if a San Diego Police officer killed Gentile, a prostitute who ran away to San Diego and worked El Cajon Boulevard in the 1980s.

In June 1985, the 22-year-old’s naked body was found dumped off Sunrise Highway in the East County.

“Personally, I feel law enforcement can be complicit in her murder,” said Defrancesco during an interview from her home in Philadelphia.

Gentile died from strangulation and airway obstruction due to gravel being stuffed into her mouth and throat, court records show.

“If someone is found with rocks stuffed in her their mouth it's symbolism of you're a snitch, you talked,” said Defrancesco.

She talked about inappropriate relationships she had with two SDPD cops.

Officer Larry Avrech and Lieutenant Carl Black denied the allegations at the time but both were fired in the wake of the scandal.

Black appealed his dismissal and later was reinstated.

“You have a girl who gets a lieutenant fired, a lieutenant is a big deal for a woman to get fired in 1985,” said Defrancesco.

In her new book, The Donna Gentile Story, Defrancesco describes the events leading up to her cousin's murder and the resulting police investigation.

There is new evidence in the book, including a letter Gentile wrote to her family from the Las Colinas jail in Santee two months before she was killed.

"My life is in danger when I get out," the letter said, literally predicting her murder.

Defrancesco said Gentile often wrote and spoke to her brother on the east coast in the weeks leading up to her murder.

“She said she was in danger.  She begged to stay in jail a little longer because she felt that they were waiting for her,” said Defrancesco.

The book also makes public – for or the first time – the medical examiner’s toxicology report, showing that cocaine was in Gentile's system.  Semen and saliva were found in three different areas of her body.

Back in 2007, a Sheriff's homicide lieutenant told News 8 that DNA found on a prostitute's body can be problematic.

“If a person is a prostitute, DNA can be found on them that wouldn't necessarily mean that the DNA belonged to the perpetrator of the murder,” said Sheriff’s Lt. Dennis Brugos in the 2007 interview.

After her death, detectives combed through Gentile's apartment.

Over the years, some investigators have said convicted killer and serial rapist Ronald Elliot Porter was a suspect.

Porter currently is in prison, so it’s safe to say investigators already have his DNA sample on file.

Does that mean Porter has been ruled out as a suspect?

Court records show there was an unidentified bite mark found on Gentile's body and one of her earrings was missing from the crime scene.

Now, 33 years after the fact, the cousin who wrote the book on Donna Gentile's life and death still is hoping for justice.

“I really don't think a serial killer did this,” Defrancesco said.

“Maybe they can reopen the case and start to reinvestigate this because it's still a life in a lot of people's hearts, especially our family.  We’re not sitting well with this for all these years because of the way she was murdered,” the author said.

“I think somebody does know and I think it's being kept a secret,” she said.

The remainder of Gentile's autopsy remains sealed at the request of the San Diego County Sheriff's Department.

The Donna Gentile Story book is selling on Amazon.