The minimum wage in San Diego increases by $1 an hour Sunday to $11.50.     The pay hike is the result of the City Council's passage of an ordinance that scheduled a series of increases and mandate... 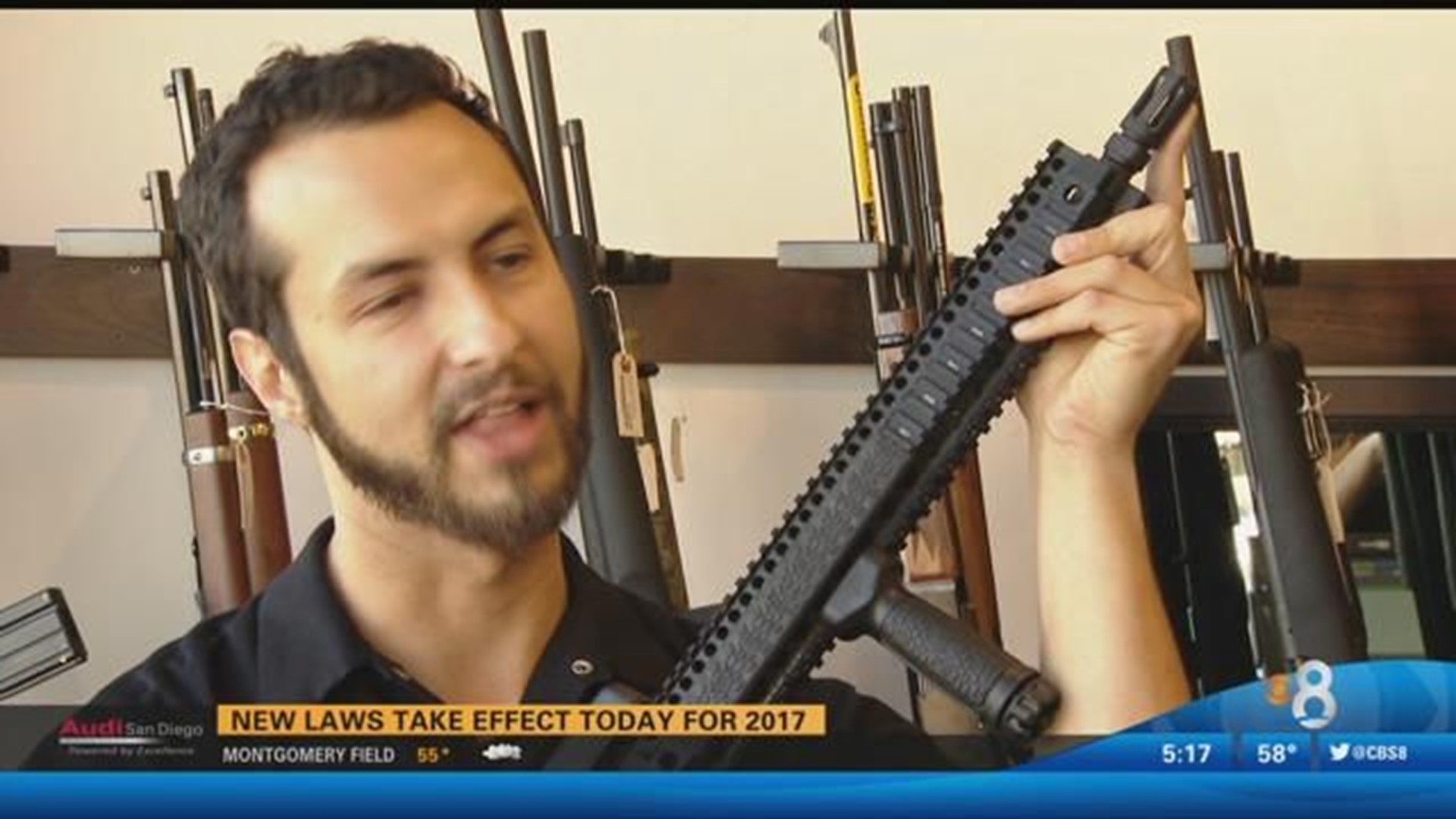 SAN DIEGO (CBS 8/CNS) - A new year means several new laws are now in effect here in California. The minimum wage has gone up in San Diego. There are also new rules on the roads and strict new gun control measures are now in place.

The new laws center around e-cigarettes, orca breeding and one stand out legislation involving cell phones in which drivers must be hands free or could face steep fines that increase after each offense.

Here are some of the new laws governing alcohol:

Six new gun control bills are taking effect in 2017, including a ban on assault rifles in California. Gun owners will have to have the specified semiautomatic gun modified or registered with the state for $15.

Another new law from the IRS states if you claim the "earned income tax credit" or the "additional child tax credit" your refund will be held until at least Feb. 15, which is a three-week delay. And that's if you file on the earliest day possible. The delay, gives the agency more time to detect and prevent fraud.

The minimum wage in San Diego increases by $1 an hour Sunday to $11.50. The pay hike is the result of the City Council's passage of an ordinance that scheduled a series of increases and mandated up to five days of sick leave each year. The law was ratified by voters in June.

The ordinance applies to all industries and businesses, so there are no exceptions, according to the city. Tips and gratuities do not count toward payment of minimum wage.

Future increases will be tied to the Consumer Price Index beginning Jan. 1, 2019. In the future, if the state's minimum wage goes above the city's, the higher pay rate will prevail.

California's minimum wage is currently $10 an hour, so it currently doesn't apply in San Diego. It will rise by 50 cents as of today for businesses outside San Diego -- and other localities with higher minimum wages -- with 26 or more employees. Establishments with 25 or less workers have until 2018 to comply.

Employers are also required to download and post updated notices about the minimum wage law at all workplaces and job sites.

"Today, more than a million hard working San Diegans and Californians began receiving a pay raise that increases their ability to make ends meet for themselves and their families,'' said Assemblyman Todd Gloria, D-San Diego.

"With this investment in our workforce, we have taken a meaningful step toward the principle that those who work full-time should not live in poverty.''

Gloria spearheaded the effort to pass the ordinance last year when he was on the City Council.

"While there is still much more work to do, I am proud of our progress,'' Gloria said. "I will continue to work in the state assembly to improve the quality of life for working families and ensure our state continues to provide opportunities for all workers to prosper.''