NATIONAL CITY, CA (NEWS 8) - A murder 30 years ago on 41st Street in southeastern San Diego was a defining moment in the life of Earl McNeil. News 8 archive footage from 1988 shows the scene where... 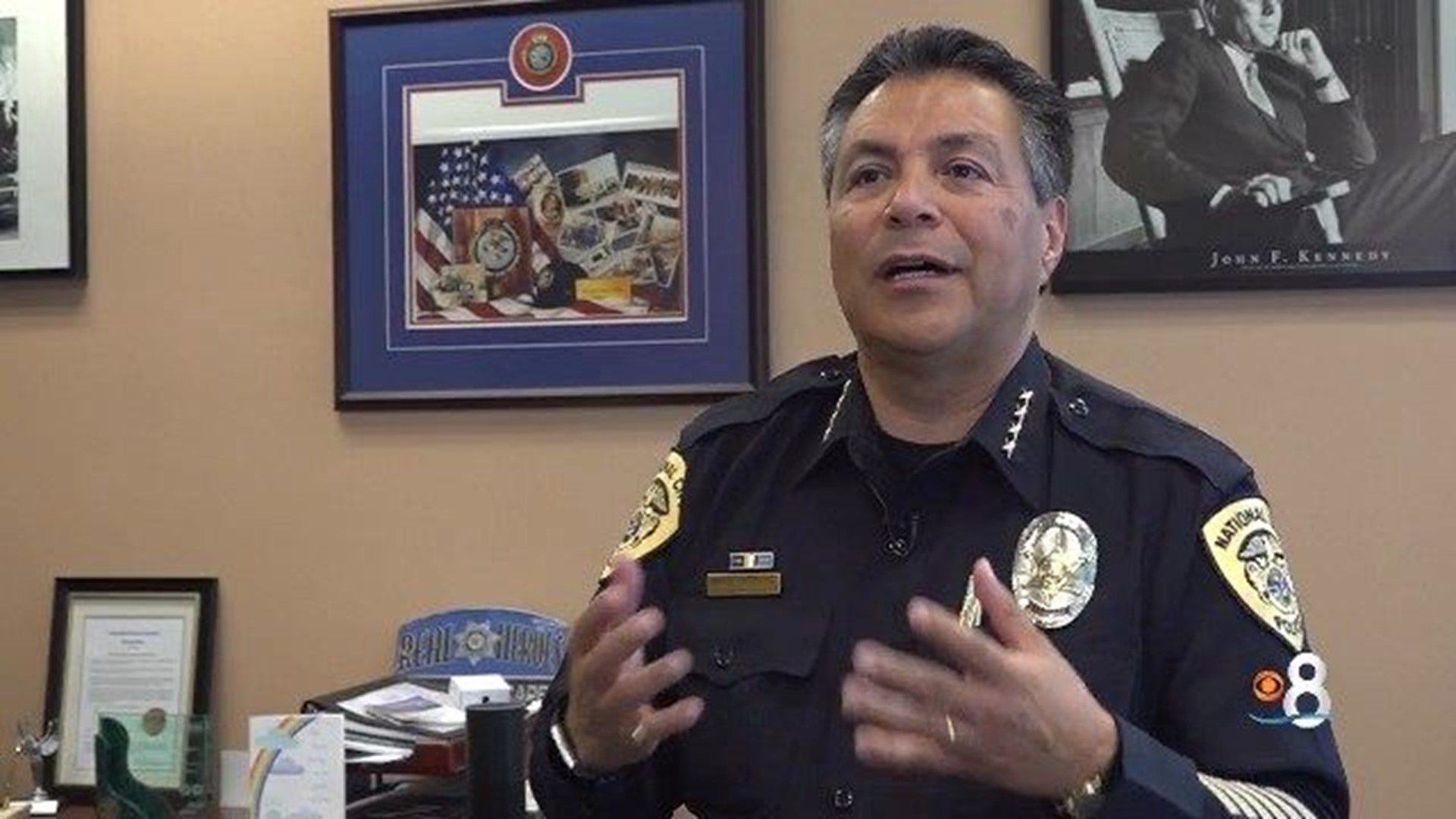 NATIONAL CITY, CA (NEWS 8) - A murder 30 years ago on 41st Street in southeastern San Diego was a defining moment in the life of Earl McNeil.

News 8 archive footage from 1988 shows the scene where - at the age of 11 - McNeil witnessed his mother get shot in the head and killed in the street during a random drive-by shooting.

One year later, the 12-year-old boy committed his first residential burglary, according to court records, and was declared a ward of the San Diego County Juvenile Court.

From there, you can't sugar coat the criminal history of Earl McNeil.

He’s a former Skyline Blood gang member with convictions for robbery, grand theft, possession of drugs, and statutory rape (when McNeil was age 22). He has domestic violence cases in three different counties.

McNeil was sentenced to prison three times, most recently in 2016 for burglary and possession of a firearm.

Now, fast forward to May 26 of this year.

The 40-year-old McNeil is on the front porch of the National City Police Department at 5:30 a.m., apparently high on methamphetamine.

He picks up a police hotline on the exterior of the building, setting off a sequence of events where he ends up hospitalized. Eventually, he is taken off life support and dies.

National City Police Chief Manuel Rodriguez agreed to talk to News 8 about what happened that morning.

“He called us, said he was high, exhibited the signs of being under the influence and had meth on him,” said Chief Rodriguez.

“The officers take him into custody, put him on the ground, and put him in the (body) wrap,” he said.

“The whole episode took about two hours. There were about five officers involved in the wrap itself. He starts spitting on them. They put a spit mask on him,” the chief said.

Officers then put McNeil in a patrol car and drove around the corner into the department's underground sally port.

“He was driven in and he wasn't taken out of the car,” Rodriguez said.

Officer body-cam video and surveillance video from both the National City Police Department and the downtown jail captured the entire incident from start to finish, Rodriguez said.

“In the portions that I've seen, in the video, the officers do not use any batons and do not use any strikes,” said Rodriguez, “No punches, no kicks.”

McNeil's death has led to protests and demands for National City police to release the body-cam video.

The chief said he cannot promise when or if the video will be made public.

“The district attorney has to review it. We have to do an internal investigation and I cannot promise you, because if there's a lawsuit as a result of this, that may prevent release of that video,” he said.

Rodriguez said this case is different because there are hours of video from at least four different body cameras.

“This is not an officer-involved shooting. There isn't a moment in time where releasing any part of the video is going to help people. But that evaluation will continue,” he said.

Chief Rodriguez said his department is reviewing all the video, and the footage also has been turned over to the district attorney’s office.

The San Diego County Medical Examiner’s report is expected by the end of the month.

Douglas Applegate, the attorney representing the family of Earl McNeil, declined to be interviewed on camera for this report.  Applegate also said McNeil family members were not conducting news media interviews at the present time.

**************
Note:  This report has been updated from its original version.  Initially, the report was filed under an "Unknown Reporter" moniker.  News 8 has updated the byline to include the name of the author, David Gotfredson, who is the investigative producer for News 8.

Gotfredson had produced an earlier news report (on short-term vacation rentals) under the unknown reporter moniker, which aired August 3, 2018.  The author's byline has been added to that report as well and can be viewed at this link.