The family of Alexander Mazin, who was shot and killed behind a 24-Hour Fitness last month in the Midway District, on Wednesday night shared their story. 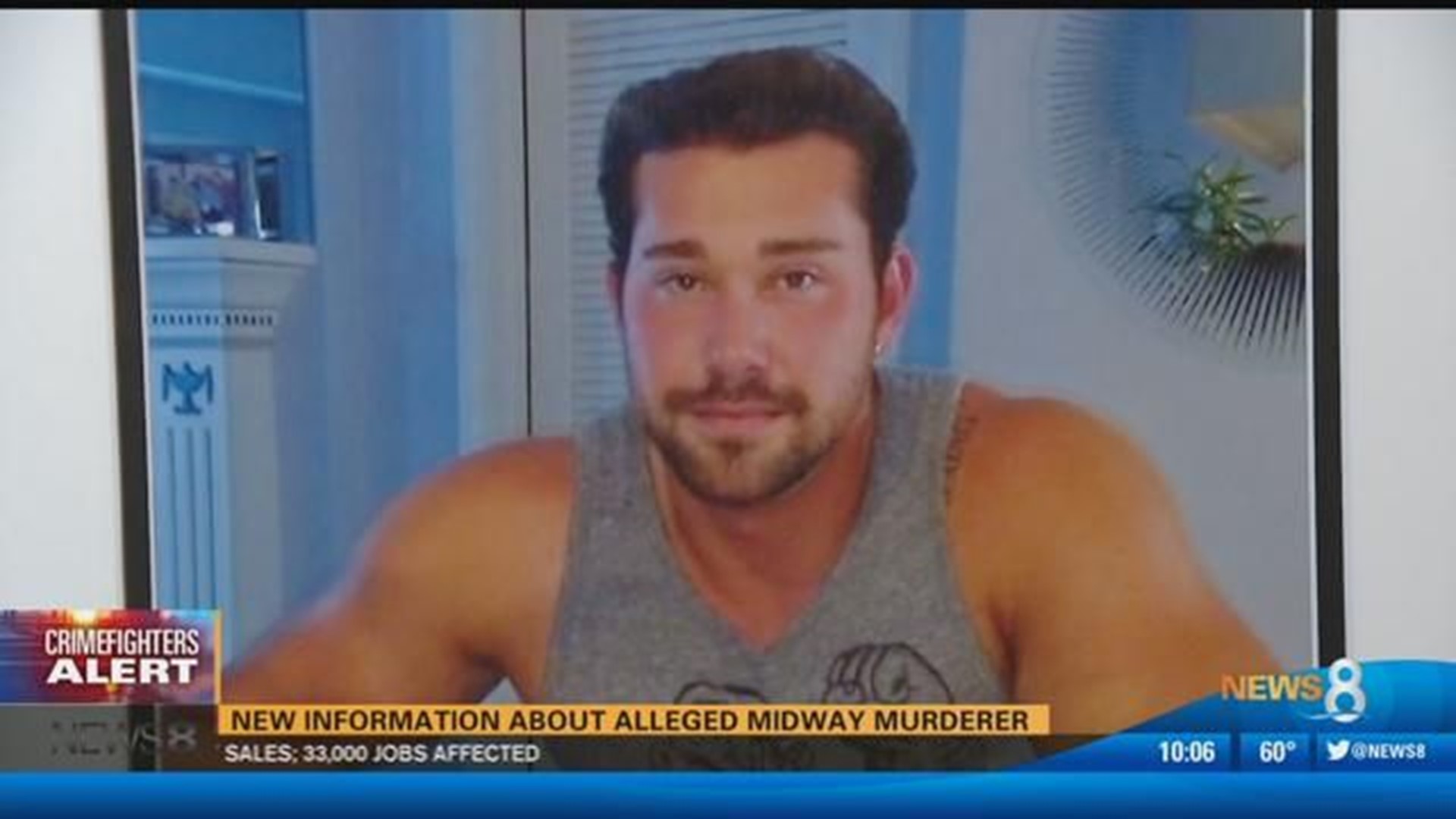 SAN DIEGO (NEWS 8) – The family of Alexander Mazin, who was shot and killed behind a 24-Hour Fitness last month in the Midway District, on Wednesday night shared their story.

According to law enforcement sources, Castellanos popped up as an undocumented immigrant back in 2004.

Penelope and Jeffrey Mazin told News 8 they want justice for their son, Alexander. The couple said they just don’t know when they’ll get it.

Alexander was gunned down on February 25th outside a 24-Hour Fitness in the Midway District. San Diego Police believe it was Castellanos who pulled the trigger.

The Mazins said the woman Alex was dating was the suspect’s former girlfriend.

“The murderer called his ex and said, ‘you can head to the parking lot and watch me kill him in front of you.’ That’s the man we are dealing with,” said Penelope.

According to law enforcement sources, Castellanos was arrested in 2004, by the DEA, however, no charges were filed, but he was an undocumented immigrant.

At the time, Castellanos was granted voluntary departure –a procedure that allows for an undocumented immigrant to travel out of the county without immigration agents.

It is not clear if he did leave at that time, but the Mazins do believe that he has left this time to Mexico.

Surrounded by his pictures, the Mazins continue to mourn, and though they lost their son early, they do not feel like anything was left unsaid.

“I said ‘I love you, have a great work out. I love you.’ So I really feel like we had a great relationship while he was alive,” said Penelope.

It remains unclear if Castellanos was back in the country legally at the time of Alex’s murder, but San Diego Police continue to search for him.