Thursday was the launch day of the program, which is the first and only one of its kind in California. 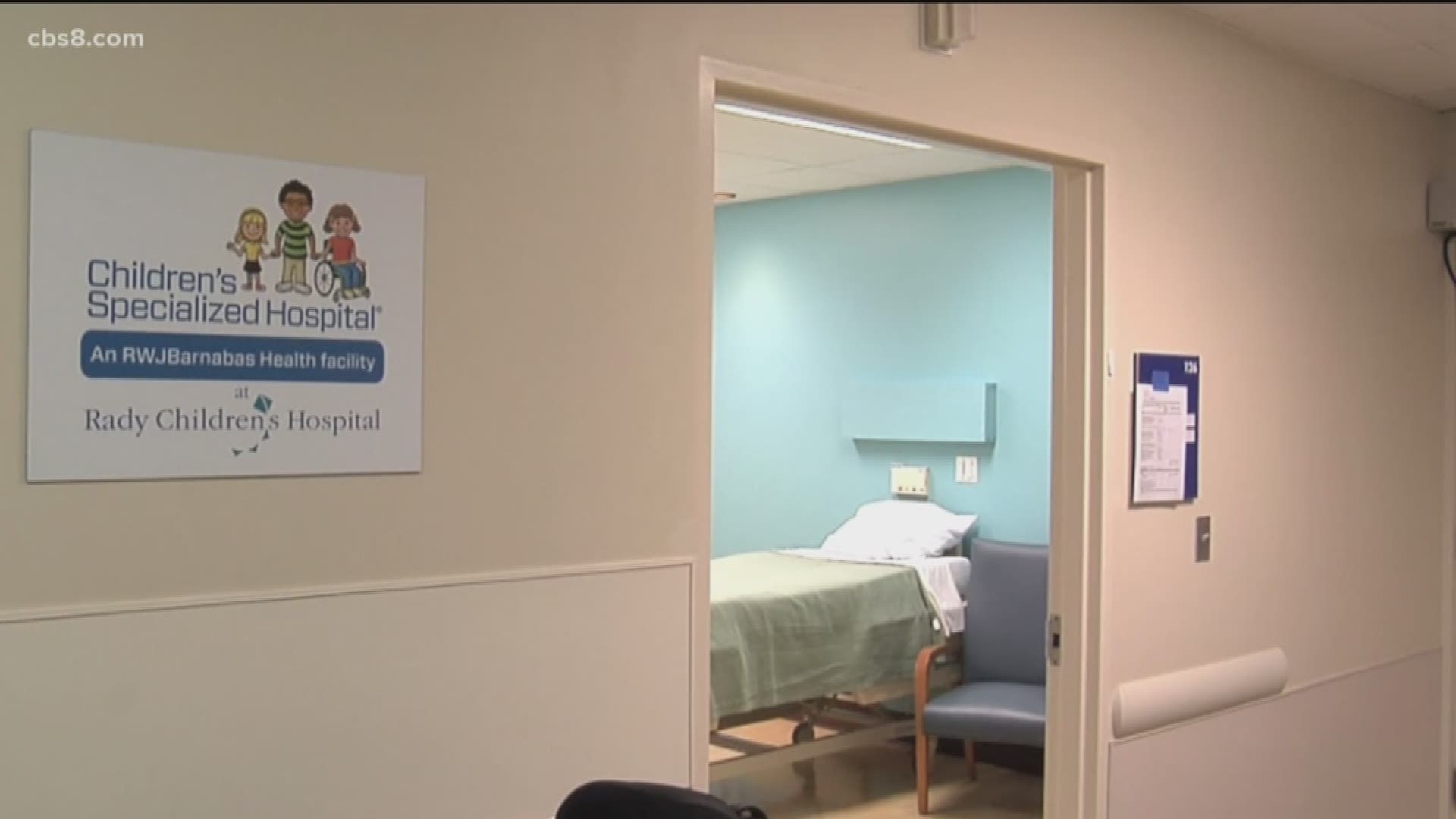 SAN DIEGO — An innovative new pain management program is coming to Rady Children’s Hospital in San Diego. The month-long program is unique in that it treats chronic pain without using any opioids.

Thursday was the launch day of the program, which is the first and only one of its kind in California. The program is an all-day, intense, four-week or so in-patient program tailored to each specific person.

A local family was instrumental in bringing this program to the hospital after they had to go all the way to New Jersey for treatment.

Encinitas high school senior Jasper Neale is now headed to college to play volleyball but when he was starting his freshman year in high school, he couldn't get off the couch or put on clothes because of the debilitating pain he was in.

"It was like all of the worst pain at the same time: hot, cold, and stabbing and pulling,” said Jasper.

The pain stemmed from a stress fracture in his heel bone, which oddly enough had already healed. But Jasper was suffering from a condition called Complex Regional Pain Syndrome or CRPS.

"It's basically when your body thinks there is an injury and there is still pain and it fires all of the nervous system receptors for pain so you feel like you're in excruciating pain, but there's nothing structurally or physically wrong with you,” said Jasper.

Jasper's family says they tried everything, but nothing worked until they found a special in-patient pain program at a children's hospital in New Jersey.

"For like three months, I had not touched water. No shower because it was too painful. The first morning I got there they made me swim laps in the pool for two hours,” said Jasper. “On the first day, [there was] a lot of crying and screaming. The first week was the worst week of my life."

No drugs were used to manage his pain, just a lot of physical and psychological therapy.

After treatment, he came back to high school, excelled in volleyball, and earned a sports scholarship to the University of Toronto.

His father told Rady Children's Hospital about their experience and the hospital worked with the New Jersey hospital to launch the same chronic pain program.