The City of Del Mar says that no additional trees have died from the bark beetle infestation after introducing a new solution using traps to lure and kill the pesky bugs. 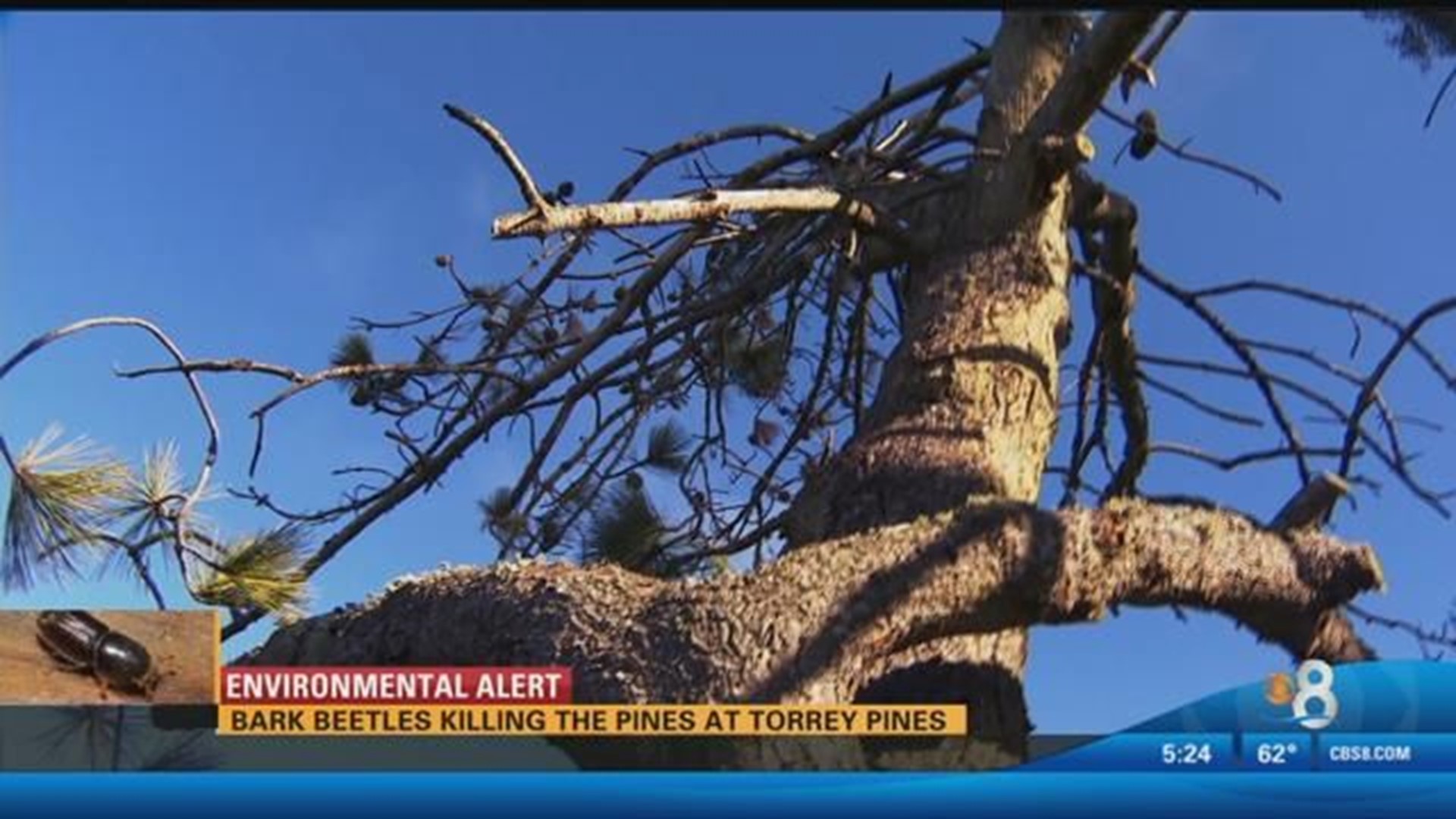 SAN DIEGO (CBS 8) - The City of Del Mar says that no additional trees have died from the bark beetle infestation after introducing a new solution using traps to lure and kill the pesky bugs.

The bark beetle infestation has been an ongoing problem in Del Mar that increased during the California drought. One of the hardest hit areas was the iconic Torrey Pines Golf Course.

"Torrey pine trees are obviously a significant part of what we do," said Mark Maney, head of golf operations for the City of San Diego.

Employees at the golf course have desperately been trying to prevent further damage to the dozens of Torrey pines on the property.

Marney says bark beetles survive by burrowing themselves inside trees. The drought has made trees throughout the region more susceptible to infestation due to a lack of perspiration. Insect infestations are usually contained by the defense mechanisms of healthy trees.

"They've turned brown. They've lost their needles and we've had a number of trees that have died," said Marney.

Marney says he has experimented with different solutions and the solution that seems to work best is a series of funnel traps that use bags of pheromones to attract and kill beetles before they can attack a tree. Six sets were installed in August at the Torrey Pines Golf Course. The traps have also been used at Torrey Pines Reserve, Anderson Canyon and Seagrove Park.

"We try to set up the pheromone traps upwind from the trees that we're trying to protect," said Joe Brise, Del Mar's Deputy Director of Public Works. "They give out the scent of a stressed out Torrey pine tree."

"We’ve trapped about 35,000 bark beetles from the Anderson Canyon locations and about 7,000 from this location,” said Brise.

"It's been a great success," said Brise.

Currently, there isn’t a timeline for keeping the traps, but officials hope that by the spring, there will have been enough rain to make the problem go away.

Del Mar officials say a set of traps costs about $200, which is far less than the $1,200 is would cost to replace a Torrey pine tree.