A plan to make Ocean Beach safer by installing security cameras was met with resistance at a forum on Wednesday night. 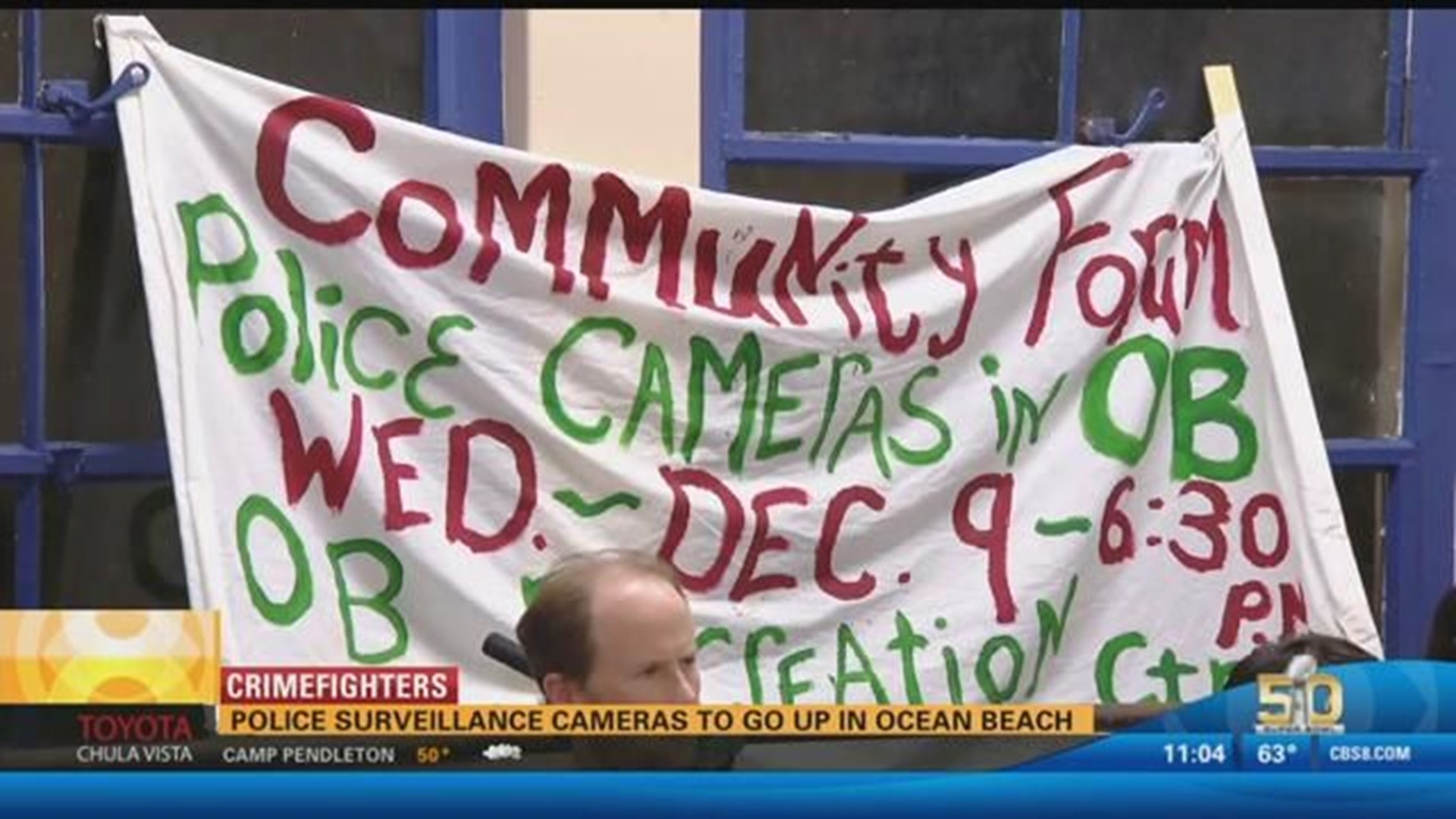 OCEAN BEACH (CBS 8) - Ocean Beach is about to multiply the number of security cameras to protect the community against crime, but some residents complain it feels like a case of big brother.

A plan to make Ocean Beach safer by installing security cameras was met with resistance at a forum on Wednesday night. Other beaches have them and now ten cameras are about to go up in Ocean Beach.

At an outspoken forum Wednesday night, plenty of Ocean Beach residents said it would be too much surveillance and they want their privacy.

Ocean Beach is a hot spot for nightlife, but police said it is also a hotbed for criminals and vandals.

Rick Callejon with the Citizens Against Privacy Abuse (CAPA), launched an Ocean Beach forum about police getting ten surveillance cameras from the pier to dog beach.

"We were not part of the process. We feel blindsided," he said.

"I am committed to providing safe and livable neighborhoods for San Diego. I trust the recommendation of our San Diego Police Department in the use of security cameras to ensure that Ocean Beach continues to be a family friendly environment for both residents and visitors alike. "

Zapf's office also said that since a stabbing near the pier earlier in the year, the Council member's office has received numerous calls from concerned families about crime.

Zapf was able to get $25,000 approved to purchase ten surveillance cameras.

"We are not anti-police. We want more police, but we don't think cameras are a substitution for police," said Frank Gormlie with Citizens Against Privacy Abuse.

Currently, there are two cameras already on the police trailer in the parking lot near the pier.

Julie Klein is an Ocean Beach business owner who has been a target of vandalism. She was one of a very few who stood up in support of the cameras on Wednesday night.

Officials said the cameras will face the beach, not private property and will not be manned 24-hours-a-day.

The money for the cameras was approved by the City Council and police will have them installed early next year.