Illegal gill net fishing in the Sea of Cortez is killing marine mammals, sea turtles, and fish. CBS News 8’s meteorologist Shawn Styles traveled to San Felipe where he teamed up with the Sea Sheph... 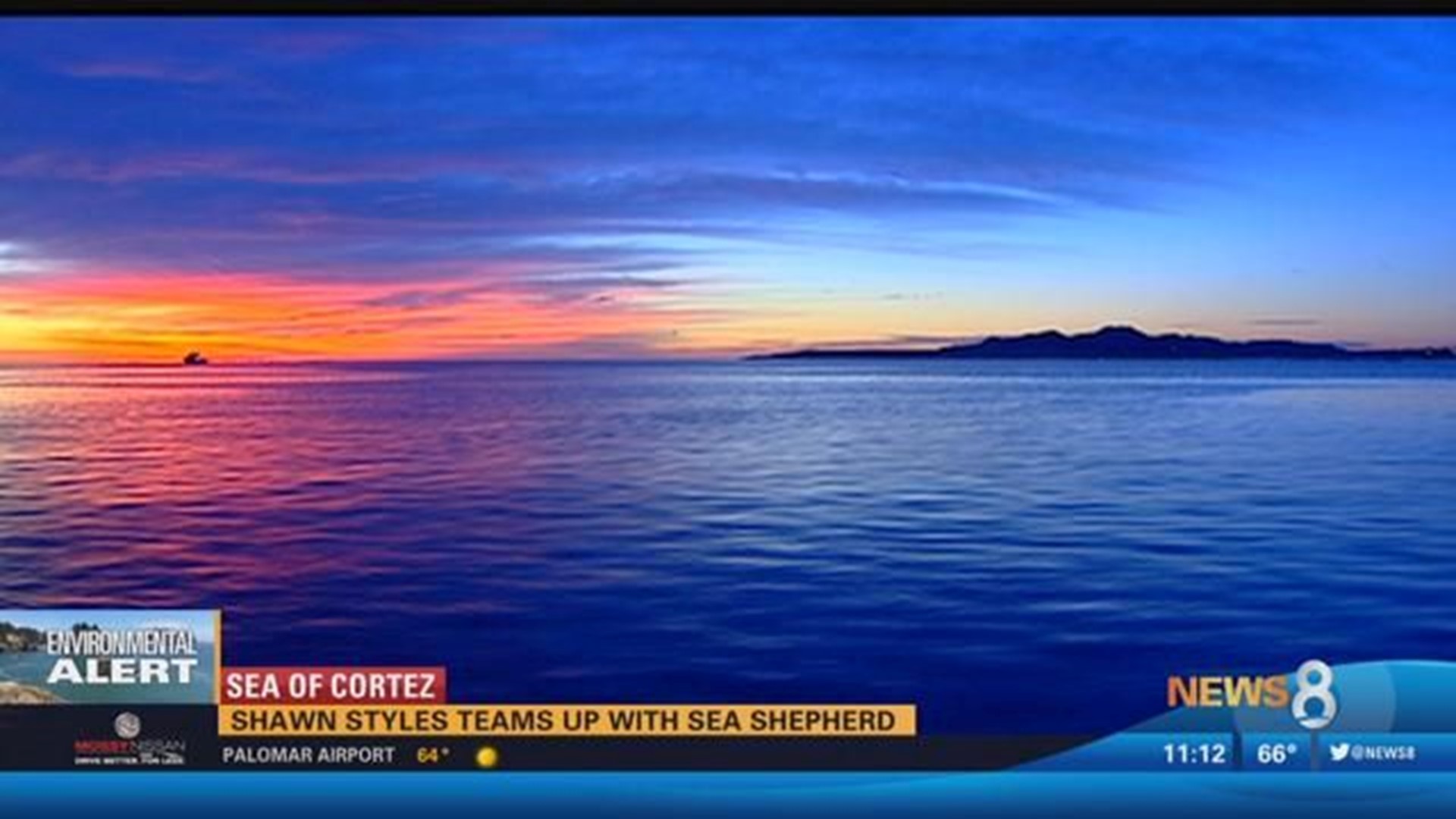 CBS News 8’s meteorologist Shawn Styles traveled to San Felipe where he teamed up with the Sea Shepherd crew to save ocean creatures from deadly, underwater ghost nets.

Just off San Felipe, the 15 person, all-volunteer team will work for the next few months on a mission of conservation for the Sea Shepherd Conservation Society.

The ship's captain explained how they follow a flotilla of panga boats that drags ropes and hooks across the bottom of the sea, looking for underwater ghost nets.

“You have ten pangas cruising down or up 50 meters from each other,” said Thomas Le Coz, captain of the Farley Mowat ship.

“They use a grappling hook on the back and they’re dragging all the way on a specific line or path.  Every time they catch something they mark it for us with a buoy,” said Jean Paul Geoffroy, the ghost net campaign leader for Sea Shepherd.

“From last year, we have more than 250 nets that we have retrieved,” he said.

The abandoned and illegal gill nets trap and drown all sorts of sea creatures.

“I love the ocean.  I love the animals.  I am very worried what is happening now in the world,” said Geoffroy.

Poachers use gill nets to catch endangered totoaba, a fish whose swim bladder sells for big bucks on the Asian black market.

Ghost nets also pose a major threat to the most endangered marine mammal on the planet, the vaquita porpoise.

There are only 30 vaquita left in the northern Sea of Cortez.  Last year, Sea Shepherd found five vaquita floating dead after getting stuck in gill nets.

“We do this because we care.  We are worried about the vaquitas. We worry about all the animals here in the ocean.  It's very important for us,” said Geoffroy.

After a net is hooked, the crew spends hours pulling it onto the ship.  They then cut it up into small pieces so it can never kill again.

The crew finds entangled animals like hammer head sharks and sea turtles.  All the animals are logged, photographed and held as evidence.

Sea Shepherd also uses drones to locate and chase down the poachers who use illegal gill nets off San Felipe.

They radio the Mexican navy and relay the location of the poacher.

Recently, the Mexican government made permanent a gill net ban in the northern Sea of Cortez.

Sea Shepherd is opposed to an ongoing operation off San Felipe to capture vaquita porpoises and breed them in sea pens.