A camera captured the moment a bicyclist was hit by a car and dragged underneath it on a busy street in North Park on Tuesday. 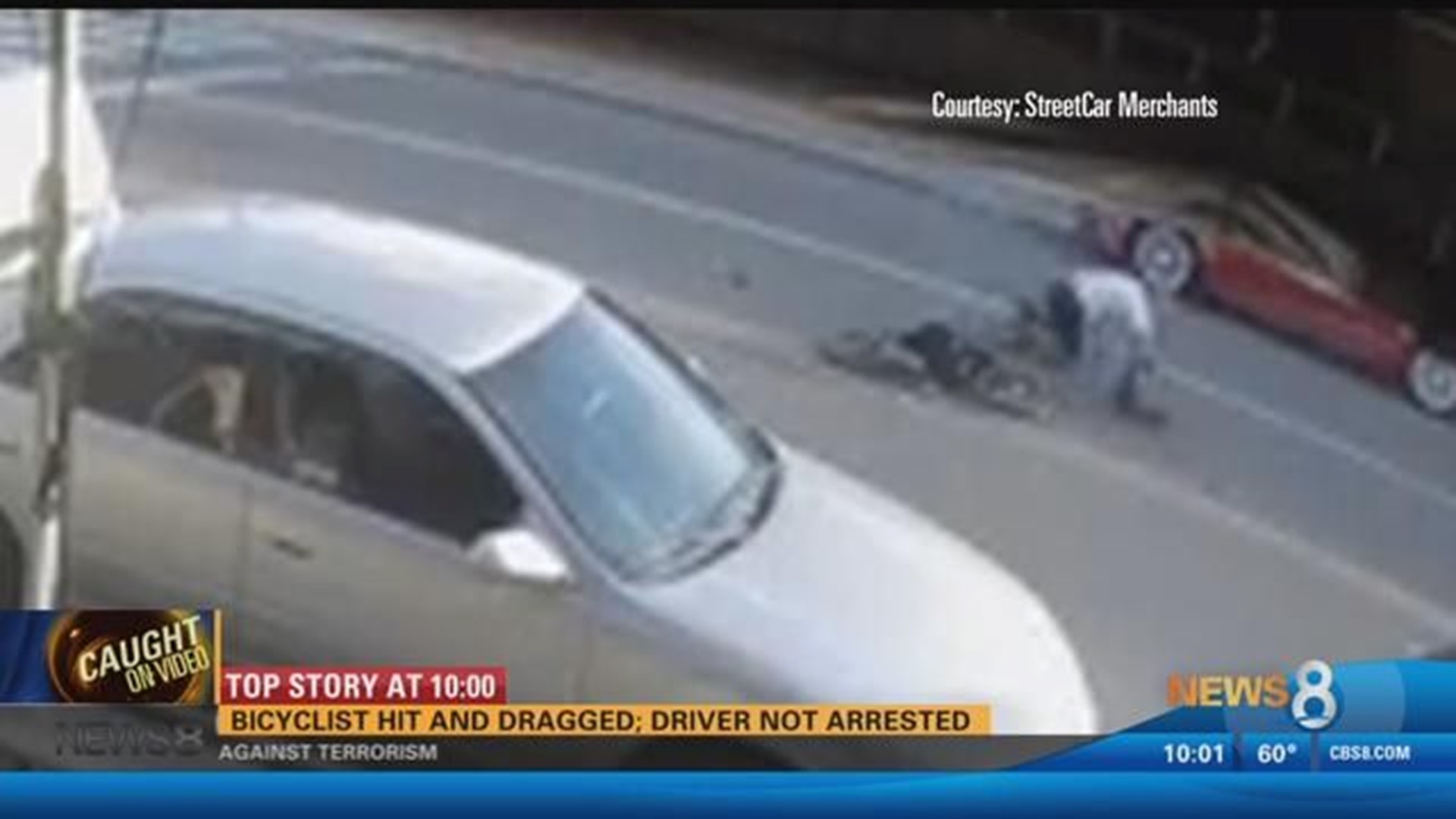 SAN DIEGO (NEWS 8) – A camera captured the moment a bicyclist was hit by a car and dragged underneath it on a busy street in North Park on Tuesday.

The driver took off, but when police caught up to him, they did not take him into custody.

Witnesses said they helped the cyclist after he was hit and so did a police officer who was right behind the car when it happened.

The cyclist was hit and thrown in the air and dragged for about 40 feet in North Park at 30th and Lincoln.

Ron Suel is the owner of StreetCar Merchants Fried Chicken. He said, “It was devastating because you see the gentleman and he's rolling around – obviously in clear pain.”

According to witnesses, the driver was an elderly man with a cane. Coincidentally, a police car was behind the car that allegedly hit the cyclist, but the driver was not taken into custody.

Police said traffic officers are not always called to minor crashes involving a vehicle hitting a pedestrian, often its patrol officers who respond.

“The impact is one thing, but the drag is what really took over. That is when I saw handlebars snap off the bike,” said Suel.

Officers said the driver was not arrested, saying it is an ongoing investigation.

The would-be hit and run happened on Tuesday in front of Suel’s StreetCar Merchants Fried Chicken.

“People who were further down the block were able to jump in front of the car to get the driver to stop,” Suel said.

Sly King who owns Sly King Fitness, also rushed to the scene. “I heard a lot of noise, screeching.”

“A lot of our neighbors got out and helped him [the bicyclist]. I have not seen him in the neighborhood. Unfortunately, I do not know who he is. We want to make sure he is safe and okay,” said Suel.

If you have any information about the crash, the cyclist or the driver call police.