North Park residents came together Thursday night to find a solution to problems at the Observatory Theater. 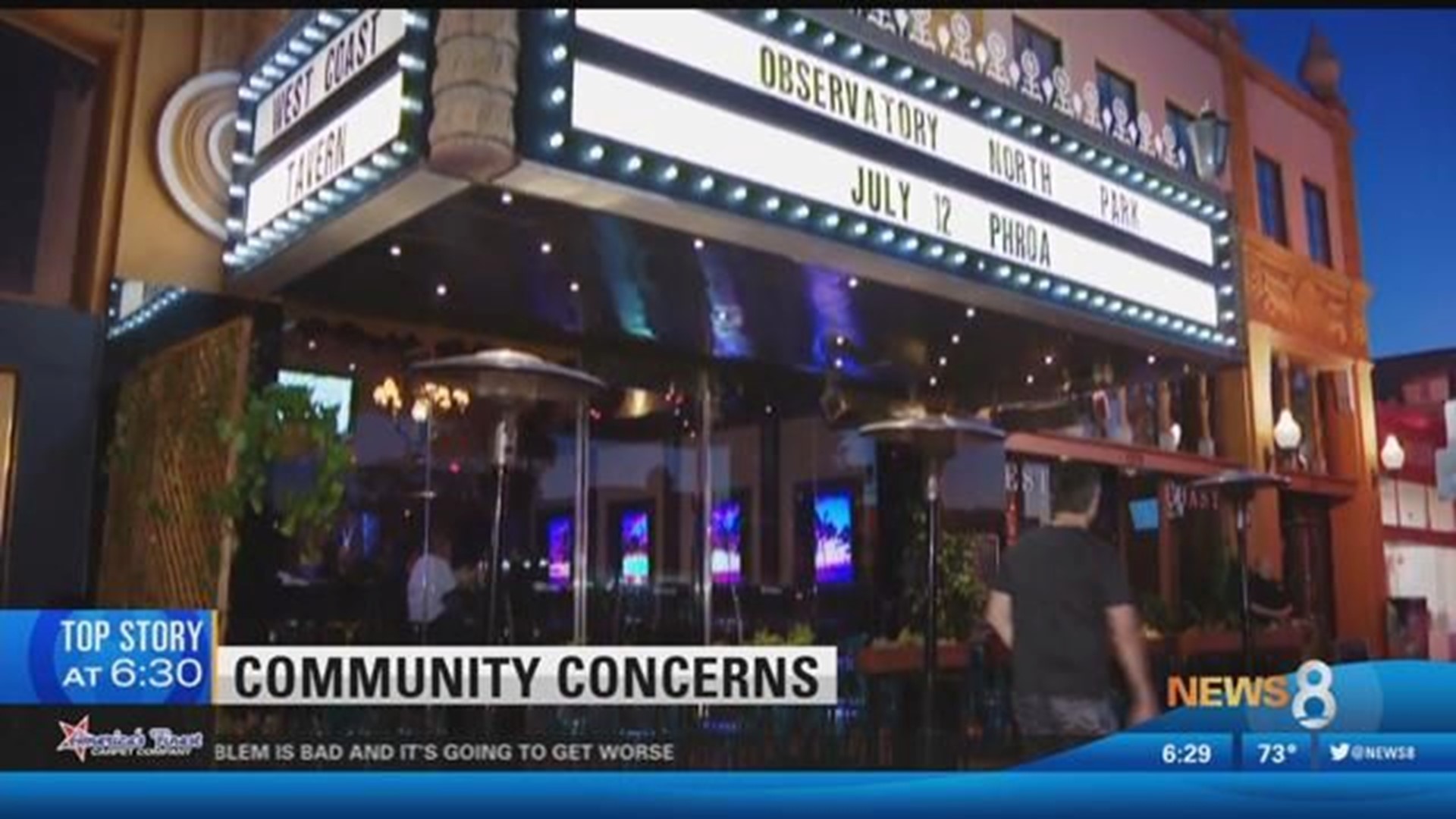 NORTH PARK (NEWS 8) - North Park residents came together Thursday night to find a solution to problems at the Observatory Theater.

While video footage of rapper XXXTentacion getting sucker punched on stage while performing at the Observatory last June may have been shocking, the head pastor of the church across the street said he has quite a video collection of his own.

Pastor Steve Morales with Horizon Park Christian Fellowship and Preschool said they had to put up a fence to protect their property.

"We had a big problem back here by the dumpster, where it was a constant urination and defecating back there. Every night we had to clean it before the students of the preschool here [arrive in] morning," he said.

Residents and business owners said they are grateful for the opportunity to voice their concerns and talk about solutions at a community forum, hosted by Councilman Chris Ward.

Councilman Chris Ward’s plan of action involves making sure “businesses are acting responsibly and are cohabitating well in the neighborhood impact residents."

"Everybody wants peace in the neighborhood and public safety is critically important for me as their council representative, and I want to make sure we all are on the same page," said Ward.

According to Ward, a number of his constituents reached out to his office after the June 7th incident to discuss the facts and find solutions.

Among those in attendance Thursday night was San Diego Police Captain Mike Hastings who told residents he knew their frustrations they are feeling.

Residents want concertgoers out of the streets and have the Observatory do a better job encouraging them to park in the validated parking garage.

Paris Landen, the North Park Observatory manager said Thursday’s forum allows them “to be a community partner and I think that is important.”