SAN DIEGO (NEWS 8) — The city is making progress in cleaning up a notorious hoarding house in the Bay Ho area. Neighbors have been concerned with the amount of trash piling up for some time now. O... 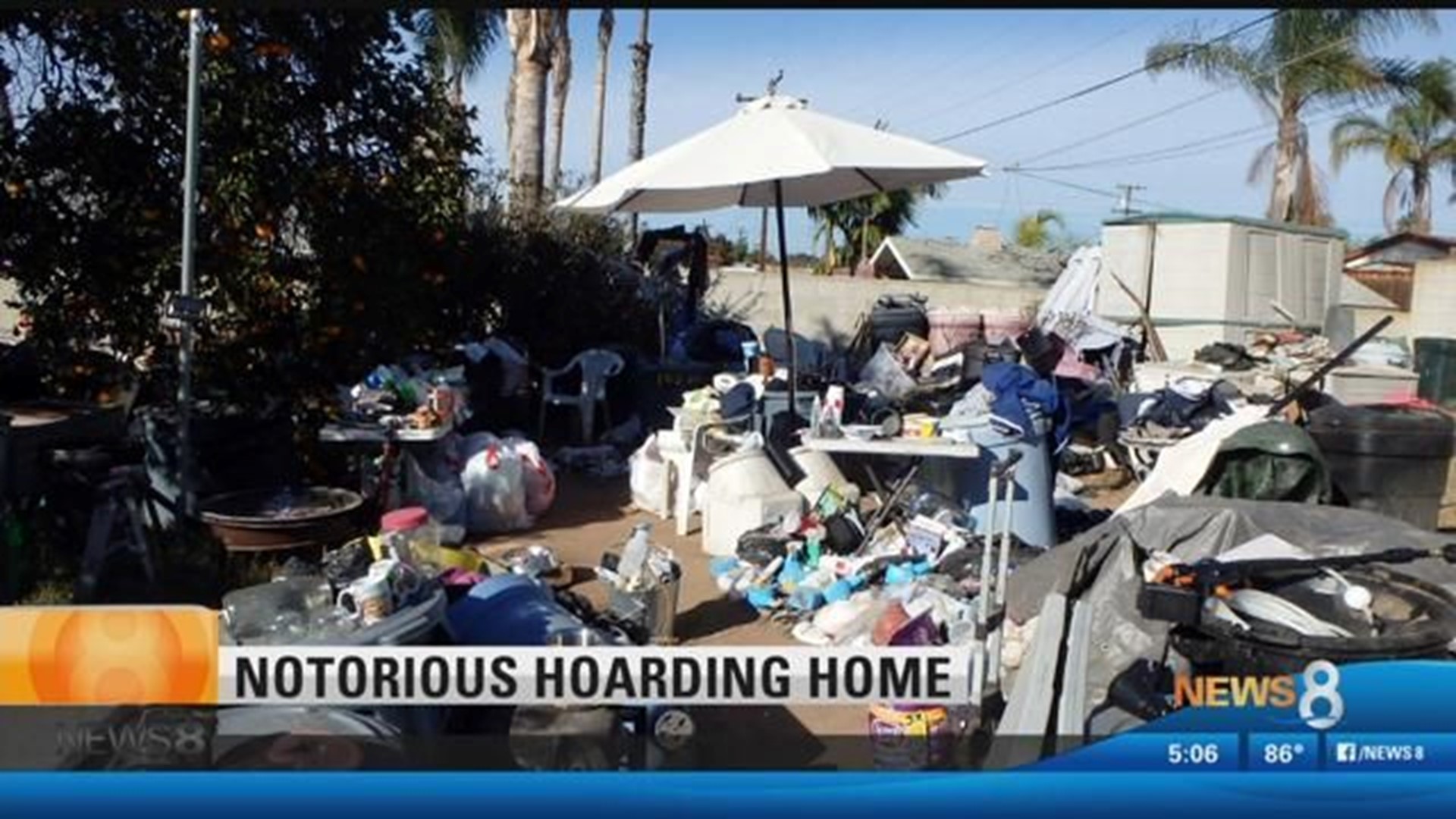 SAN DIEGO (NEWS 8) — The city is making progress in cleaning up a notorious hoarding house in the Bay Ho area. Neighbors have been concerned with the amount of trash piling up for some time now.

On Friday, the City of San Diego finally obtained a court order to begin cleaning up. Some neighbors on Forney Avenue say the home is the eyesore of the community.

"Nobody seems to take care of the house,” said one neighbor who didn’t want his identity used. “I went by not too long ago the garage door was open and it was full.

The first complaint was filed with the city more than two years ago alleging homeowners William and Linda House were living in unsanitary conditions.

Inspectors arrived a few months later and called parts of the home dilapidated and makeshift.

A year later, the junk was piled so high inspectors couldn't open the front door.

"They just have no interest in doing anything with the house,” said the unidentified neighbor. “If you look at the house, it looks like it hasn't had paint in 15 or 20 years.”

But not everyone on the block agrees.

“They may be strange, but they are good people and there's all kinds of people in this world and I've learned to live with them,” said neighbor Jay Smith.

Smith says he's known the Houses for more than 50 years.

“The city came around and wanted me to sign a petition and I told them I couldn't do it because they are such good people,” said Smith.

Others say the Houses made significant efforts to clean up the property in recent months.

Still the city attorney's office spent this year working to place the home in the care of a receiver.

The court appointed one on Friday who's tasked with bringing the property up to code and making sure the Houses get the medical care they need.