Now you can really hold your heart in your hands

When it comes to saving lives, technology plays a huge role and San Diego is on the cutting edge.  Rady Children's Hospital has a unique program using 3-D printed models of children's hearts to hel... 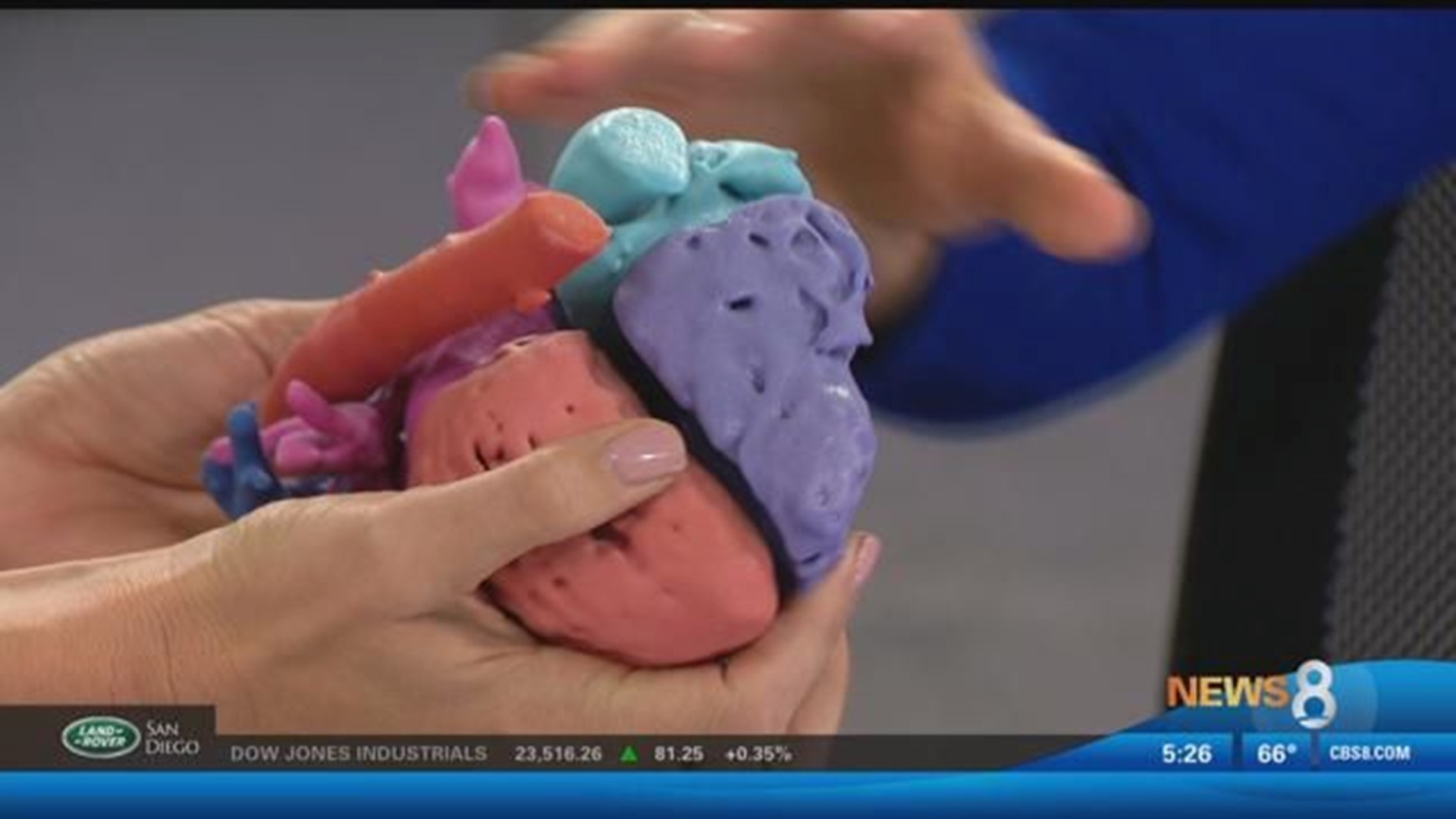 SAN DIEGO (NEWS 8) — When it comes to saving lives, technology plays a huge role and San Diego is on the cutting edge.

Rady Children's Hospital has a unique program using 3-D printed models of children's hearts to help both doctors and patients.

News 8's Shannon Handy had a model of her own heart made and reports on how it all works.

At first glance, Lincoln Matthews appears to be your average five-year-old.

He loves sports - saying basketball is his favorite, with soccer coming in second – his parents and his Kindergarten classmates.

But the reality is Lincoln was born with a heart defect as one in every 100 babies are.

At four days old, he had his first surgery at Rady Children's Hospital and since then has had two others as well as a pacemaker implant.

"He has a very unique heart and the fact that they can make it work to live a normal life is amazing," said Lincoln's mom Kathryn Matthews.

His last surgery in 2015 was his most complicated.

Lincoln's mom was concerned and did some research.

She found out about the benefits of 3-D printed heart models so she asked his cardiac surgeon - Dr. John Lamberti to make him one.

"Turned out we could do it right in our neighborhood," said Dr. Lamberti. "San Diego has an incredible biotech industry and there were multiple sites we could get something like this done."

Since then, Rady Children's has had 30 heart models printed.

Using the technology, a physician can go from evaluating an image of a patient's heart on a screen to holding a lifelike model of it.

Doing so allows doctors to better plan surgeries - even simulating them beforehand.

The models are also used to educate patients about their condition.

"[They are] very helpful and the more complicated the cardiovascular anatomy, the more helpful it is," said Lincoln's cardiologist Dr. Christopher Davis.

Wanting to know more, News 8's Shannon Handy went in for an MRI so doctors could make a model of her heart.

Less than a week later Shannon's heart model had been printed and Dr. Sanjeet Hegde - head of the 3-D modeling program---- showed her the results.

"You can see different parts of your heart that are colored differently to be able to identify anatomy more easily," said Dr. Hedge.

He explained it's a four-step process starting with the initial scan where a three-dimensional computer image is created and emailed to a 3-D printing company and then made.

Currently, there are only a handful of children's hospitals nationwide using this technology and insurance doesn't cover it.

Director of cardiac surgery Dr. John Nigro believes that will eventually change saying the models help doctors get through surgery more quickly ultimately cutting down on recovery time and cost.

"We think that every major center should have this resource available," said Dr. Nigro. "The more we know, the better off we are at treating the condition."

For now, the program relies on donations.

As for Lincoln's family, they're forever grateful.

Not just for him, but for the dozens of children his experience - and his mom's tenacity - have been able to help along the way.

"It makes me beam that we're helping other people," said Kathryn Matthews.