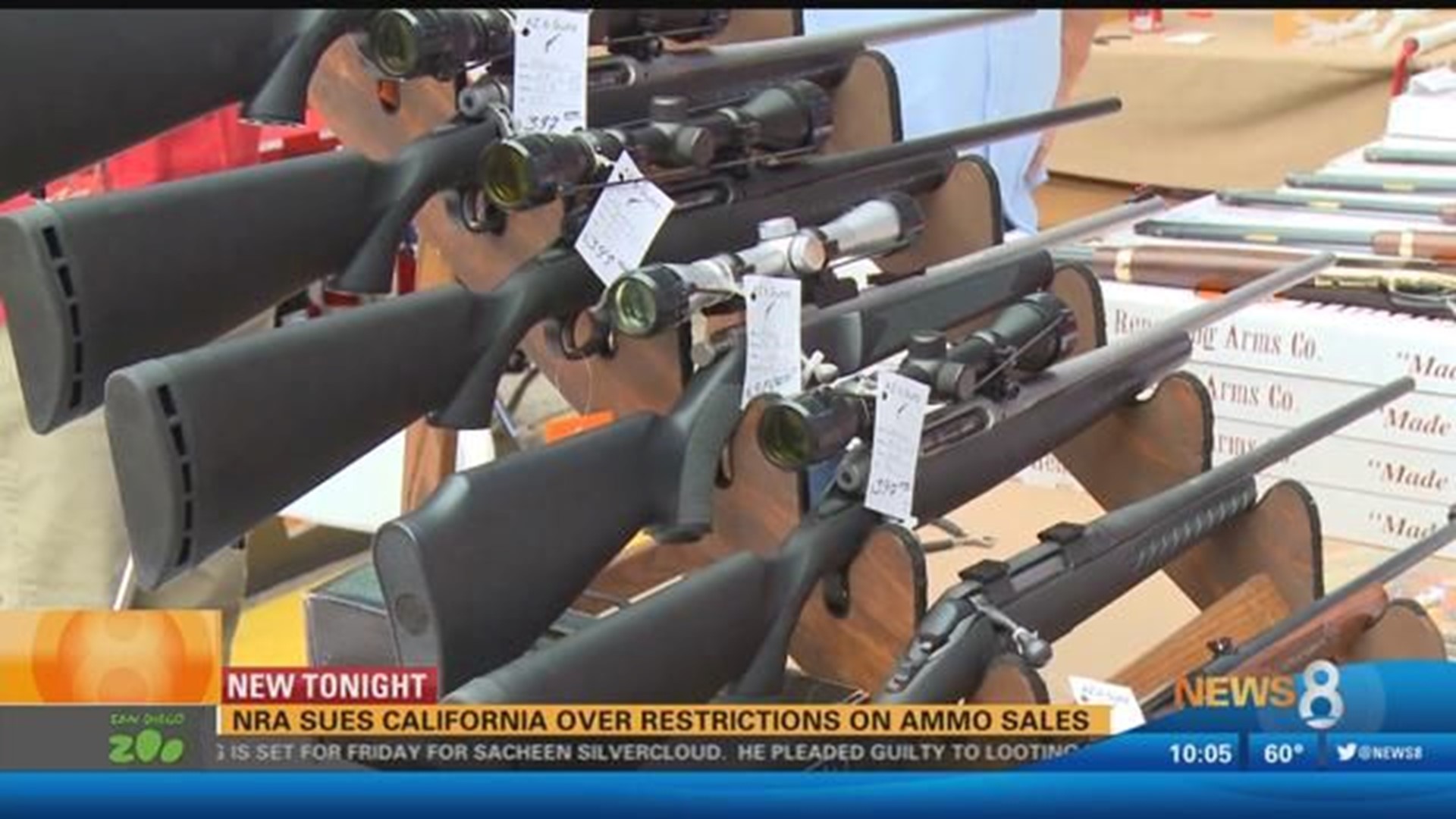 The NRA said it has taken issue with a requirement that essentially bans ammunition purchases from out-of-state vendors over the internet.

The lawsuit challenges specific restrictions like a requirement that ammunition sales be conducted face to face, and a mandatory background checks for those purchases – a component that many still don’t know how the state would implement.

The NRA partnered with the California Rifle and Pistol Association to sue the state, and it is the fourth such lawsuit challenging the state’s gun control laws.

“There are definitely ways that there could be compromises here, but I don't see either sides moving in any of those directions,” Robert Butchko, NRA member.

In the lawsuit the NRA claims the ammunition sale restrictions violate the second amendment and the commerce clause of The Constitution.

Butchko, though an NRA member, has yet to make his first firearm purchase.

“What I don't understand is why I need one permit to buy a firearm and another to buy ammunition. I just worry that the state is going to keep going to the point where they make it inconvenient to buy a gun,” he said.

“Clearly being able to accumulate large stores of ammo is not beneficial to the general public,” she said.

Jason Stevens is an employee at the San Diego Gun Range. He told News 8 his store never sold ammunition online, but when the restriction came in, they did make changes to how they do business.

“We dropped our prices to what the online prices would be last year. We kind of remedied that by cutting out the middle man,” he said.

As for the impending background checks, Stevens said the state of California has not informed them how they will be implemented.

Lt. Governor Gavin Newsome, a co-author of Prop 63, responded to the lawsuit by saying California voters made their decision loud and clear that guns and ammo do not belong in the hands of dangerous individuals. He also said the state would fight the NRA every step of the way.

The lawsuit was filed in the name of six-time Olympic medal winning shooter, Kim Rhode and other gun retailers across the nation.