Obama urges supporters to stay engaged, says he will too

President Obama is on the West coast, making appearances in Oregon, Los Angeles and San Francisco. He is expected to arrive in San Diego Saturday night. 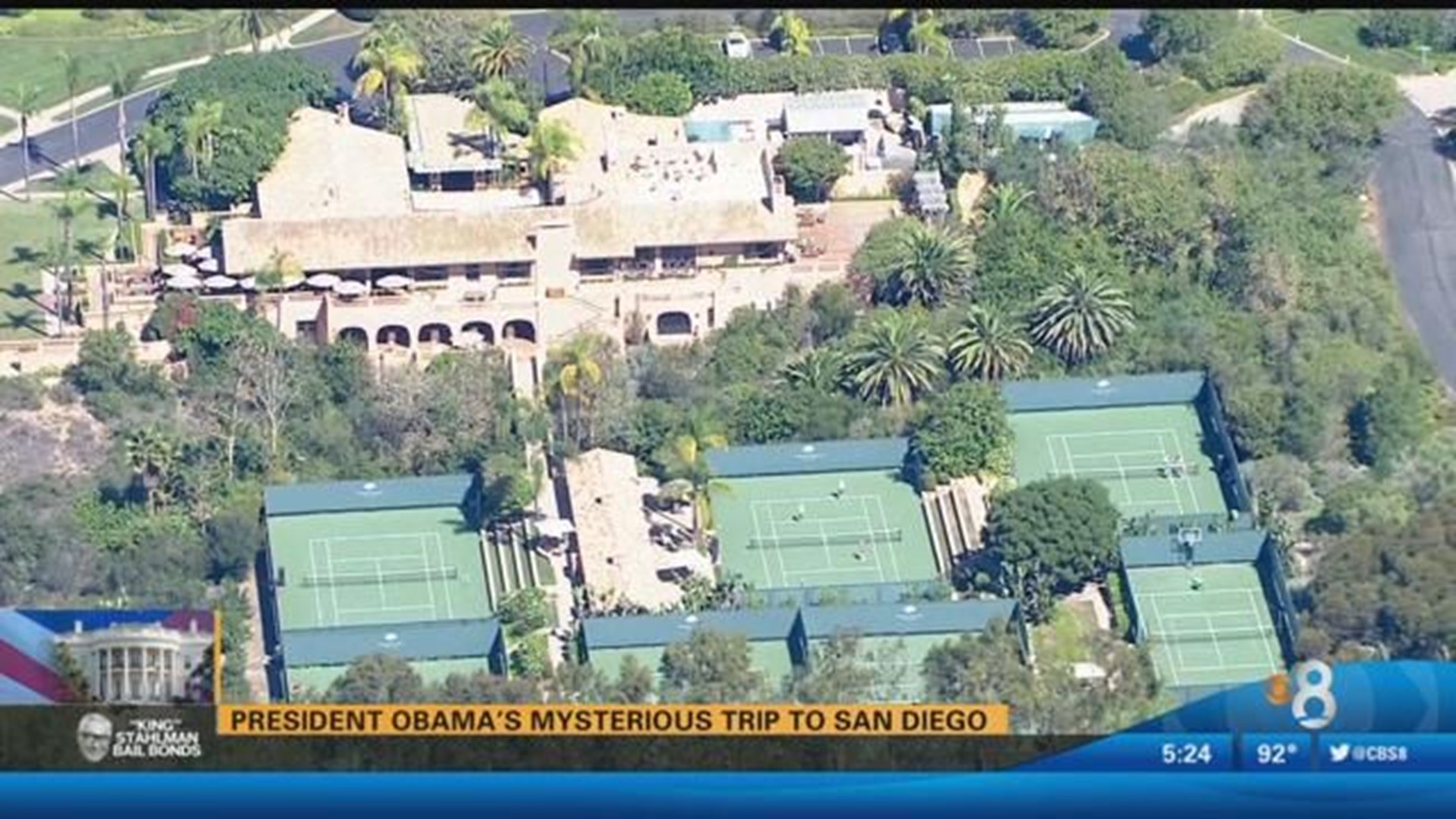 SAN FRANCISCO (AP) — President Barack Obama on Saturday encouraged supporters to be politically active, saying that he plans to remain so when his presidency concludes and declared, "I'm just getting started."

Obama was in California for four fundraisers, one in San Francisco and three in Los Angeles. NBA star Stephen Curry and other members of the Golden State Warriors warmed up the San Francisco crowd. Those attending the Democratic National Committee fundraiser paid between $250 and $10,000.

Obama has been using his fundraising speeches and many others these days to point to progress he said the country has made during the past seven years, including a drop in the unemployment rate and the addition of millions of people to the rolls of those with health insurance.

The president told the 1,000-plus people attending the fundraiser in San Francisco that Republican candidates seeking to succeed him are painting a dismal picture for voters.

"There's almost no measure by which we're not better off than when I took office and when we started this process for change," he said. "But it does kind of make you wonder. Why are so many Republican politicians so down on America? Why are they so grumpy?"

Obama got some of his loudest applause when making the case for changes in the nation's gun laws, saying the amount of gun violence taking place in the U.S. is not normal.

"We know we've got to do something to prevent the kind of gun massacres that we see with growing frequency in this country," he said.

In Los Angeles, Obama attended his first fundraiser at the home of movie director J.J. Abrams. He then went to a fundraiser for the DNC where about 200 supporters contributed up $33,400. Jamie Foxx and his band performed before Obama spoke.

Obama returned to the gun issue near the close of his remarks at the DNC fundraiser in Los Angeles. He noted that he went to Oregon the day before to visit with families of those killed at the community college. Two more college shootings occurred on the same day. While some protested during his visit, Obama said he felt just as strongly that such shootings are not inevitable and that the public should encourage lawmakers to take on the gun issue.

At times on Saturday Obama referenced the GOP's struggles to find a replacement for House Speaker John Boehner. He said during his final Los Angeles fundraiser, which supporters paid up to $33,400 to attend, that even deeply conservative lawmakers are not considered ideologically pure enough.

"At this moment in history, the choices are stark and facts, evidence and values are on our side," he side. "And the other side has gone off the deep end."

The White House said that Obama called Turkish President President Recep Tayyip Erdogan to express his condolences for the twin explosions Saturday that killed at least 95 people attending a peace rally in Ankara.

Obama was scheduled to go to the San Diego area for golf on Sunday and Monday, then head back to Washington.

[This is an update to the previous story below]

SAN DIEGO (CBS 8) - President Obama is on the West coast, making appearances in Oregon, Los Angeles and San Francisco. He is expected to arrive in San Diego Saturday night.

President Obama is scheduled to spend Saturday and Sunday in San Diego, but the reason for the visit remains a bit of a mystery.

The White House has confirmed Air Force One will land around 8 p.m., at Miramar on Saturday with President Obama on board.

There are no planned public appearances while he is in San Diego, but rumor has it, he will be staying in the Rancho Santa Fe area.

On Friday, it appeared to be business as usual at the Rancho Valencia Hotel and Spa, where President Obama is rumored to be staying during his San Diego visit.

Emily Kelly works at Cafe Positano, inside a shopping center just down the street.

"I think he's been through a lot of hard work and needs a vacation, and what better place to come than sunny San Diego," she said.

Kelly said she had not noticed any Secret Service or other suspicious activity in the area.

"Haven't seen any Secret Service. Nobody suspicious in a suit, I don't think," she said.

Natalie Maxwell owns a Floral Palatte. She said it's exciting to know the president may be staying nearby this weekend. She even has some tips if the rumors turn out to be true.

"Maybe have a glass of rose at Dolce, right in the plaza, and then come here for flowers" she said.

The last time Obama visited San Diego was back in May of 2014, when he held a fundraiser at Qualcomm founder Irwin Jacob's La Jolla home.

This time around, Obama is reportedly in town on vacation.

White House officials will not disclose details of his visit, but signs seem to point to Rancho Valencia because its partly owned by the Jacobs family.

Rates at the five star luxury hotel start around $600 a night, and private villas are in the thousands.

As for what else the president could be up to while in San Diego, some have said that perhaps a round of golf at Torrey Pines, or The Bridges in Rancho Santa Fe.

Neither courses or Rancho Valencia will confirm a presidential visit, but if there is one, you can be sure they will be ready.

CBS News 8 will be covering President Obama's arrival on Saturday.