Residents in Ocean Beach are fighting back against a construction project they say is too big for their neighborhood. 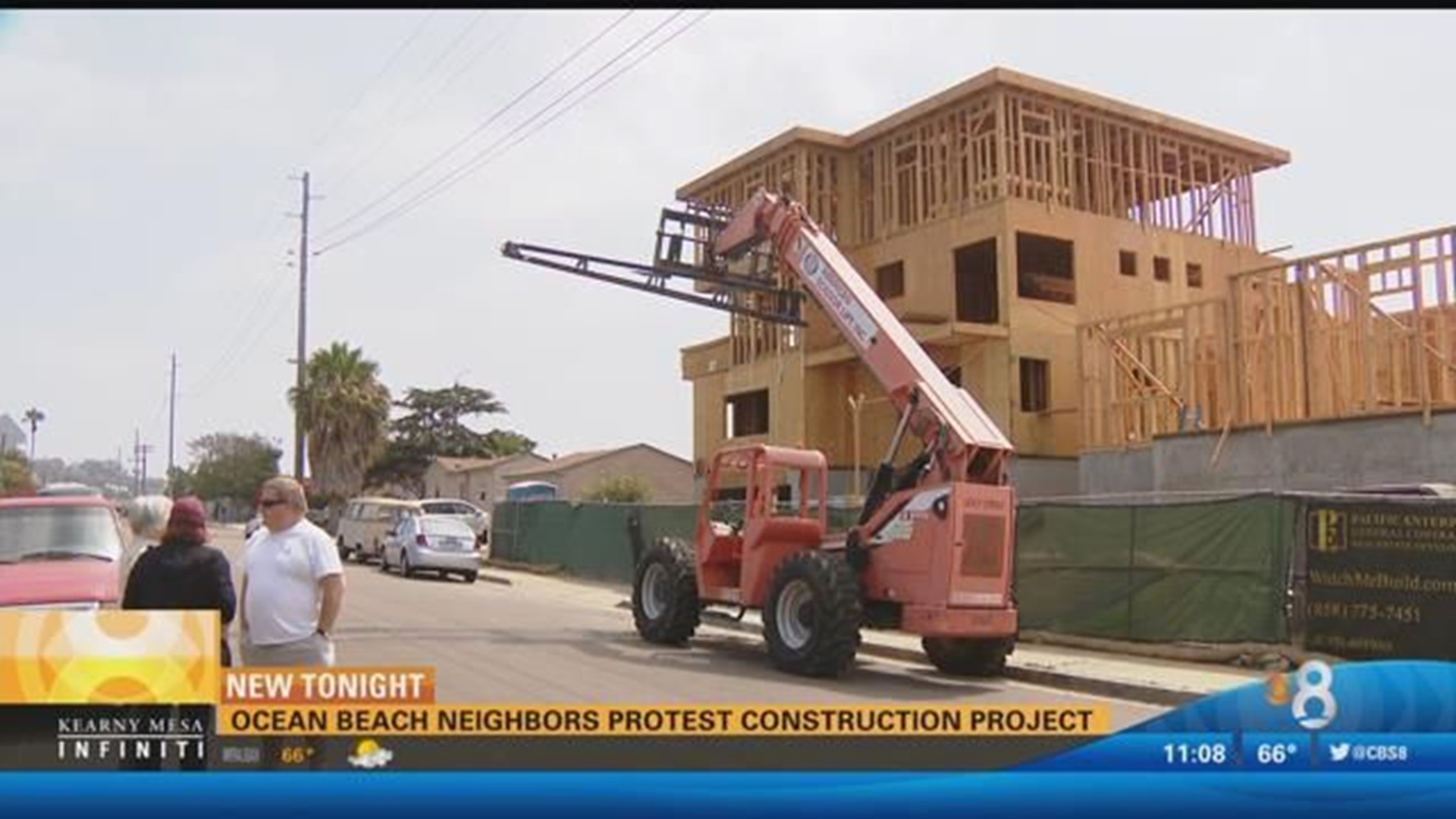 SAN DIEGO (CBS 8) - Residents in Ocean Beach are fighting back Saturday against a construction project they say is too big for their neighborhood.

The construction project is being built on the corner of Ebers and Greene Street.

According to neighbors, the development does not fit into the make-up of the neighborhood. Neighbors said the project is taller than the 30-foot height limit and they will lose parking.

Allison and Mick Rush have lived in the area for 25-years. The couple said the project "is a nightmare" and it "is too close" to their house.

Other neighbors have also complained to the city and the Ocean Beach Planning Board about the titanic development.

"We want to maintain and put healthy boundaries around before we turn around and there are high rises all over the place," said Tiffany Swan.

Planning Board Chairman John Ambert told CBS News 8, the developer requested an "addition to the home." In doing so, it was able to bypass the Development Service, DSD, Coastal Zones and community input. Thus, a permit was issued to the developer.

The developer, Nelcro Properties, did not return CBS News 8's request for comment. Chairman Ambert said the project is clearly two homes on one piece of property - which is a zoning violation.

Mr. Ambert blames the DSD for failing to properly review the application.

Neighbors are planning to protest Saturday. A move that worked for Point Loma families who rallied against the Emerson development that was over the 30-foot height limit.

The mayor issued a stop work order in Point Loma and since then, a level was removed from the project.

Ocean Beach residents said they want the same support for their coastal community.

Chairman Ambert said he has requested a meeting for next week with Councilwoman Lorie Zapf, the mayor and DSD.