To the dismay of many Ocean Beach residents, major retailer Target Express is poised to take over an antique shop on Newport Avenue. 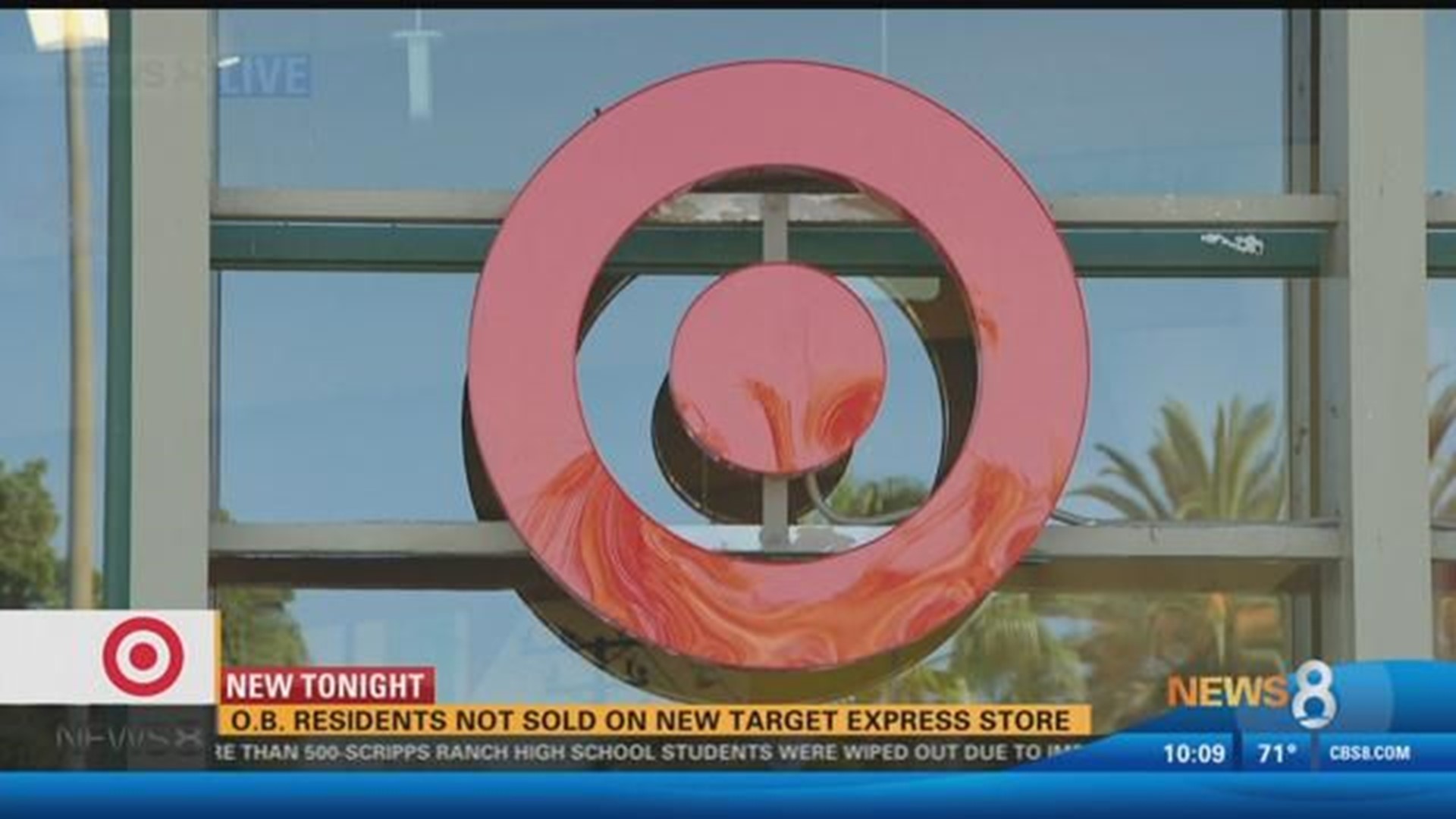 OCEAN BEACH (NEWS 8) - To the dismay of many Ocean Beach residents, major retailer Target Express is poised to take over an antique shop on Newport Avenue.

The large commercial building has been a staple in Ocean Beach for years, but has been on the market for over a year for $6.5 million.

The property realtor said the owners wanted to preserve the building as an antique shop, but nobody was stepping up to take over and buy it. Further, other businesses could not afford to put down a deposit on the 18,000 square-foot building in the 4800 block of Newport Avenue.

One issue the antique shop faced was the limited parking, but that does not seem to stop Target, which according to the property realtor is at the top of the seller's list.

Some locals didn't take the news of a possible Target Express coming into their community well.

"I am going to die inside if that really happens," said Chapter One Tattoo Owner, Cash Scott.

Another Ocean Beach resident, Landon DeBano said, "it's too corporate for OB."

Too corporate perhaps, but Tony Franco with Franco Realty Group said they reached out to bowling alleys and other grocery stores - among them, Trader Joe's and Whole Foods.

"We reached out to Liberty Station and other major developers, it just does not make sense for them," said Franco.

The proposed Target Express would be a scaled down version of a full-box retail Target - including groceries and a pharmacy.

In 2015, South Park residents unsuccessfully rallied against the current Target Express in the neighborhood.

Described as eclectic, Ocean Beach is known for having few chain shops. In 2001, residents protested a Starbucks that now sits on the corner of Newport Avenue and Bacon Street.

Currently, there is a CVS, a Rite Aid and a community grocery store around Newport Avenue.

A long-time Ocean Beach business owner told News 8, on the condition of anonymity, they supported the Starbucks and now support the owner if he wants to make it a Target.

The owner of the building is Craig Gerwig, who is also a board member on the Ocean Beach Main Street Association.

Arlene Fink who is on the Town Council said she will fight to keep Ocean Beach local.

"I am hoping that when people hear a Target is coming into our little neighborhood, Express or otherwise that they ban together," she said.

Target Corporate did not return News 8's request for comment, but the realtor said the deal to take over the antique shop could take six months to a year.

The closest full-size Target store to Ocean Beach is located on Sports Arena Boulevard, about 2.7 miles or a 12 minute drive from the coastal community.