Community members in Ocean Beach said they are still not getting answers about the removal of a beloved tree in their neighborhood. 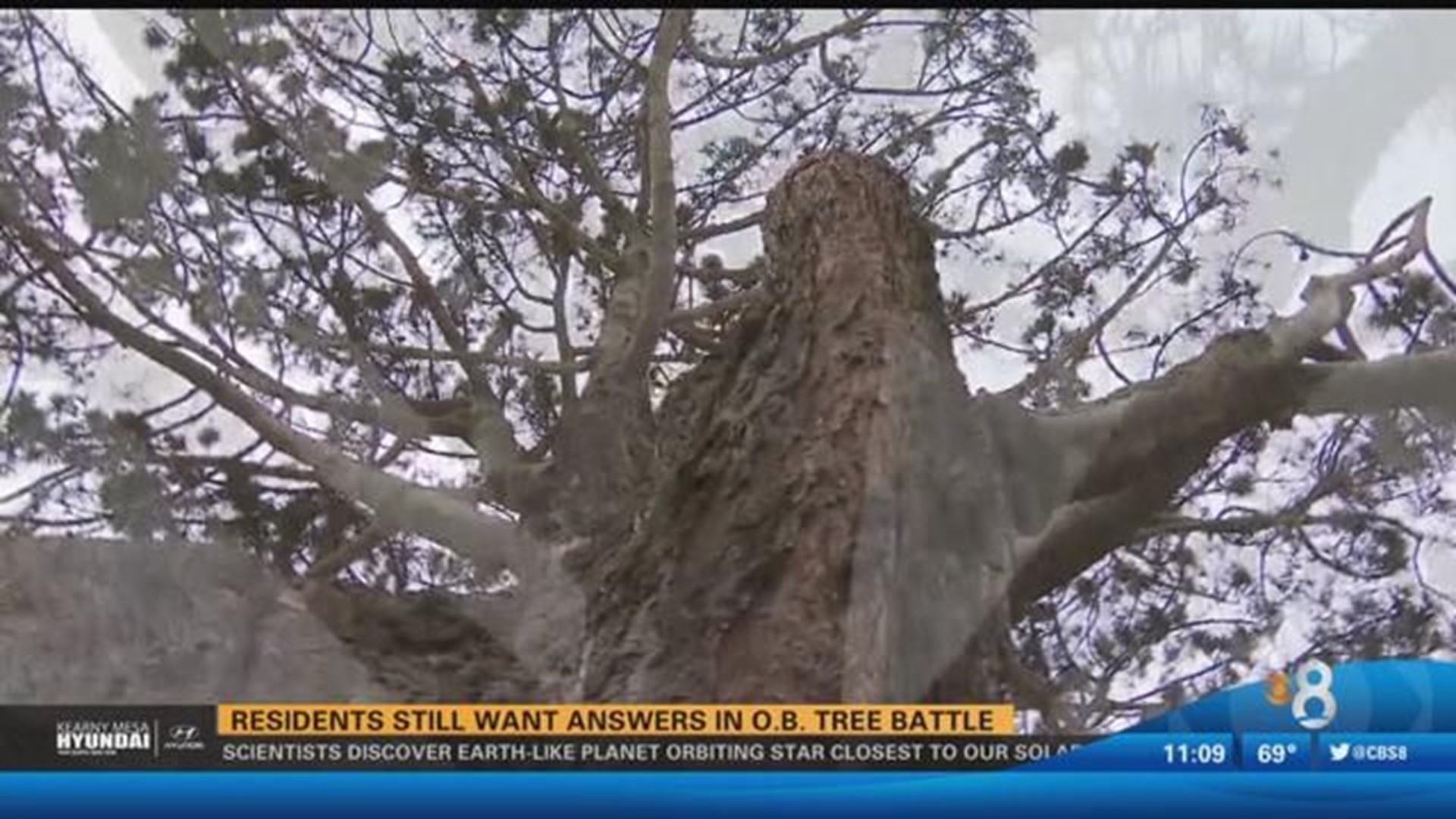 OCEAN BEACH (CBS 8) - Community members in Ocean Beach said they are still not getting answers about the removal of a beloved tree in their neighborhood.

The decades-old tree was cut down Monday despite outcries from residents and on Wednesday night residents pressed the city for answers on why crews tore down the Torrey Pine on Saratoga Avenue.

Only two weeks ago, an Ocean Beach activist held a tree-off by circling and hugging the 90-year-old Torrey Pine to stop crews from tearing it down.

"At the end of the day it was a one-way communication the city was directing on what was going to happen. There was no dialogue of how that process could be approved," said John Ambert, Ocean Beach Planning Board Chairman.

Now neighbors feel ignored and are questioning where the wood went, and who benefited from the wood.

Councilwoman Lorie Zapf's representative cited a public safety issue and when that happens he said it wipes out all other procedural steps but admits improvement can be done.

Fear remains among Ocean Beach residents about what can happen when the city wants to tear down other Torrey Pine trees.

Councilwoman Lorie Zapf's representative said there are three things they are looking to do: updating the community forestry advisory plan, looking at future issues that could pose a danger for trees and planting more trees at Sunset Cliffs Natural Park.