A new twist has emerged in the battle over a 90-year-old Torrey Pine in Ocean Beach. After a fight by neighbors to save the tree, there now appears to be a change of heart. 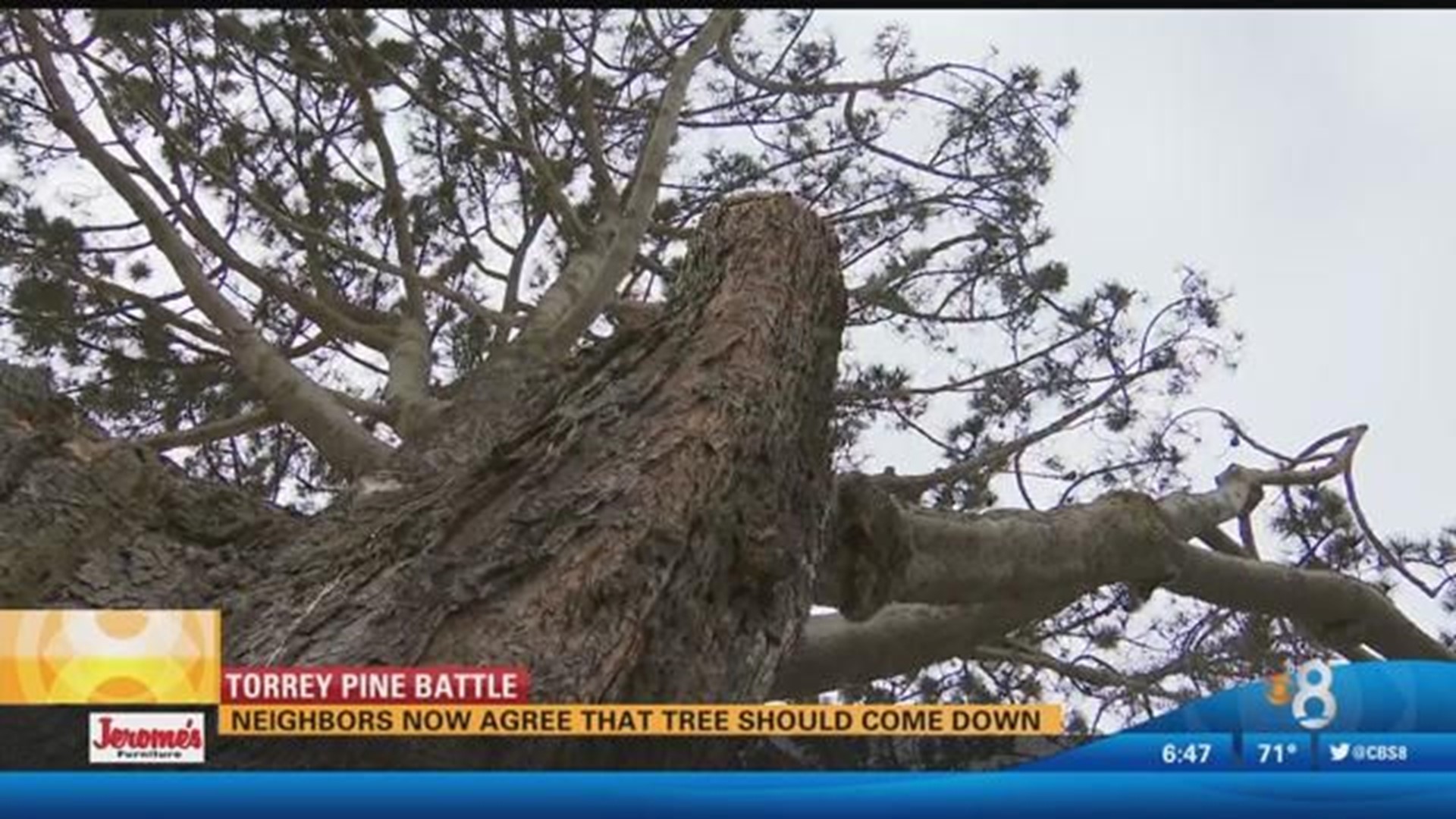 OCEAN BEACH (CBS 8) - A new twist has emerged in the battle over a 90-year-old Torrey Pine in Ocean Beach. After a fight by neighbors to save the tree, there now appears to be a change of heart.

Following opposition from residents, the City of San Diego temporarily suspended plans to remove the failing tree from Saratoga Avenue in Ocean Beach last week. The work had been scheduled for the morning or Friday, August 12.

Now those opposed to the tree removal could be changing their minds. A group named Friends of Peninsula Trees agrees with the city's stance that the tree is not healthy enough to save.

They said the failing condition of the tree is a direct result of neglect and lack of proper maintenance by an underqualified tree service that was subcontracted through the City of San Diego.

Moving forward, Friends of Peninsula Trees wants to partner with the city to maintain the welfare of other trees. The groups is asking the city to commit emergency funds to the Urban Forest Management plan of 2015 and a climate action plan.

Jeremy Barrick, a board-certified master arborist and the city's urban forester program manager, inspected the tree with other experts and decided it needed to be removed.

RELATED: Ocean Beach Torrey Pine: To cut or not to cut?

"Public safety is of the utmost importance, and while our goal is to maximize the environmental benefits of trees, we must balance the risk of trees with the preservation of trees," Barrick said.

"We have monitored and reviewed this tree for several months and consensus among multiple arborists is that this tree must be removed to entirely eliminate the risk of catastrophic failure," Barrick said. "In order to extend the benefits of this tree, we will be working with a local artist to re-purpose the wood and work with the community in planting replacement trees."

Two nearby Torrey pines were uprooted by storms over the most recent winter, according to city officials.

As part of its plan to address the impacts of climate change, the city is completing an assessment of its tree inventory, and is set to embark on a tree planting program to increase the canopy in San Diego neighborhoods.