Due to a sighting of a hammerhead shark, Oceanside lifeguards have temporarily closed the city's ocean shoreline from Wisconsin Avenue to Harbor Beach. 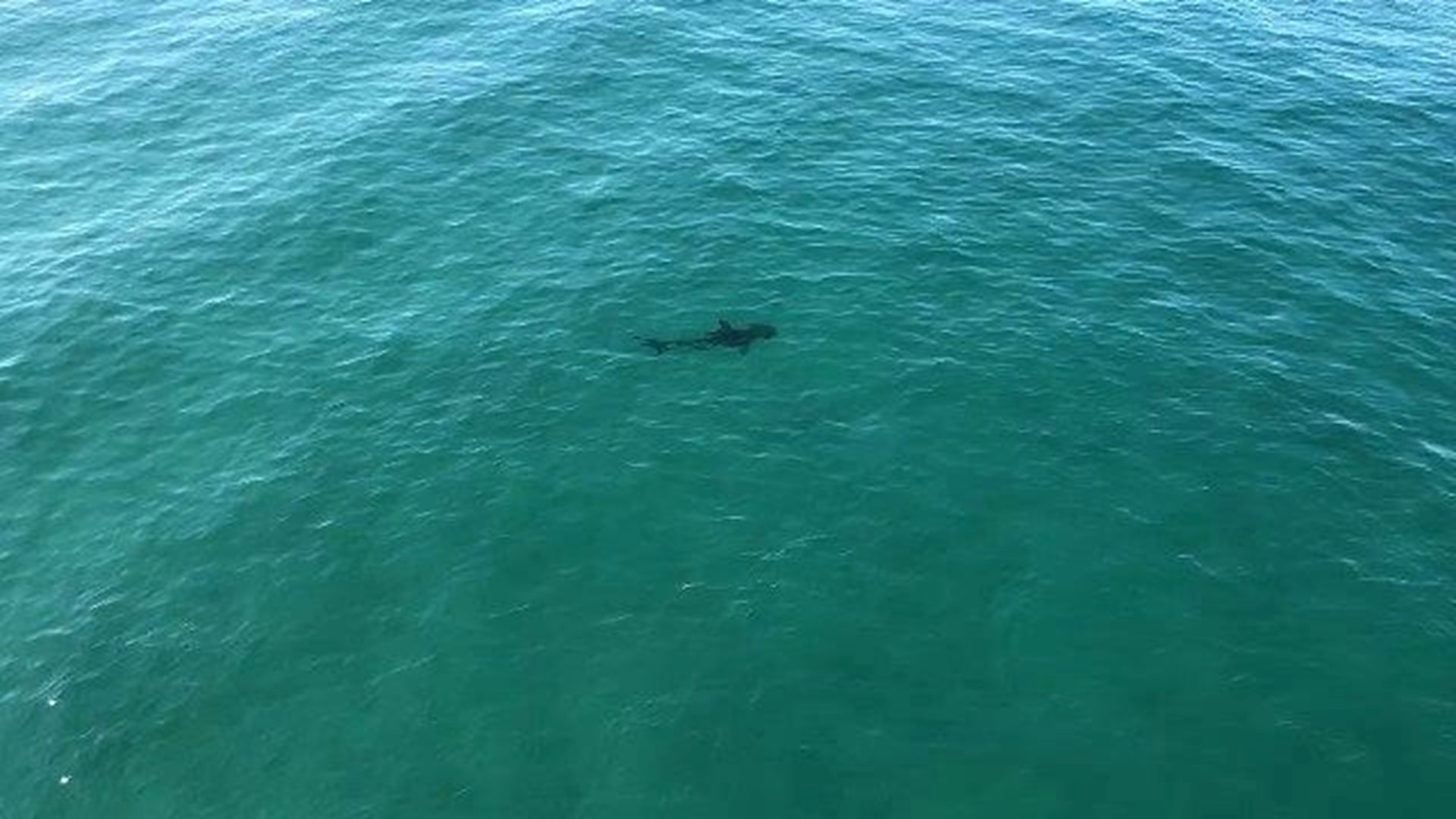 OCEANSIDE (NEWS 8) — A shark sighting Tuesday morning forced lifeguards to close a two-mile section of beach in Oceanside. The approximately nine-foot long hammerhead shark was first spotted around 8:30 a.m. and again around 10:30 a.m.

The beach was reopened to the public around 2:30 p.m. Tuesday afternoon.

While out on the Oceanside Pier fishing Toeby Gainey said he saw something stand out in the water.

The hammerhead shark was spotted swimming roughly 100 yards off shore on the south side of the pier.

“You could see the helicopters were out,” said Toeby. “There was a red rescue boat that said, ‘please get out of the water.’”

Oceanside lifeguards wasted no time clearing the beach after the sighting.

“We are definitely going to err on the side of caution and make sure that we keep everybody out of the water,” said Oceanside Lifeguard Sgt. Mason Turvey. “We did have some video and photos of the first [sighting], but it was really grainy.”

Lifeguard dispatch was on the pier when crowds spotted it.

“[He] heard a few people from down below yelling ‘shark’ so he stepped down on the deck, took a look down,” said Turvey.

Beach closure signs went up to shut down about a mile in each direction for up to four hours.

“We’re a little bummed because they wanted to get in the water, but we weren’t going to get too far,” said a Utah woman visiting California for the first time. “We definitely don’t want to get in with sharks in there.”

Crews sent out their yellow search boat to inspect for any more hammerheads close to shore once it was all clear the beach was back in business.