A hit-and-run crash near Buddy Todd Park left an Oceanside police motorcycle officer injured and a suspect in custody Monday. 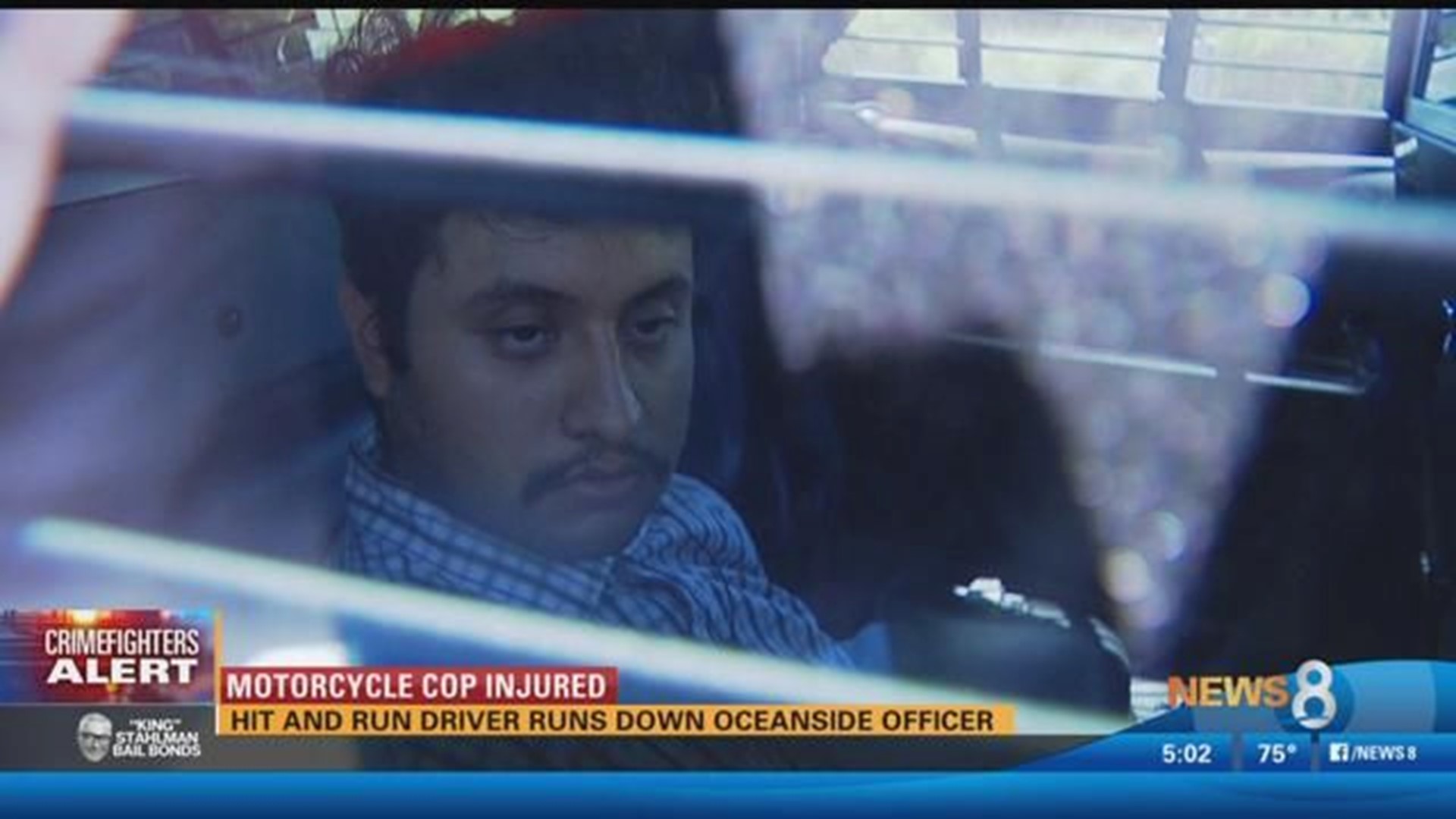 The lawman was conducting a traffic stop on Foussat Road at Oceanside Boulevard when a silver Dodge Neon occupied by two men turned onto the street and hit him about 10:30 a.m., according to the Oceanside Police Department.

The driver of the compact car continued on to the south, then made a left turn onto Industry Street and fled to the east for several blocks before pulling to a stop in the middle of the roadway near El Camino Real. He and his passenger then jumped out of the vehicle and ran off, OPD spokesman Tom Bussey said.

With help from witnesses, officers took one of the suspects into custody a short time later at a nearby light-rail station. It was unclear if he had been driving the Dodge or riding in it, Bussey said.

The detainee's cohort remained at large this afternoon.

Medics airlifted the motorcycle officer, who was conscious and alert following the crash, to a trauma center for treatment of non-life-threatening injuries. The patrolman, whose name was not released, has been with the Oceanside Police Department for more than 25 years, according to Bussey.

Stretches of Foussat Road and Industry Street were closed for a time to allow for investigation of the crash.