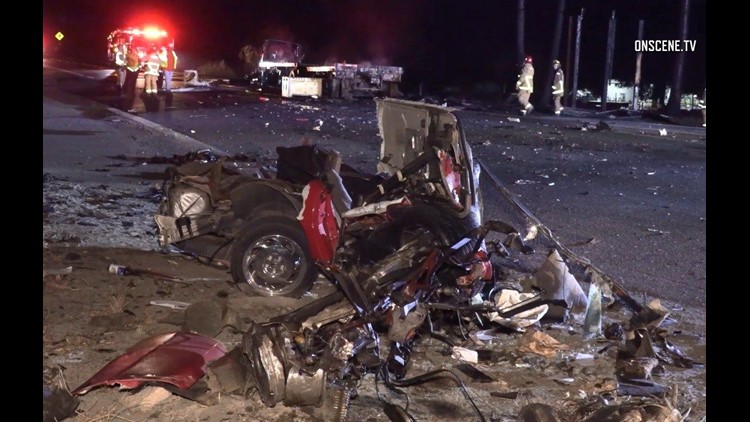 One person killed in fiery crash in Pala

One person killed in fiery crash in Pala

PALA (NEWS 8) - At least one person was killed late Friday afternoon in a fiery broadside collision between a big rig and a passenger vehicle on a rural highway in northern San Diego County.

The fatal crash occurred about 4:30 p.m. in the 12700 block of state Route 76 in the Pala area, according to the California Highway Patrol.

For an unknown reason the driver of a 1996 Chevrolet Corvette, travelling westbound on SR-76 at approximately 80 miles-per-hour, allowed his vehicle to enter the eastbound lane and collide head-on with the Ford Automax.

The collision caused the Ford Automax to immediately catch fire as the driver safely exited without injury. He was identified as 52-year-old Jose Solorio of Sun City.

The driver of the red Corvette, who authorities identified only as a white male, did not survive the crash, according to CHP.

The SR-76 traffic lanes remain closed as the investigation continues.

The cause of the collision remains under investigation.