The San Diego County Fair gates will open at 4 p.m. Friday and opening day admission is only $4. 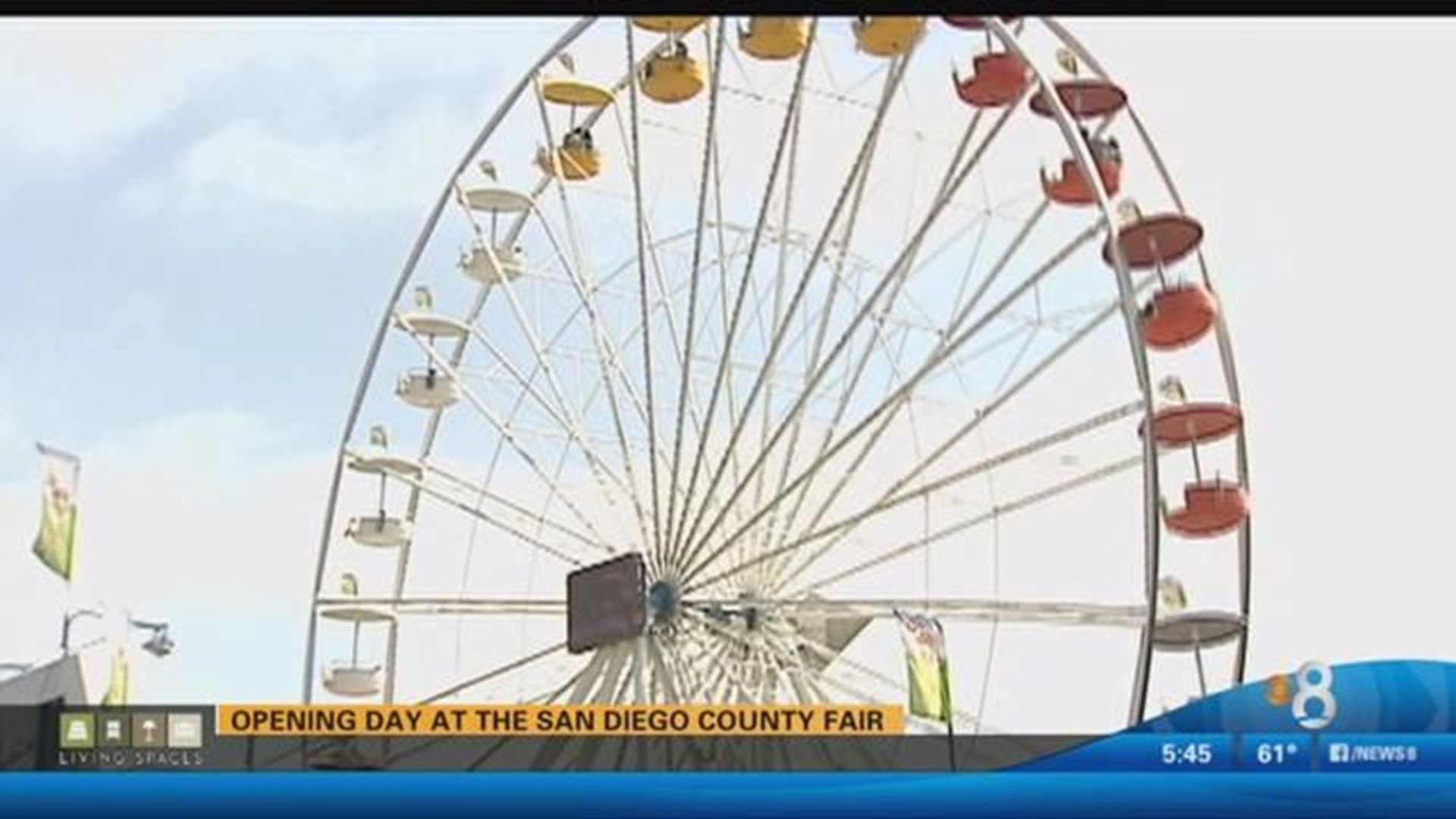 SAN DIEGO (CBS 8) - The
San Diego County Fair
gates will open at 4 p.m. Friday and opening day admission is only $4.


The 2015 theme is "A Fair to Remember" to celebrate the history of world fairs.


The theme exhibition will focus especially on the 1915 Panama-California Exposition, the event that first brought international attention to San Diego, organizers said.


The exhibition will include photographs of world fairs and provide information on famous structures built for such events, including the Eiffel Tower in Paris and the Space Needle in Seattle.


The first day of the San Diego County Fair will include an opening ceremony at 3:30 p.m. at the O'Brien Gate, which will include the raising of the American flag, music and celebrity guests.


KC and the Sunshine Band will headline the first Grandstand Stage concert at 7:30 p.m. The lineup at the fair's main concert venue includes country singer Gary Allan on Saturday; Peter Frampton and Cheap Trick next Wednesday; Christina Perri on June 17; and comic Dana Carvey on July 4.


The fair, which runs through July 5, will be closed Mondays and a pair of Tuesdays, June 9 and June 16.


CBS News 8's Ashley Jacobs has a preview of what to expect at this year's County Fair in this video report.