Thursday is the deadline for opponents to gather enough signatures to overturn the Carlsbad City Council's approval of a plan to develop land near the Agua Hedionda Lagoon. 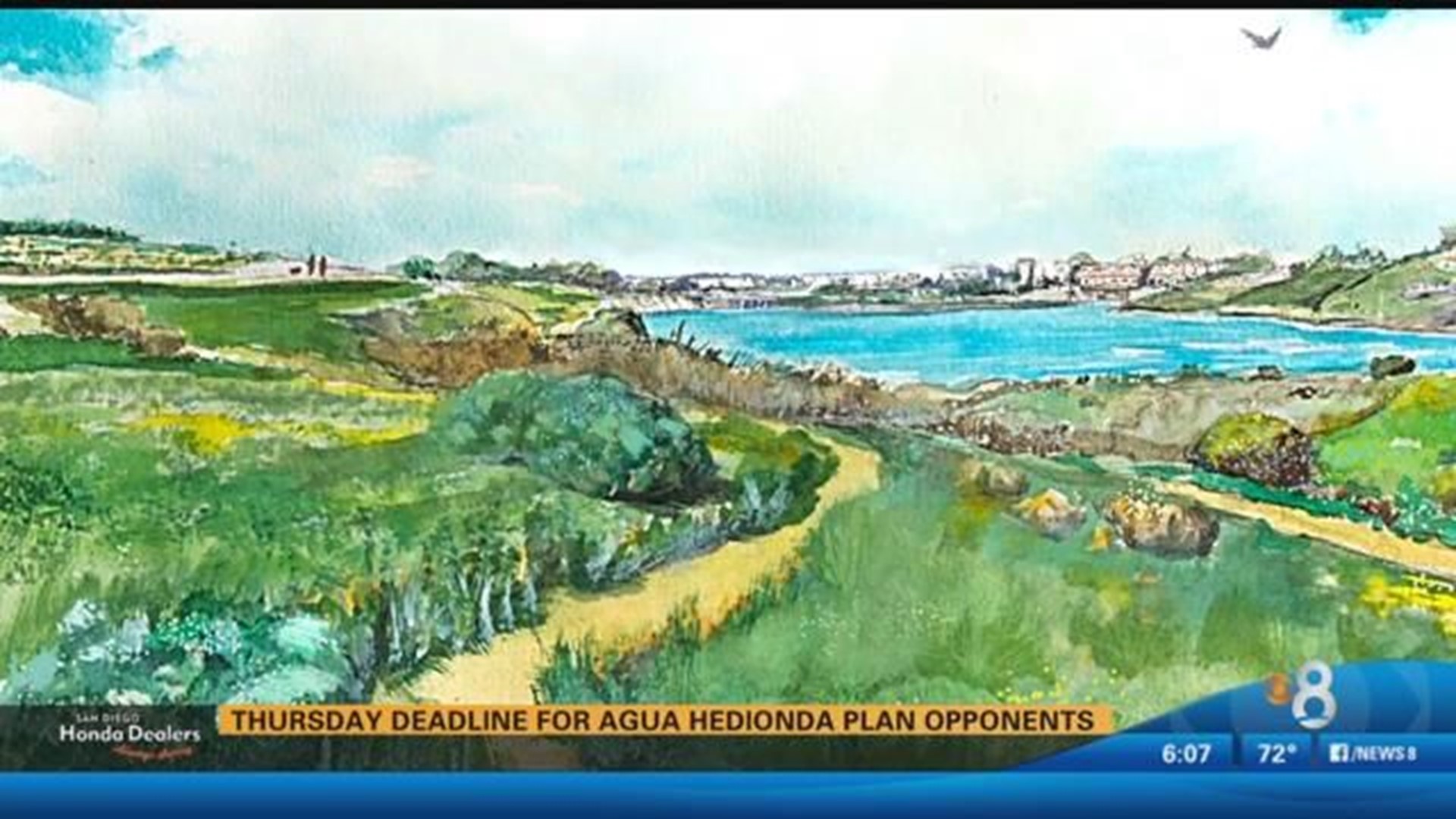 CARLSBAD (CNS) - Opponents of a planned upscale retail and dining center that would overlook the Agua Hedionda Lagoon in Carlsbad turned in more than 9,100 petition signatures Thursday in a bid to put the project before voters.

The plan by Los Angeles open-air shopping mall developer Caruso Affiliated would preserve 85 percent of about 203 acres of open space near Interstate 5 and Cannon Road. Much of the property has been used for decades to grow strawberries.

The company contends the project will maintain most of the open space and allow the popular farming operation to continue. The development plans have already been approved by the Carlsbad City Council.

However, a group called Citizens for North County formed to oppose the Caruso project, and has received backing from the Sierra Club of San Diego, League of Women Voters and local chapter of the Surfrider Foundation, among other organizations.

The group opposes the council's approval of the project, which allowed it to bypass the normal environmental review. Members of the group want the
project to go before the city's voters.

State law requires a referendum to have valid signatures from 10 percent of a locality's registered voters to force action by the City Council. In
Carlsbad's case, that's over 6,000 signatures, according to data from the San Diego County Registrar of Voters.

If enough signatures are deemed valid, the City Council will have to decide whether to call an election for sometime next year.

We will wait to see the outcome of the Registrar’s count of the petition signatures, but whatever the outcome of the tally we continue to be 100% percent committed to the Carlsbad community and to making the 85/15 Plan a reality whatever path it takes.

We began reaching out to the community nearly four years ago and have met with thousands of Carlsbad residents. Even after we gathered 20,000 signatures in support of the 85/15 Plan and the city council (5-0) unanimously adopted the plan, our outreach continued.  We are extraordinarily grateful to overwhelming number of Carlsbad residents who have contributed to the plan, embraced it, and will support it as we move forward.  We thank the city council for its unanimous approval and support of the plan for all the benefits it will bring to the Carlsbad community.

We will continue to share how the 85/15 Plan will ensure Carlsbad 176 acres of newly accessible open space with miles of trails, preservation and expansion of strawberry farming, picnic areas with lagoon vistas and an open-air classroom for families.  All of Carlsbad’s residents will benefit from the 85/15 Plan with private revenue from the open-air shopping, dining and entertainment promenade on 26 acres that will fully fund the creation and maintenance of the open space for generations to come—at no cost to the city or taxpayers.