Protestors of the Del Mar Gun Show are expected to address the Fair Board on Tuesday afternoon with their newest concerns. 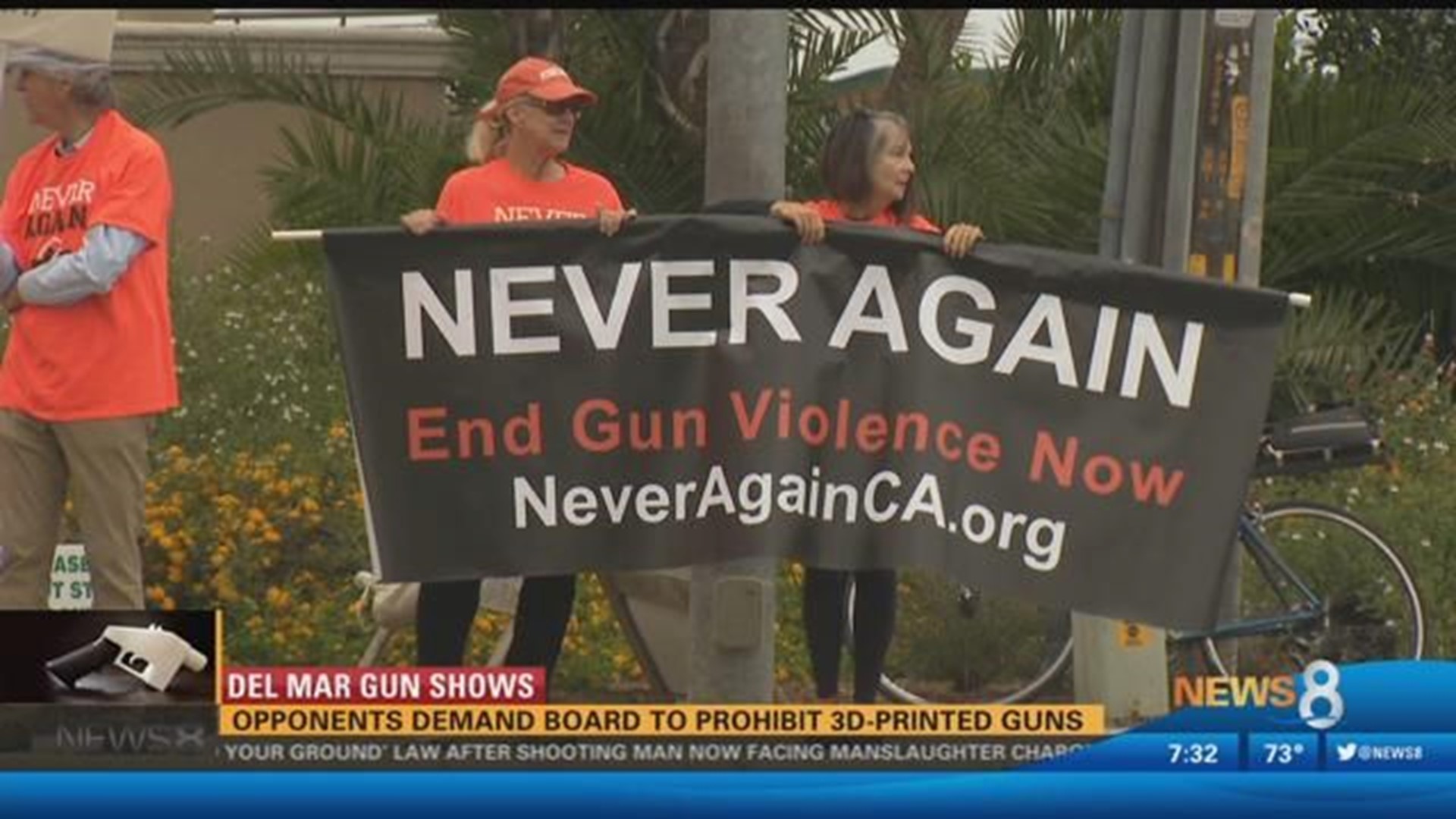 SAN DIEGO (NEWS 8) - Protestors of the Del Mar Gun Show addressed the Fair Board on Tuesday afternoon with their newest concerns.

The protestors want the board to ban sellers of blueprints or anything else that can make 3D-printed guns.

Demonstrators say, “anyone can log on and download the plans to produce the guns. We have to regulate anything that is potentially dangerous. Period. The fact that the internet makes it easier to get these things makes it all the more necessary to have regulations in place.”

Tuesday’s protest is very similar to one that happened back in May.

Then, dozens of people spoke out against the gun shows that happen five times a year at the Fairgrounds.

Supporters of the shows also presented the board with 3,100 handwritten letters of support. They claim there is adequate security and that the events reinforce gun-owner education and safety.

However, protestors say the event doesn't belong in Del Mar. They point to resolutions encouraging the board to ban the gun shows passed by city councils in Del Mar, Encinitas and Solana Beach..

The shows bring in around $100,000 in revenue each time they are held.

On Tuesday, protestors encouraged the board to consider banning any person or business that promotes 3D-printed guns.

While it's technically legal to make 3D-printed printed guns, state law also requires makers to get a serial number from the DOJ and put in a piece of steel so they can't evade metal detectors.