An unusual sight on the shore of Mission Beach Tuesday morning. A sailboat with two people on board was found overturned on its side. 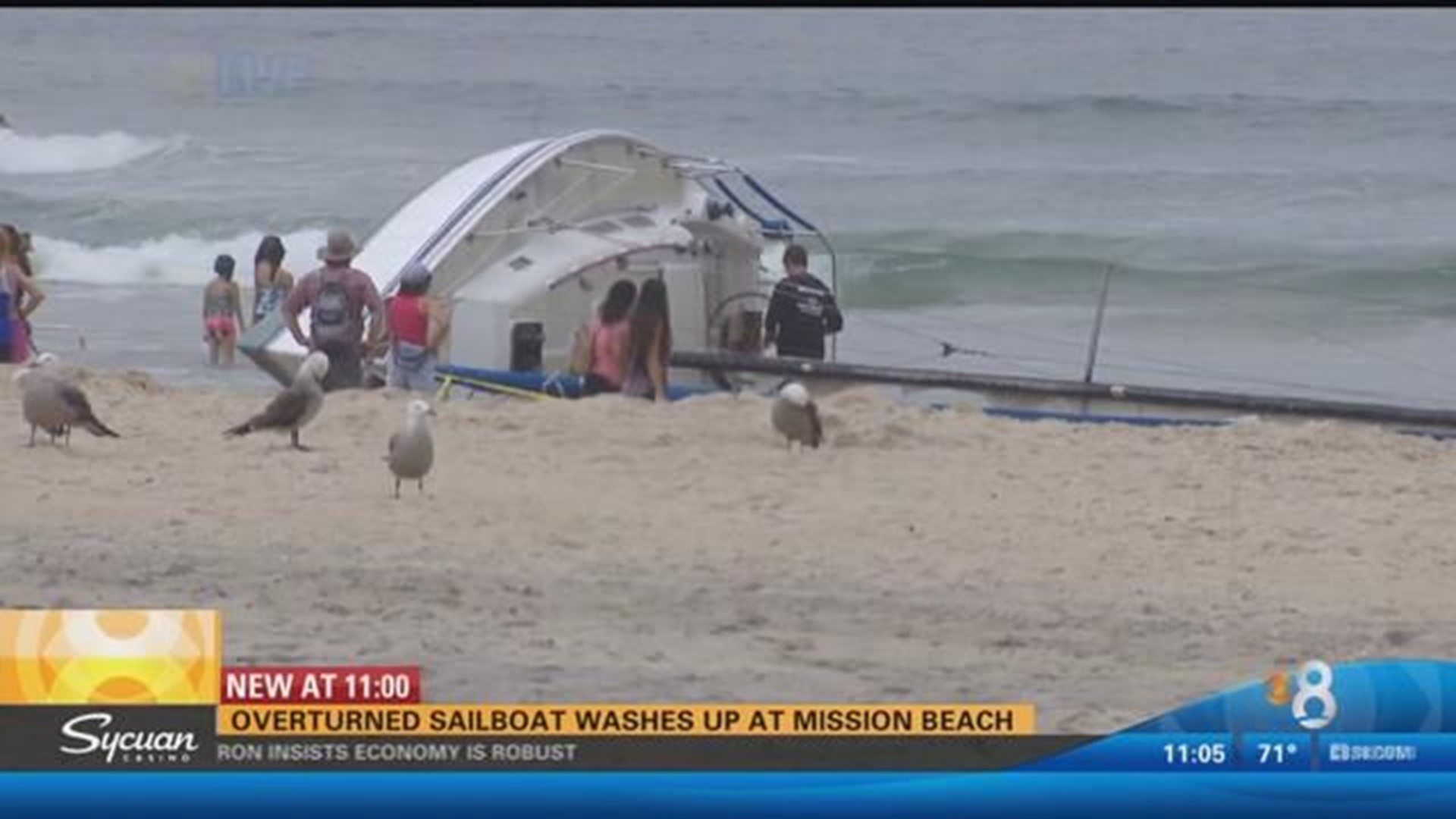 MISSION BEACH (CBS 8) - A sailboat with two people onbaord overturned on its side in Mission Beach Tuesday morning.

The incident happened just before 5 a.m., when lifeguards responded to a 911 call about a sailboat being stuck in the surf. The owner had recently bought the boat and was bringing it to Mission Beach from Oceanside, according to police.

There was a light missing on the north end of the jetty and the captain thought he was clear of the beach, but he wasn't and the boat overturned after getting caught in a wave.

"We responded with a lifeguard vessel and hooked it up to a tow and were able to determine that the vessels' kiel had taken on water and it would've sank if we tried to do that," Lt. Andy Lerum said.

The two people onboard the boat were not injured.