The clock is ticking down until the city council takes up the issue of short-term vacation rentals this week. 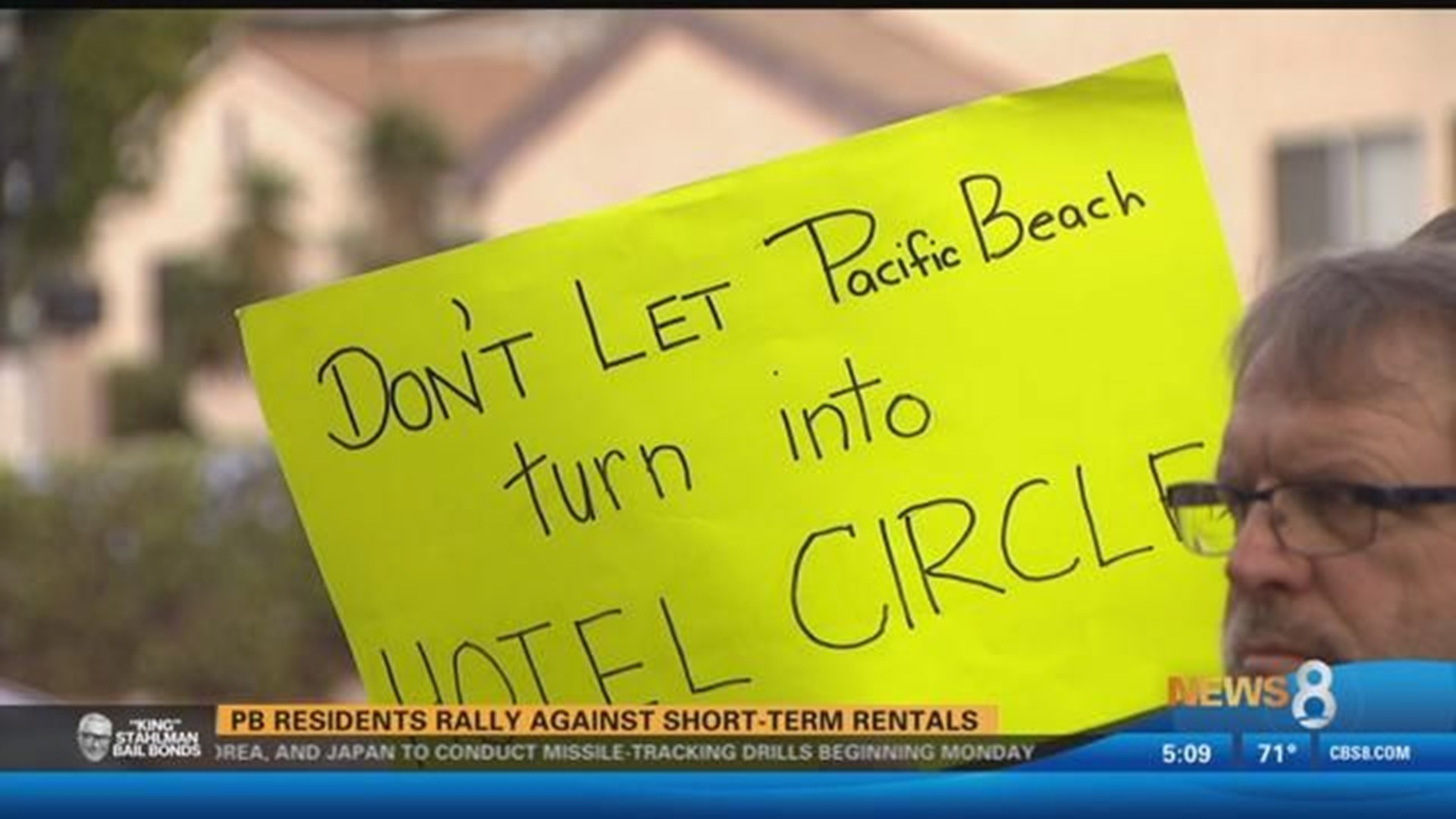 SAN DIEGO (NEWS 8) — The clock is ticking down until the city council takes up the issue of short-term vacation rentals this week.

In Pacific Beach, the community put in a final push on Sunday in an effort to keep these rentals out of their neighborhoods.

Lining up along Ingraham Street, outside Pacific Beach Middle School, supporters of a group called Save San Diego Neighborhoods raised their signs.

The group was protesting the onslaught of short-term vacation rentals as the issue is slated to be voted upon by city council on Tuesday.

Two city proposals will be taken up, one allowing commercial businesses in a residential zone.

"Living next door to one is a living hell," said group member Ronan Gray. "There's late night parties in the middle of the week, extra parking, trash overflow."

Protestors held signs saying "no mini hotels" and a truck bore the words "Airbnb profits from illegal rentals that cause rent increases."

"We are just as important, if not more important, than the visitors coming here," said past chair of the PB Planning Group Brian Curry.

A similar demonstration was held in Ocean Beach two weeks ago, where concerned residents walked door-to-door of homes rented out for Airbnb.

Estimates show there over 14,000 short-term vacation rentals in San Diego including 1,600 Pacific Beach.

"We cannot sustain the strength, if we are losing housing every single day to short-term vacation rentals," said past SDUSD Mission Bay Cluster chair Jennifer Tandy.

"Funding for schools in California depends on numbers of children," said Dr. Mike McQuary, San Diego Board of Education trustee. "When we lose children we lose funds."

Some say they have been forced out of their home for tourists.

"An investor came in, purchased that property to flip it for Airbnb," said Bryan Pease.

One family said it's been tough living in between 3 vacation rentals.

"We don't know who's coming in and out of the neighborhoods," said PB resident Aaron Garcia. "We have two young daughters [and] we don't know if there's a sex offender that could come in."