A front porch package thief was caught in the act, but the culprit did not know surveillance cameras were watching her every move. 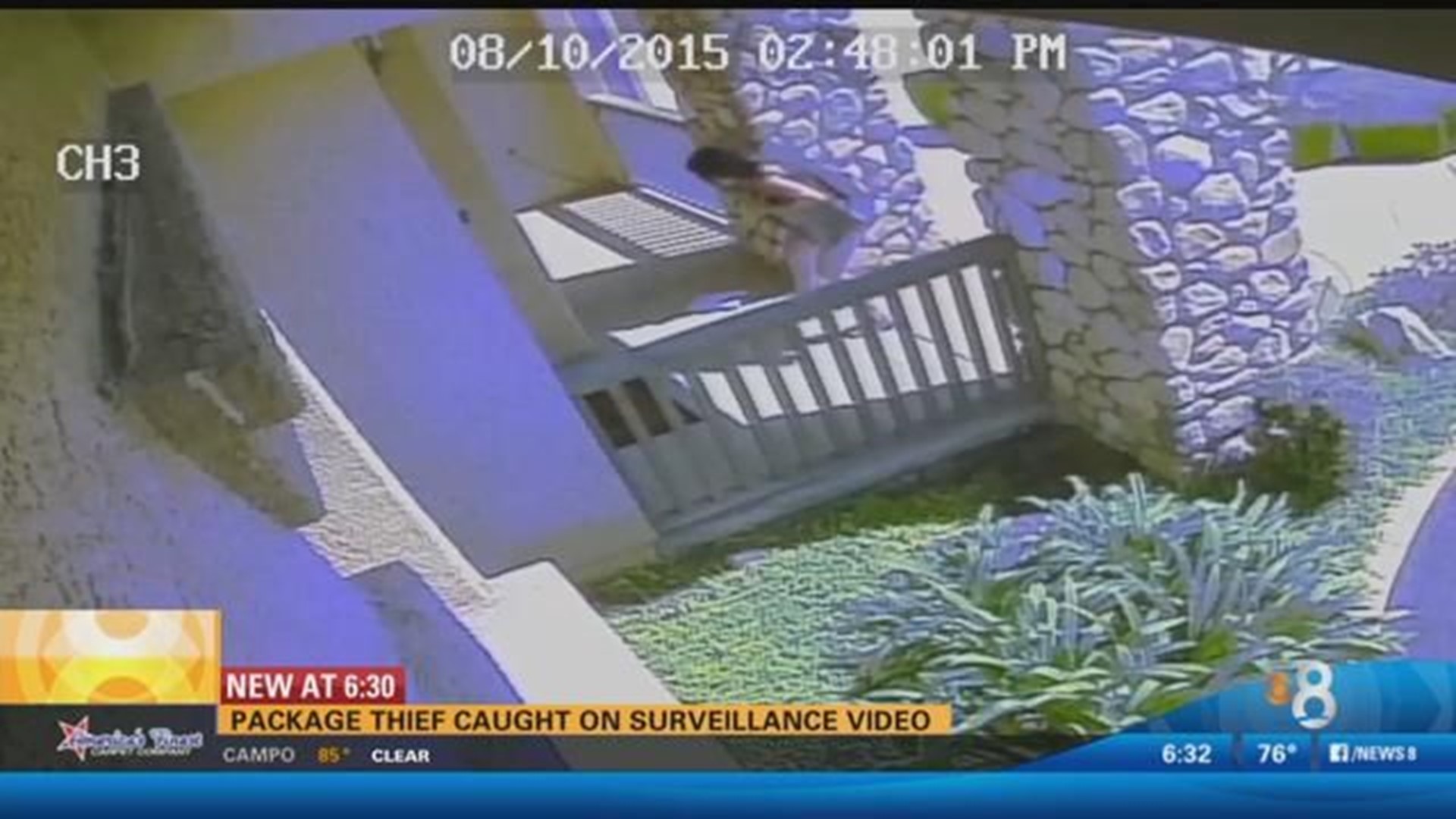 SAN DIEGO (CBS 8) - A front porch package thief was caught in the act, but the culprit did not know surveillance cameras were watching her every move.

Investigators hope someone who knows the thief will recognize her from the video, and turn her in.

It was a couple of weeks ago, when a homeowner realized the items she ordered from Amazon were not on her porch, even though the tracking said they had been delivered.

She and her husband checked their surveillance video, and saw that a stranger had stolen their stuff.

Ironically enough, one of the boxes contained a Bible.

The woman is captured on surveillance video casually walking up to a front porch, bends down to pick up a few packages.

She places them in her bag and then calmly turns to walk away as naturally as if she is leaving a friend's home.

The San Diego Sheriff's Department released the video hoping someone will recognize the bold thief.

The suspected thief is described as a woman in her 30's, wearing a black top and shorts, driving an older model car.

She has longish brown hair, and drives a white or gray Mercedes with a sunroof.

Neighbors in the area said HOA has done a good job on alerting them of crimes in the area.

Residents said they were surprised at just how fearless the woman was, undeterred by a Cox surveillance right on the front of a home.