Sheriff's deputies are searching for a woman caught on camera stealing packages outside of a San Marcos home. 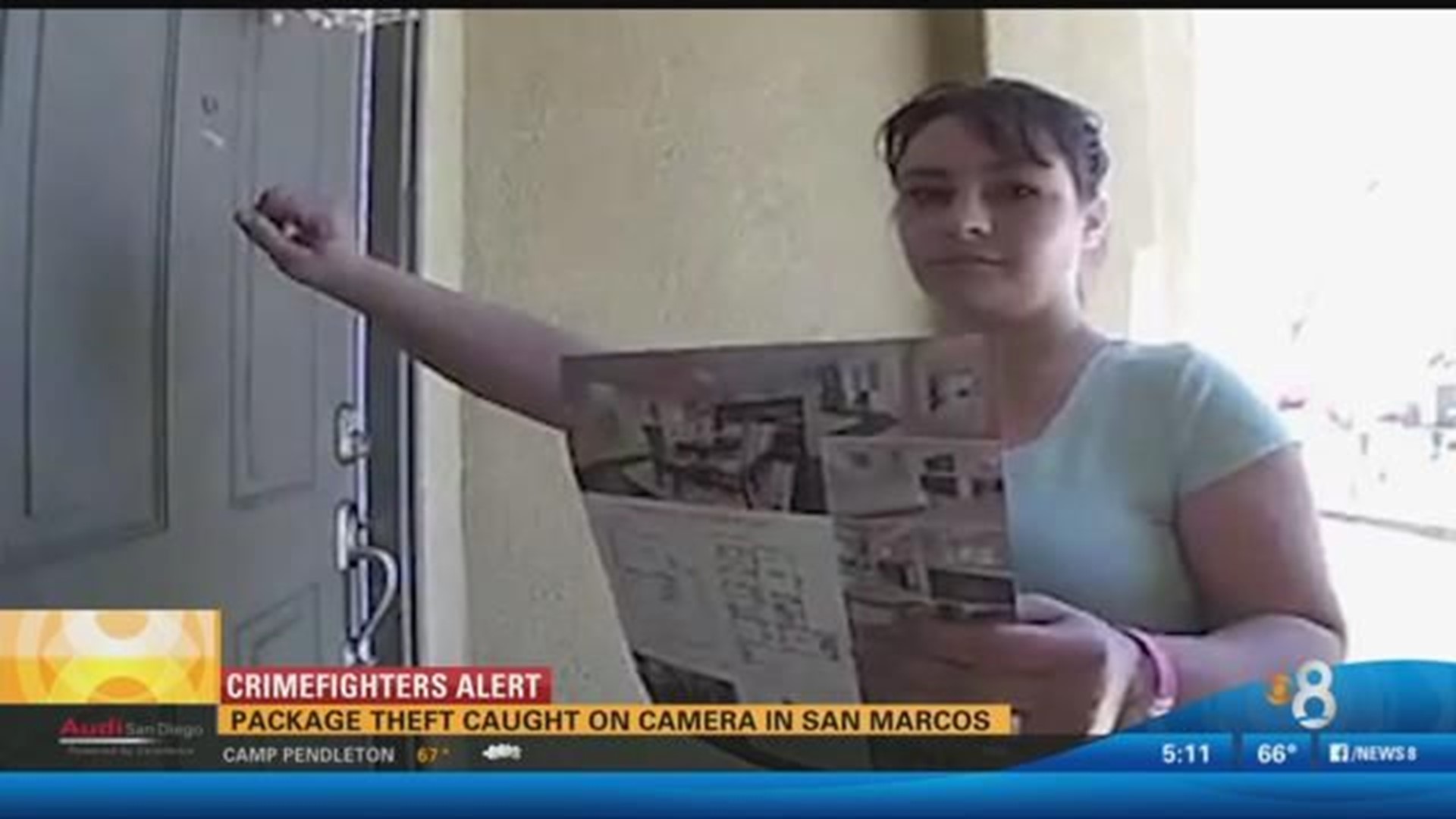 Surveillance video taken in March showed the woman knock on the door of a home in the 2500 block of Corbel Way and then try to hide her face with a piece of paper. Then, the woman walks off with two large boxes, which were worth about $100.

• Choose a shipping option so you can sign for delivery. Request friends and relatives sending you a package to do the same and ask for a tracking number.
• Keep an eye on the package's delivery status. Sign up for email or text alerts.
• Ship the package to another location such as your office if you won't be home to receive it.
• Leave special instructions on where to deliver packages (behind bushes, side or back patio, etc.).
• Choose delivery pickup.
• Insure your packages
• Get to know your carriers.
• Be a good neighbor. Look out for each other.
• Report suspicious activity or vehicles to the Sheriff's Department. Call (858) 565-5200.