Parents learn how to opt-out their students from standardized testing

High Stakes Testing is scheduled to begin next week for Chula Vista third graders after Governor Jerry Brown signed a moratorium that would not allow testing to impact a school's performance. 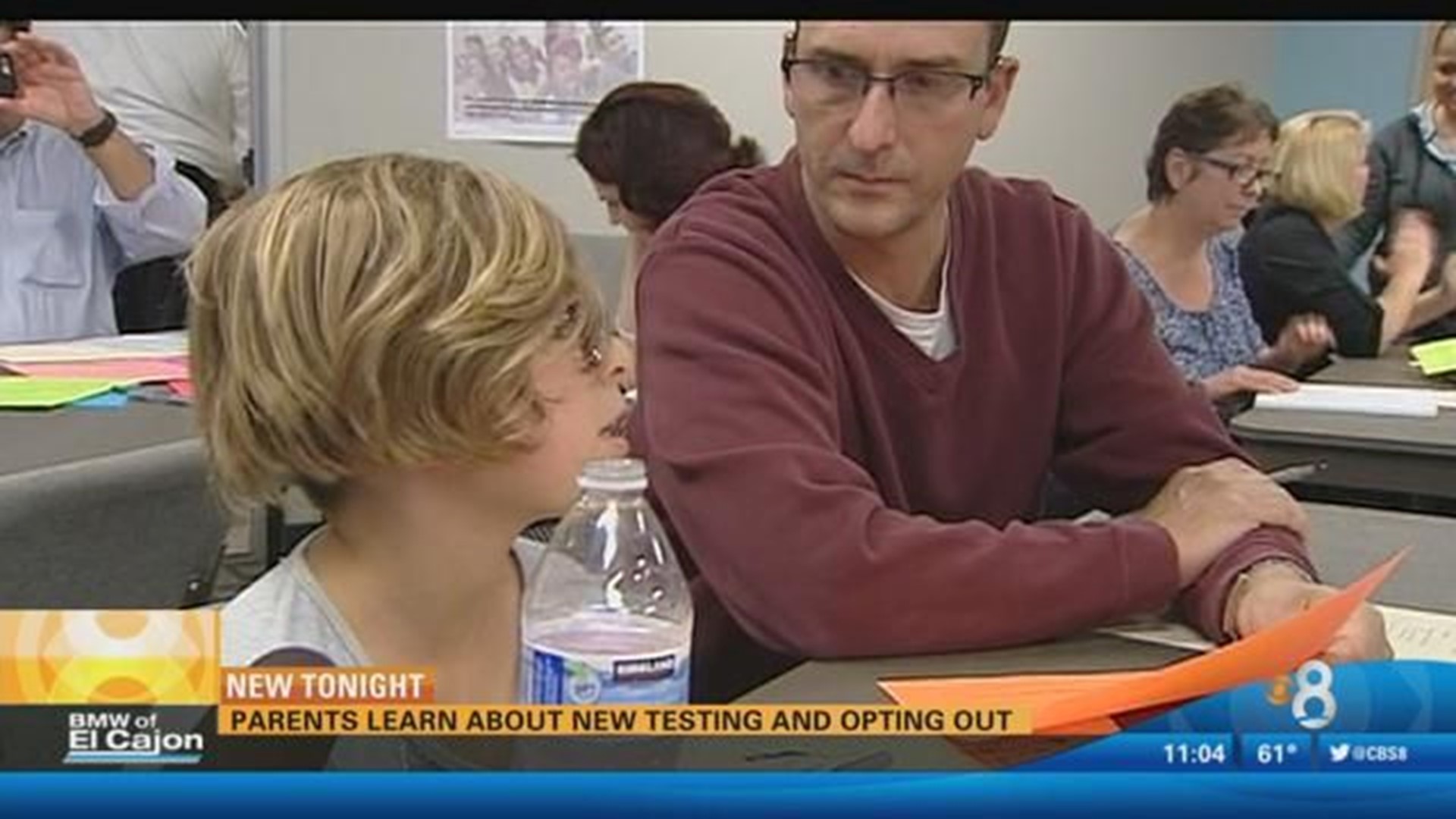 SAN DIEGO (CBS 8) - High Stakes Testing is scheduled to begin next week for Chula Vista third graders after Governor Jerry Brown signed a moratorium that would not allow testing to impact a school's performance.

Many educators have said the new standardize testing, also known as common core tests, are part of No Child Left Behind, and have a 60 percent failure rate.

"My daughter is very intelligent. She is very inspired, but how do you measure that?' said Jerry Hartman.

Third grade teacher Grace Miranda was shocked to see how difficult test questions were, and she joined other teachers to inform South Bay parents about opt-out options for high stakes testing.

High stakes testing will be given to students across the country.

"High stakes testing has the most negative impact on the students. It is supposedly designed to help," said Helen Farrias.

"I'm a teacher, we invented tests. I'm not against test, but I am against testing that I'm forced to do for my students," said Helen Farrias.

Jerry Hartman was overcome with emotion. He and his wife have struggled over whether their third grade daughter should opt out of the test that starts next week.

"I don't agree a lot with the standardized testing at all. I've always been an artist, and I've always been supportive and encouraged. I'm not going to let someone take that away from girl," he said.

Parents said they feel shamed or alone if they opt-out their child form high stakes testing.

A child's grade or school cannot be penalized for not taking the test.

Last week, the superintendent for the San Diego Unified School District sent home letters informing parents that their children can opt out of the high stakes testing.