SAN DIEGO (CBS 8) - Hiking and scouting go hand in hand, but apparently the scenery one group of Cub Scouts came across during a recent hike was a little too revealing.Some local parents are upset ... 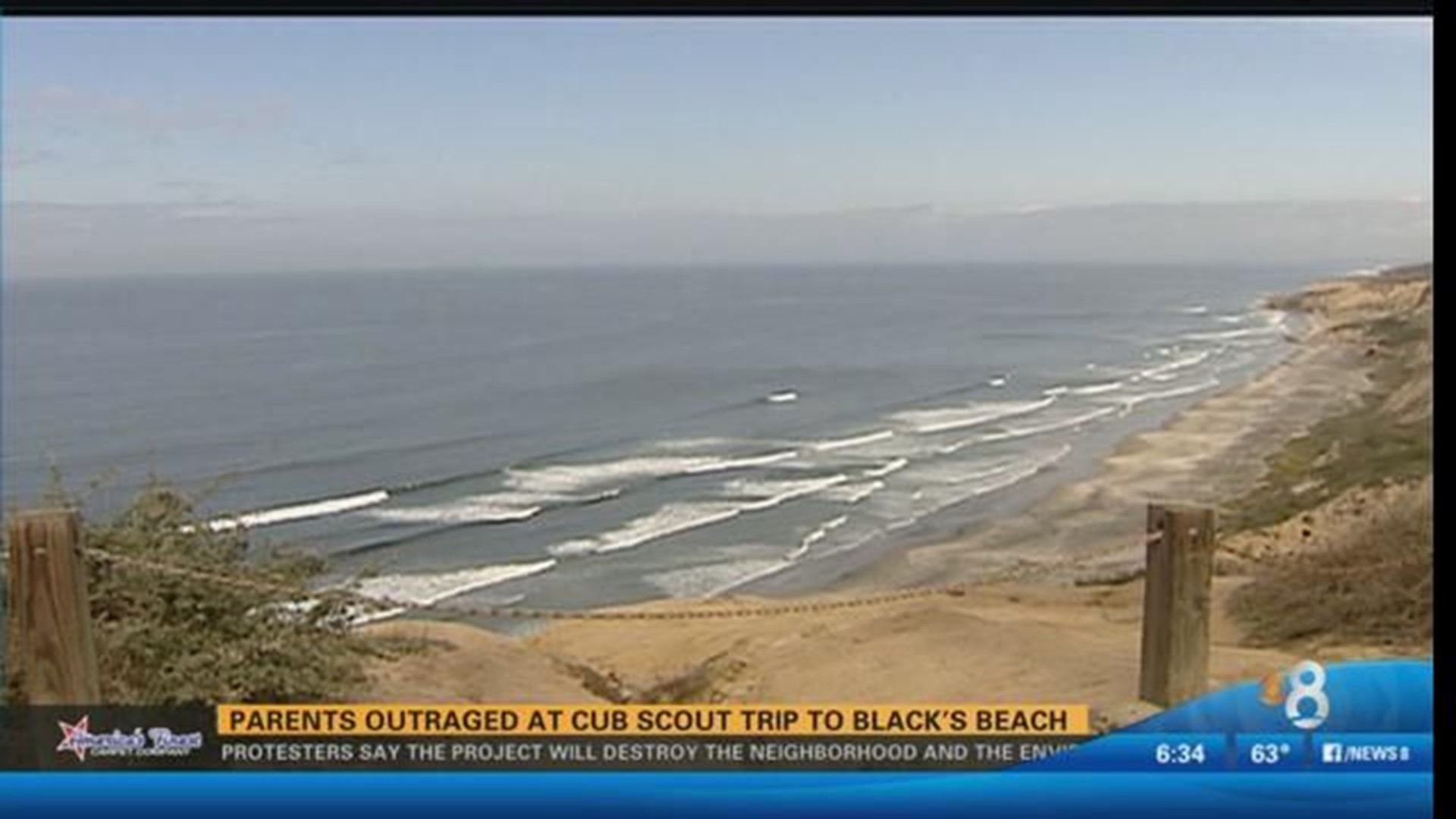 SAN DIEGO (CBS 8) - Hiking and scouting go hand in hand, but apparently the scenery one group of Cub Scouts came across during a recent hike was a little too revealing.

Some local parents are upset that the outing included a walk through Black's Beach.

It was supposed to be a nature hike through Torrey Pines State Park. Diane Lekven and her husband Erik snapped a photo just before the hike got started on January 24. They say what their 4th grade son and about half a dozen other kids were exposed to was far too much – dozens and dozens of nude people at Black's Beach.

The couple says they couldn't believe the pack master of Troop 766, Desmond Wheatley, had led them on a trail through the area, which is known as a nude beach.

Their son was with a group of kids farther ahead of the parents. Diane ran to them.

"When I got up there I said 'Hey what are you doing? We're in the middle of a nudist beach.' He said 'This is a naturalist beach, and my family and I go through here all the time it's not a big deal.' And I got really angry," Diane said.

She says it was too late to turn back, because they'd just be walking back through the same environment.

"I was nauseated because I've never seen just a bunch of nude people walking around holding hands, strange people that I don't know," she said.

The couple filed a complaint with the Boy Scouts, but were told it didn't go against their policy.

CBS News 8 reached out to the Boy Scouts for their response. On Monday they released this statement:

“During a planned hiking trip at Torrey Pines State Beach, a local Cub Scout Pack encountered some individuals who were inappropriately dressed. This outing, involving both parents and adult volunteer leaders, was quickly rerouted to protect the youth. Following the trip, both San Diego-Imperial Council and Pack leadership met with parents to discuss the events and determine if further action was needed. Together we concluded that proper protocol had been observed and appropriate steps were taken in this matter.”

"It's not anything against the nudists. They were in their environment and they were looking at us like what the heck are we doing there. I don't think it's OK for somebody to not disclose that they're going to put other people's children in an environment like this. I think it's wrong," Diane said.

We reached out to the Cub Scout leader for his side of the story. So far we have not received a response.

A spokesperson for the Boy Scouts tells CBS News 8 that leaders met with parents to determine whether further action was needed. Together, they concluded proper protocol had been observed and appropriate steps were taken. He says the pack leader was not disciplined.