Parents and students on Wednesday packed the Chula Vista Elementary School District board meeting to demand answers about the sudden reassignment of a popular principal. 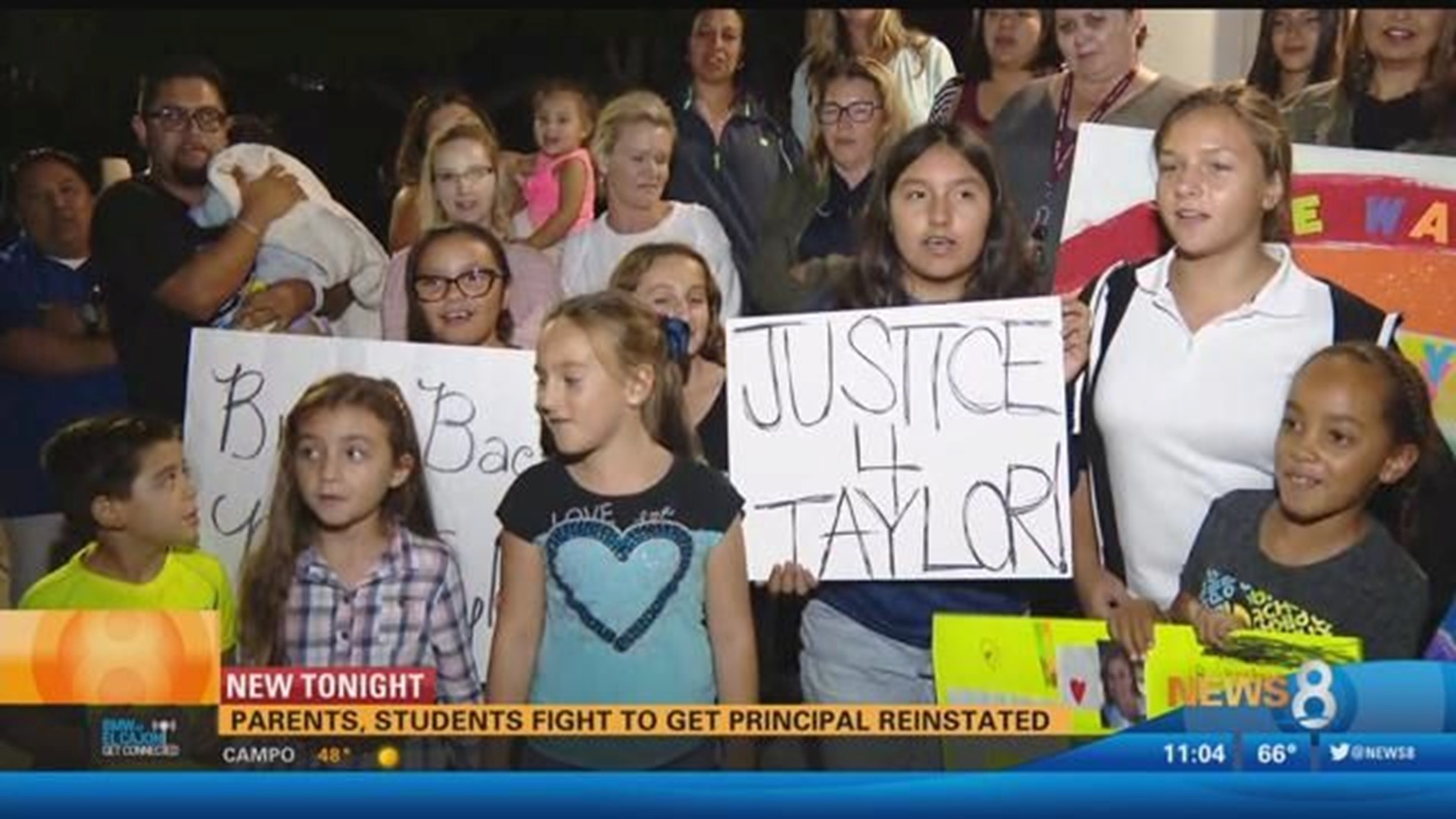 CHULA VISTA (NEWS 8) – Parents and students on Wednesday packed the Chula Vista Elementary School District board meeting to demand answers about the sudden reassignment of a popular principal.

Last month, Erika Taylor was removed as principal of Greg Rodgers Elementary without notice or explanation.

Taylor was not present at Wednesday’s meeting, but her mother was and said her daughter is very upset but doing okay. He daughter’s former students and colleagues, however, made it very clear they are not okay.

The board did not respond to the public comments.

“We deserve answers and we deserve to be heard,” said PTA Vice President, Marisa Ruiz.

Last month, the Superintendent sent a note home to parents saying in summary, Taylor would no longer be at Rogers. She was relocated in special education and because of personnel matter, they cannot discuss any further.

“You would not have this many people here if it was a performance issue,” said PTA President, Caroline Garvin.

Taylor was known as a leader. She helped the Perkins family after they lost thousands of dollars in Girls Scout cookies in a house fire.

“Just like that, she jumped in and helped me and my personal tragedy,” said Lysa Perkins.

As principal, Taylor helped raise money for three students whose mother was murdered.

“We need her back – we want her back,” said Maria Rosas.

Taylor’s supporters said they will go to the state to get her reinstated.

A spokesperson for the district said there is nothing new to add to last month’s letter and can’t discuss the issue because it’s a personnel matter.