The results of a second autopsy on Rebecca Zahau were released Tuesday on the Dr. Phil Show. 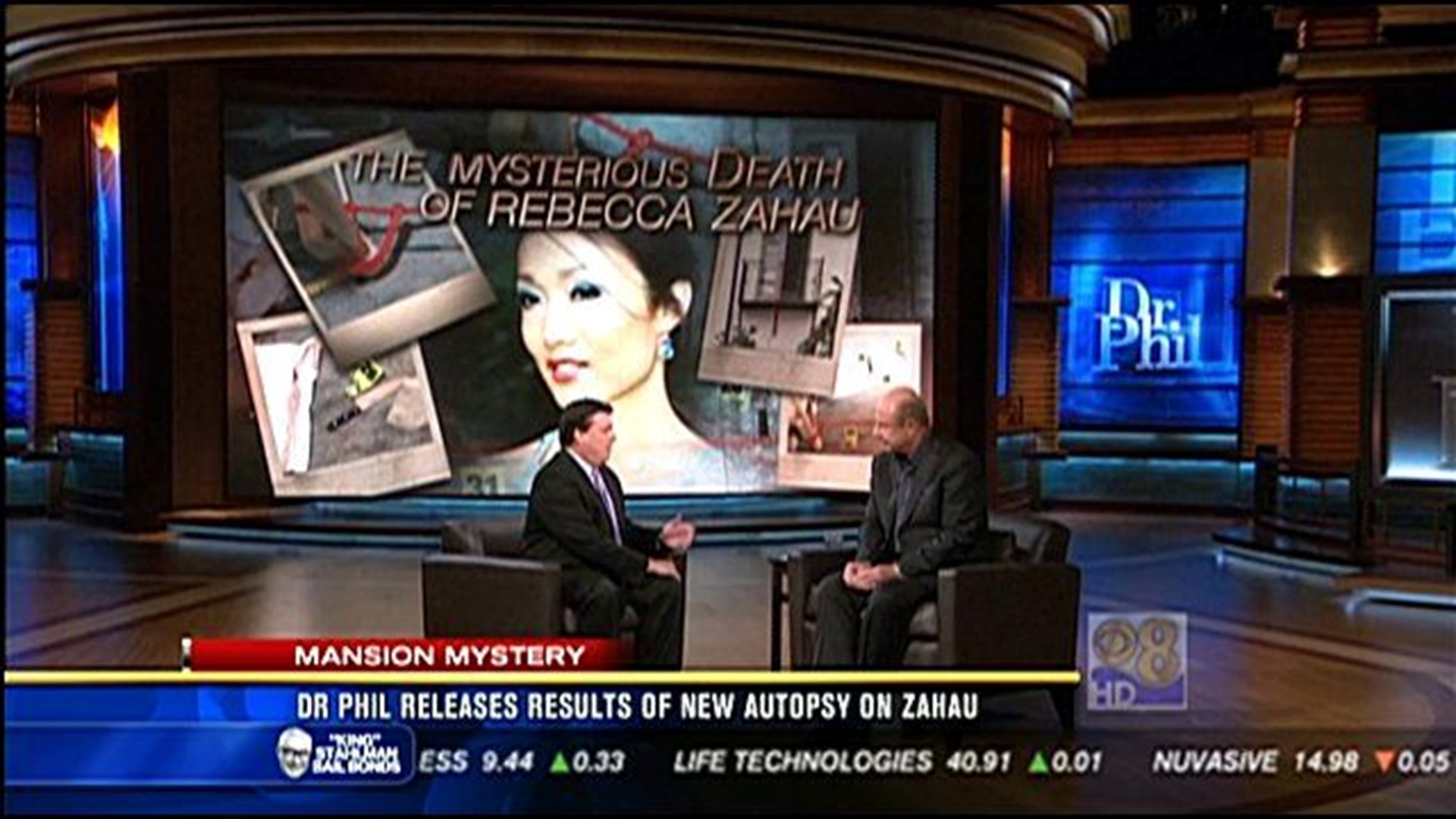 CORONADO, Calif. (CBS 8) - The results of a second autopsy on Rebecca Zahau were released Tuesday on the Dr. Phil Show, four months after she was reportedly found hanging off a balcony at Coronado's Spreckels mansion.

San Diego County Sheriff Department investigators ruled Zahau's death a suicide by hanging but her family believes it was murder.

Zahau's body was exhumed from a cemetery in St. Joseph, Missouri and flown to Pittsburgh for the second autopsy, which was performed by respected forensic pathologist Dr. Cyril Wecht.

"I feel like my sister hasn't rested yet because I don't have an answer for her, as far as what happened to her," Rebecca's sister Mary Zahau-Loehner told the host, Dr. Phil McGraw.

"When we did exhume her, I felt like they won again. It felt like it started all over again," said Zahau-Loehner.

"It's a case that just cries out for answers and investigation," Zahau family attorney Anne Bremner told Dr. Phil. "We even have mixed DNA in her fingernail clippings."

Dr. Wecht said Zahau's neck was not broken and he believes it should have been, given the nine-foot drop off the balcony described in her initial autopsy report.

"I believe that if the body had just plummeted down with that sheer drop of several feet, then the cervical vertebrae would have been fractured or dislocated; separated one from the other, or from the base of the skull," Dr. Wecht concluded.

During his autopsy, Dr. Wecht had a chance to examine four head injuries that did not break the skin but caused bleeding underneath Zahau's scalp.

The San Diego County Medical Examiner has described those head injures as "relatively minor" and said in a September statement that "she may have struck her head on the balcony on the way down."

Dr. Wecht disagreed with that conclusion.

"I would like to hear from them how you get four separate impacts to the top of the head in a vertical hanging," Wecht continued. "And, the significance of that is that those kinds of impacts might lead to a concussion and could lead to temporary unconsciousness."

In an exclusive interview with News 8, Dr. Phil McGraw said he found the results of the second autopsy compelling.

"He (Dr. Wecht) basically says it probably would have decapitated the body because of the force," Dr. Phil told News 8's Phil Blauer.

"His conclusion is there are huge unanswered questions here and there is no way this should be deemed a suicide," said Dr. Phil, who believes the case should be re-opened.

"I think there are answers that may be available and if they are, this family will have peace of mind," Dr. Phil said. "The explanations don't need to lead to murder but they need to be explanations where they say, 'Okay, I get it. Now I can move on and begin to heal.'"