For many people, pets are members of the family. So, when they get sick you want to do whatever you can to care for them, including taking time off work. In some cases, that's not an option. But as... 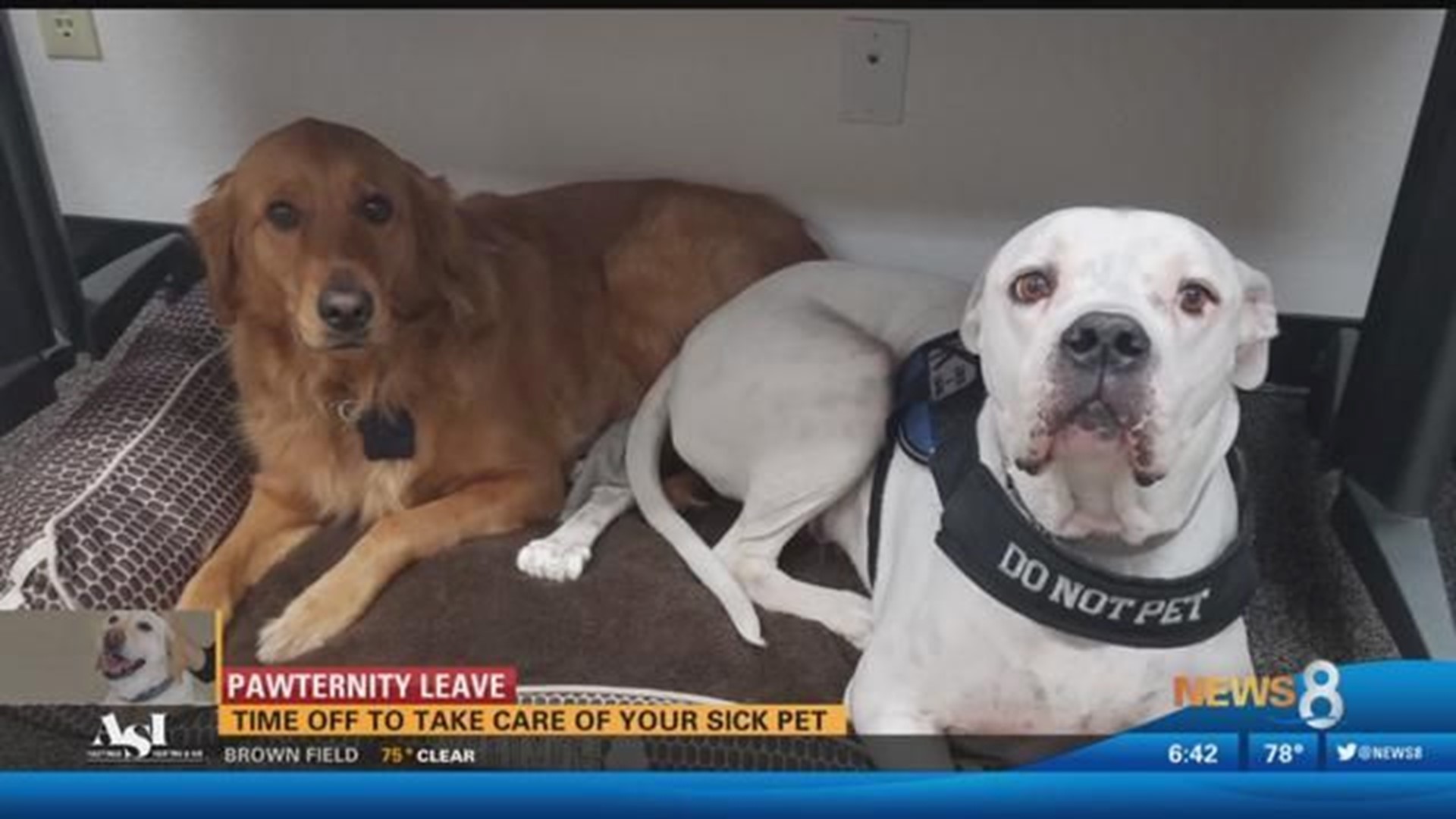 SAN DIEGO (NEWS 8) — For many people, pets are members of the family. So, when they get sick you want to do whatever you can to care for them, including taking time off work.

In some cases, that's not an option. But as News 8’s Shannon Handy shows us, that’s starting to change.

While some companies allow people to bring their pet to work, there’s a new trend catching on where employees are given time off to take care of their furry friends.

"She has changed my life considerably,” said Gene Jennett of his four-year-old golden retriever Molly.

No matter where Gene goes he says Molly is usually by his side.

"She's my everyday companion,” he said. “I miss her when she's gone"

Inside the San Marcos office where Gene works for the nonprofit organization, Wounded Warrior Homes, Molly has no problem making herself at home.

She has a bed, a basket of toys plus, around the clock attention from fellow employees, visitors and of course, gene.

So, it should come as no surprise that when Molly was recovering from ACL surgery a couple years ago Gene wanted to make sure she was well taken care of.

“For a couple of days, she couldn't bear any weight, so I had to take care of my dog,” he said.

Fortunately for Gene, he didn't have to worry about getting time off because one of the perks of working for the company he is employed by is “pawternity leave” - a benefit that more and more companies are offering.

"Pawternity leave really is allowing your staff to take time off to care for your dogs,” said Mike Ford of Pro Back Office.

Mike says it's an easy way to retain people

"It’s a great perk for the employer and it builds morale,” he said.

Mike said he has several clients that offer pawternity leave.

He says it can be used if your dog is sick or if you have new puppies.

As for the time given, every company is different.

"It’s typically a week to two weeks, that’s the norm for any kind of leave,” said Mike.

"If your boss loves animals and you love animals, you're gonna be connected immediately,” he said.

Gene agrees saying he's grateful to work at a place that appreciates dogs as much as he does.