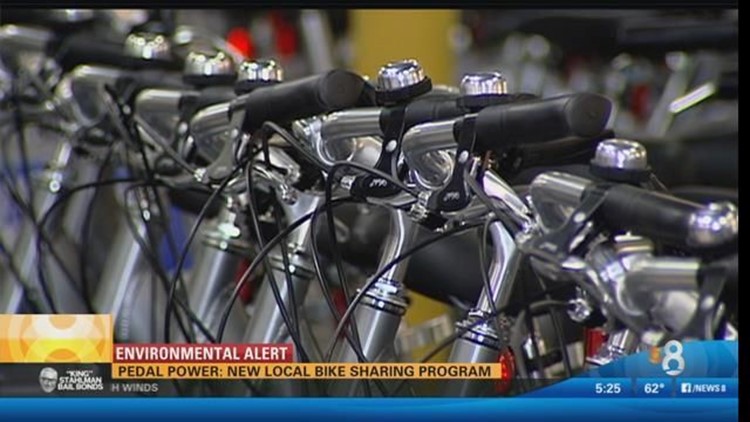 SAN DIEGO (CBS 8) – From Pacific Beach to Mission Valley, North Park and throughout the downtown district, a new bike sharing program is about to put 1,500 bicycles on the streets of San Diego.

The city has signed a 10-year lease with a private company called DEKOBIKE. The bikes are bulletproof and are equipped with theft-prevention features.

David Silverman of DEKOBIKE says his mechanics are fine-tuning the three-speeds to make the experience fun and friendly for all.

"We have a 24-hour customer service line so people can call at any time if they have a concern, if they have a question, if they're not sure how it works," Silverman said.

DEKOBIKE has invested $8 million into the project that will share bikes and revenue with the city.

"We believe in San Diego, and this is bike-able year round, whereas other cities shut down in the winter," Silverman said.

The program is expected to launch by the end of the month.

The first 1,500 people who sign up for an annual membership will receive a new bike helmet and only pay $99 for the whole year.