A pedestrian who was hit by a car in Hillcrest has died. 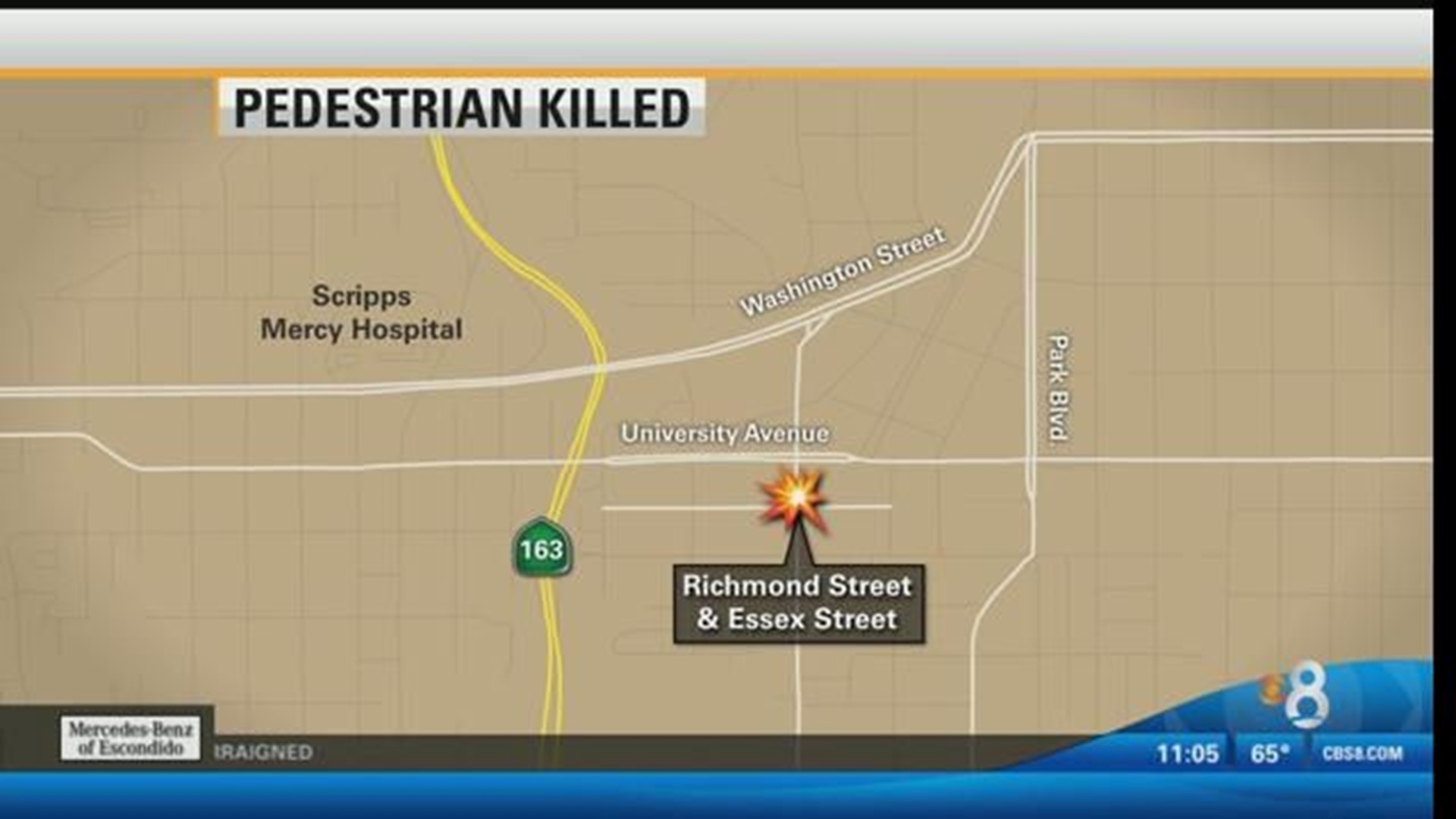 SAN DIEGO (CBS 8) - A pedestrian who was hit by a car in Hillcrest has died.

Police say the 80-year-old man was walking in an unmarked crosswalk near Richmond and Essex Street Thursday when he was hit.

The 65-year-old driver stayed at the scene. The victim was rushed to a local hospital with head trauma and broken bones. He later died at the hospital.