Pedestrian struck by train in Midtown

Police say a pedestrian has been struck by a train on the tracks in the vicinity of Kettner Boulevard and Palm Street in the Midtown area of San Diego. 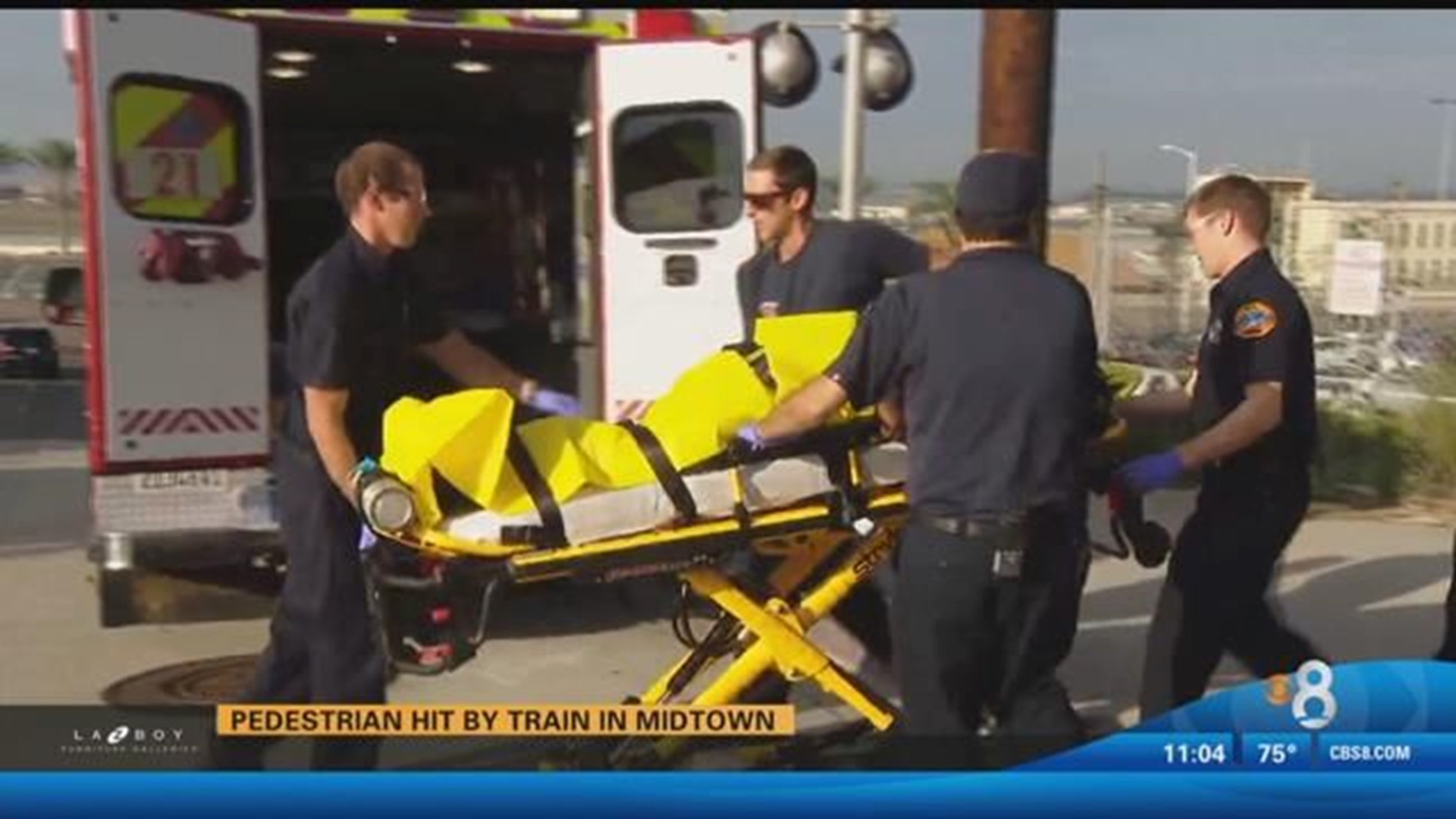 SAN DIEGO (CNS) - A pedestrian was injured Friday when a passenger train struck him as he stood alongside a stretch of rail near Lindbergh Field.

The northbound Amtrak train was traveling at about 45 mph when it hit the man shortly before 8:30 a.m. off the 1300 block of West Palm Street, near Pacific Highway, according to sheriff's officials.

Though the operator of the locomotive sounded its horn and activated warning lights, the pedestrian did not move out of the way, Deputy Jason Burk said.

Medics took the victim to UCSD Medical Center in Hillcrest for treatment of injuries of undisclosed severity.

The accident caused Amtrak train No. 567 to be delayed for about an hour, according to North County Transit District officials.