It's become an alarming sight along the Southern California coastline. Wildlife experts report that it's normal to see some dead wildlife this time of year, but they've never seen this many sick bi... 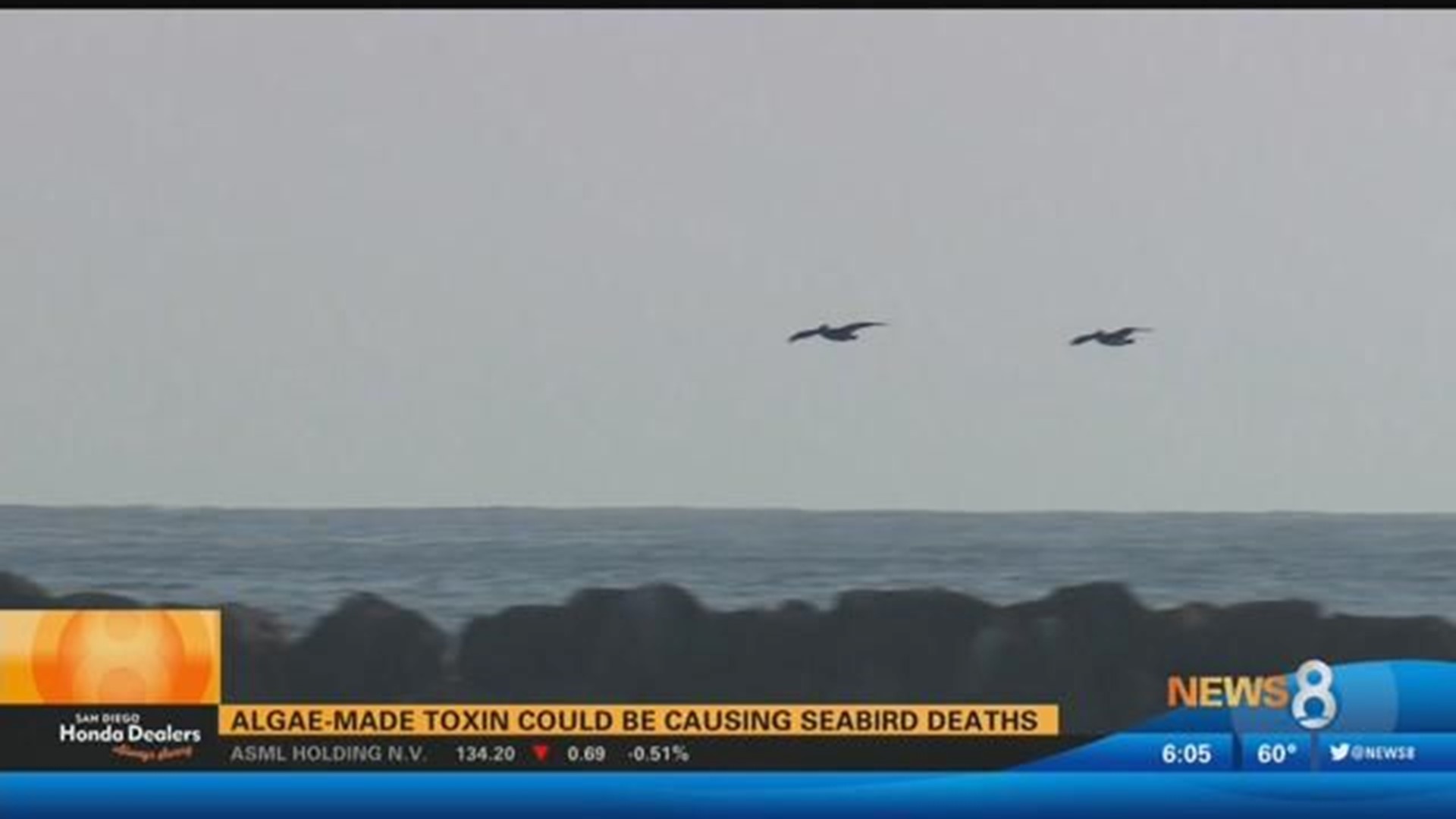 It's become an alarming sight along the Southern California coastline. Wildlife experts report that it's normal to see some dead wildlife this time of year, but they've never seen this many sick birds.

"They're very stressed out and it is really hard to see them have a seizure and know there's very little that you can do to help,” said Elaine Ibarra with the Santa Barbara Wildlife Care Network.

The dead pelicans and loons can be seen up and down the coast and the Ventura County Star reported Saturday that one cause of the condition of the pelicans is likely domoic acid poisoning. Domoic acid is a naturally occurring toxin in algae, which fish eat. Those fish are then consumed by other wildlife.

Unfortunately for the wildlife, this year there was a bigger than normal plankton bloom and depending on how much fish the wildlife eats, it can be fatal.

As for the plankton, it's pretty much impossible to predict how long it will bloom this year, but there's a good chance it may not end until early summer. And while experts cannot confirm the exact cause of death for these birds, they do have their suspicions.

“That could be from temperature, runoff, we've had a lot of rain this year, so some people are speculating that it might have to do with the runoff into the water,” said Ibarra.

Wildlife experts say if you happen to see a sick or dead bird along the beach, you are advised to report the finding to a wild animal rescue group.