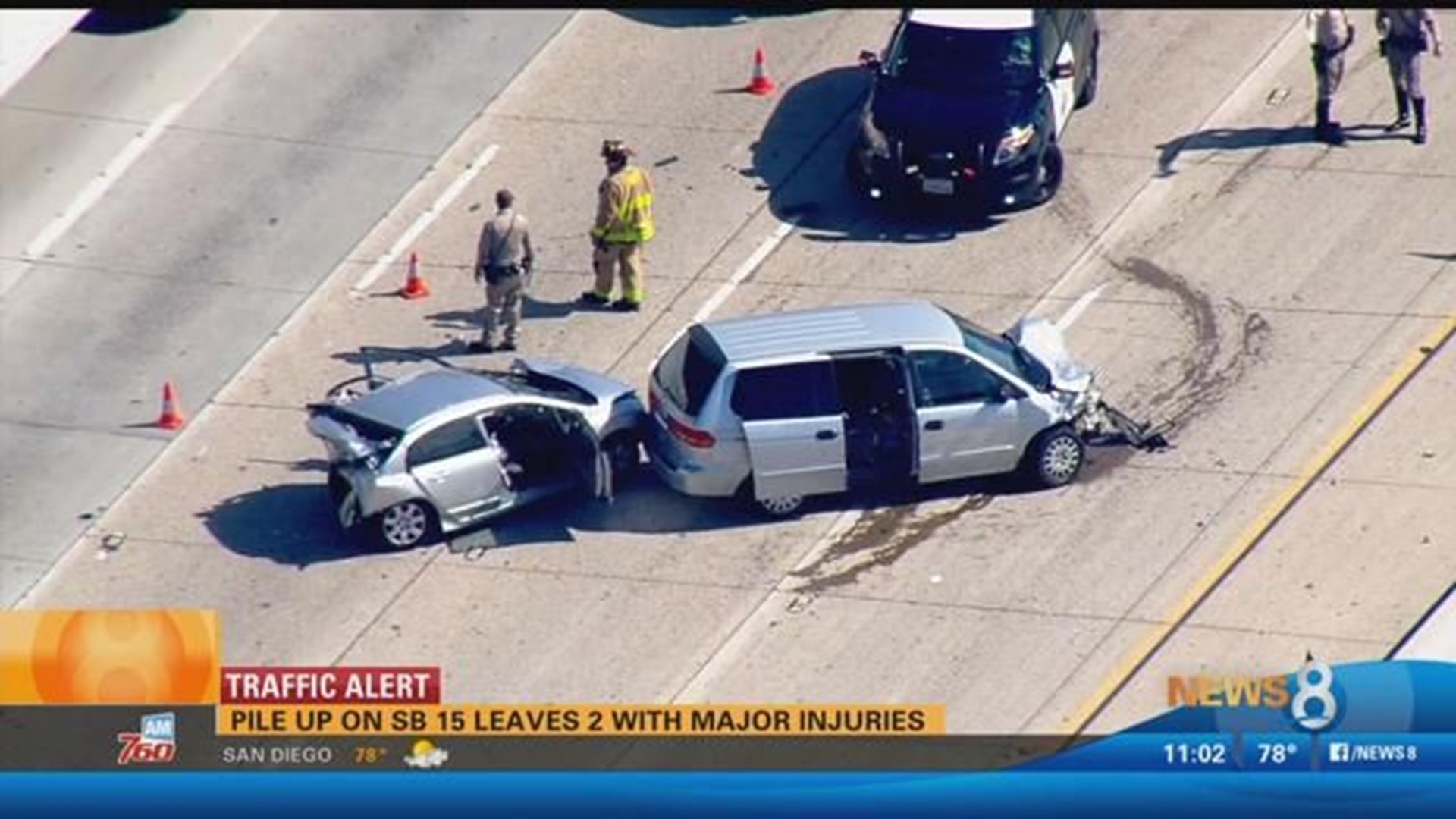 The accident in the southbound lanes approaching state Route 56 was reported shortly after 9 a.m., according to the California Highway Patrol.

A minivan and several other vehicles involved in the crash were blocking the three left lanes, which prompted authorities to issue a SigAlert.