A pilot was found dead outside his crashed plane Saturday in the badlands of Anzo Borrego State Park, a sheriff's sergeant said. 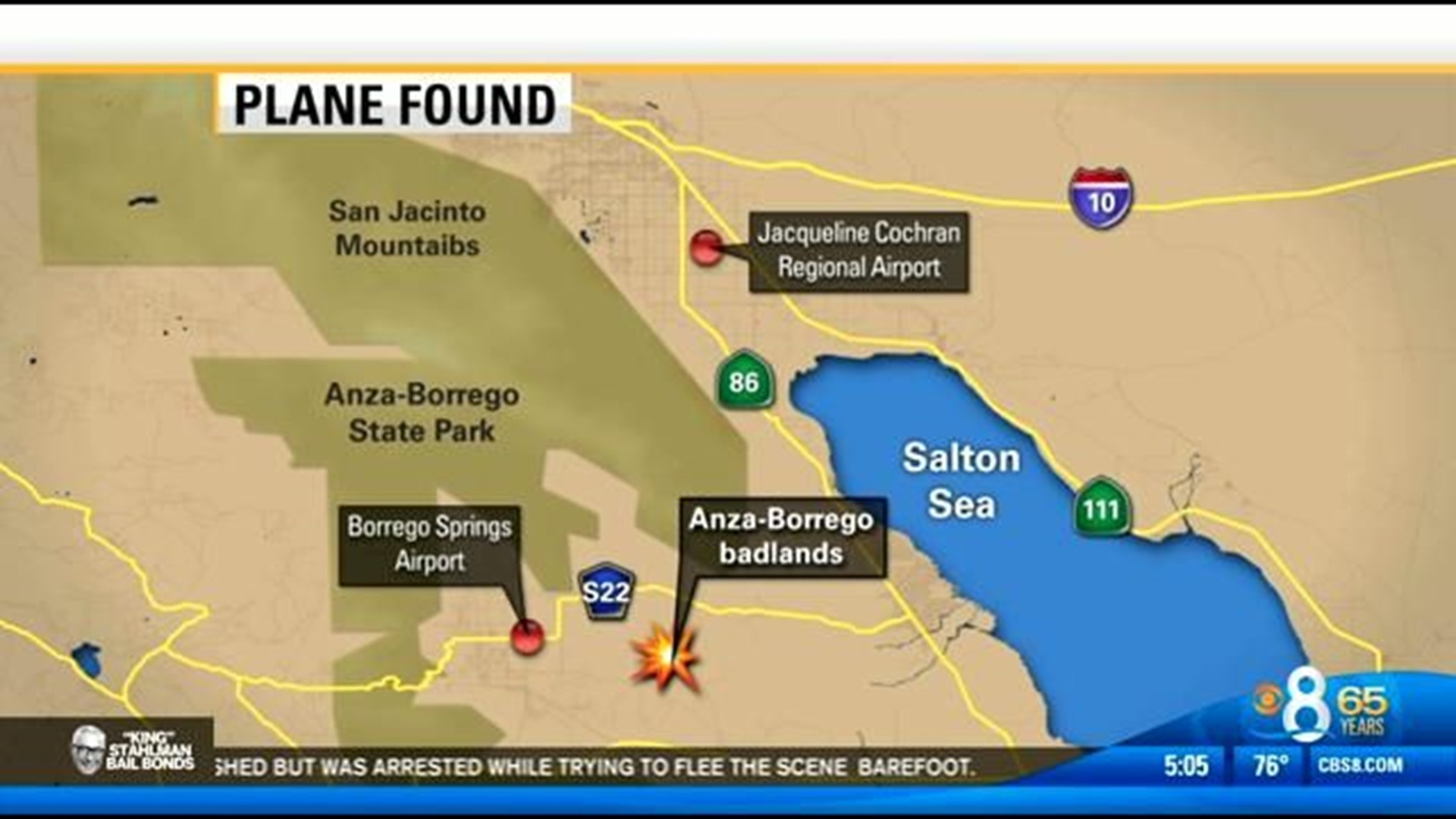 ANZA BORREGO (CNS) - A pilot was found dead outside his crashed plane Saturday in the badlands of Anza Borrego Desert State Park, a sheriff's sergeant said.

The plane, reported missing Friday, was spotted by a Civil Air Patrol aircraft about 7:10 a.m. Saturday in an area known as the Borrego Badlands, Sgt. Brian Jenkins said. The search plane guided a ground search crew via radio to the downed plane.

"One member of the ground search crew located a deceased adult male near the wreckage," Jenkins said.

The Federal Aviation Administration was notified, and the National Transportation Safety Board was expected to start an investigation Sunday, Jenkins said.

According to The Desert Sun, the plane was a Cessna 162 Skycatcher that left Cochran Regional Airport in Thermal Friday morning.