A small plane has made a hard landing at Gillespie Field airport in El Cajon Friday afternoon, a dispatcher said. 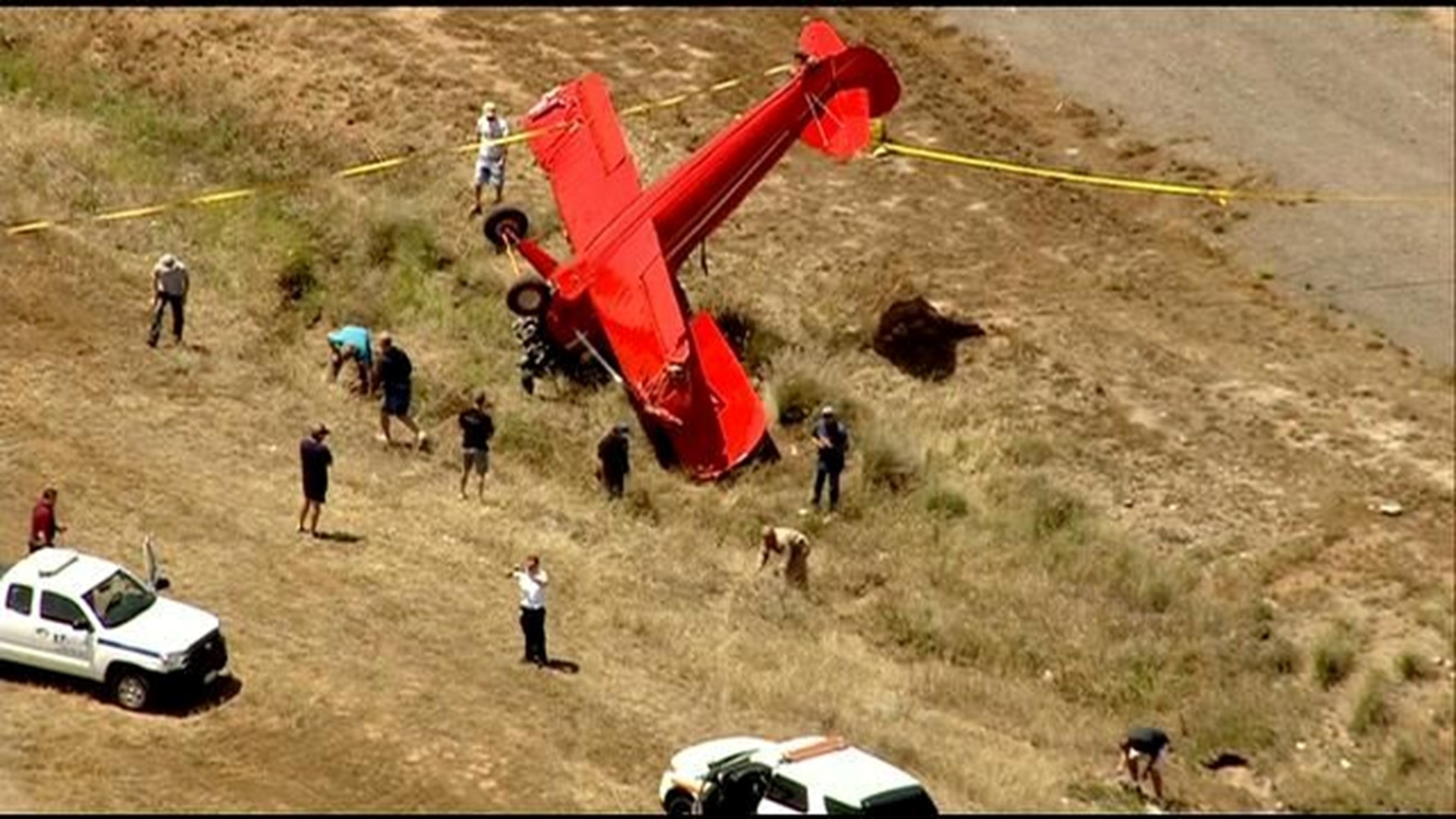 EL CAJON (CNS) - A pilot escaped injury Friday when a vintage biplane flipped over during a rough landing at Gillespie Field.

The bright-red Boeing-Stearman B75 went tail over nose and came to rest upside down in a weedy area alongside a runway at the El Cajon general-aviation airport shortly after 1 p.m., according to the Federal Aviation Administration.

The pilot and sole occupant of the airplane was able to walk away from the crash.

The 75-year-old aircraft is registered to Planes of Fame Air Museum in Chino, according to FAA records.