The winding, backcountry roads of Valley Center could barely handle the extra traffic of the field trip, which included seven planning commissioners, several county staff members and about two doze... 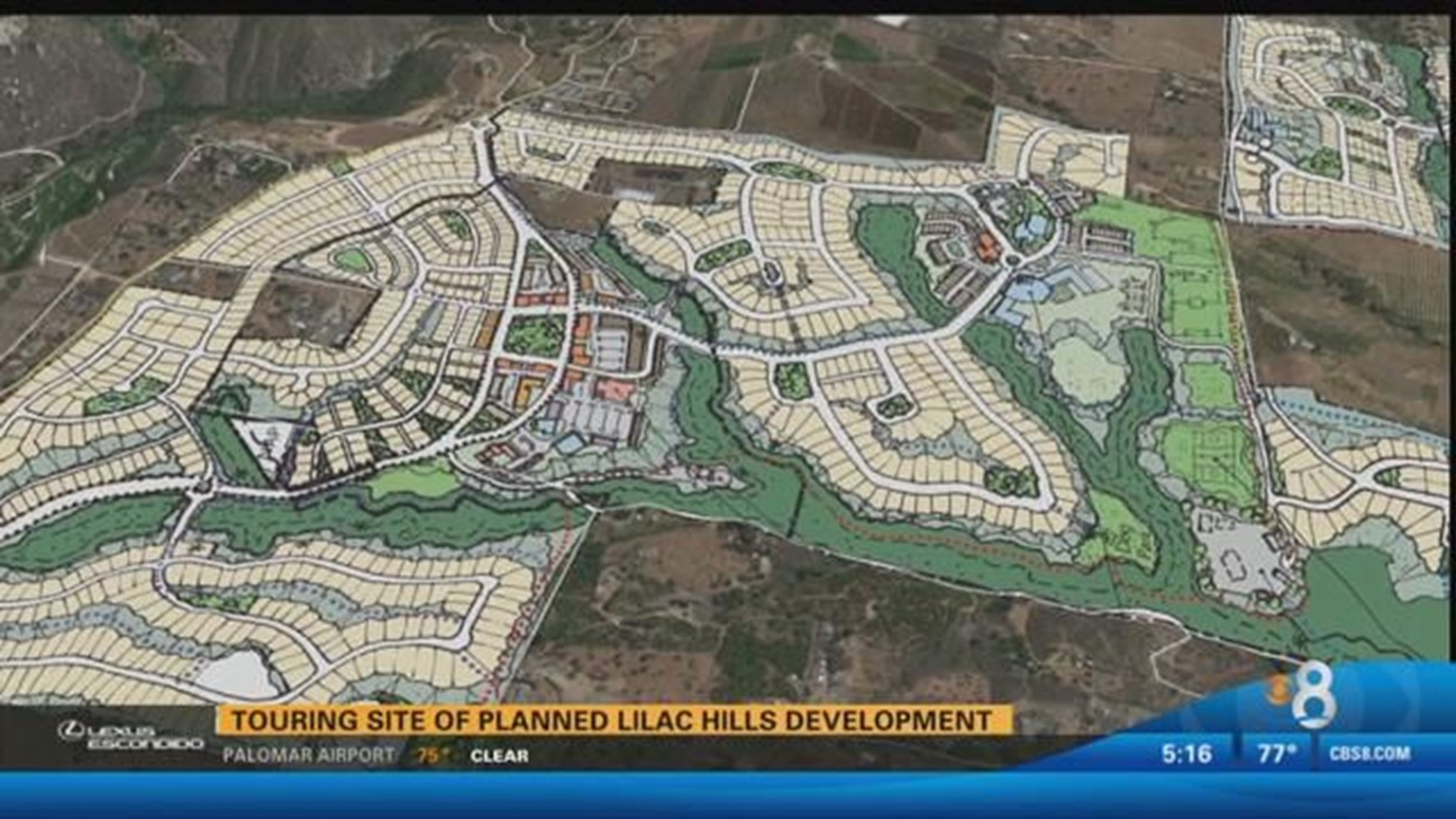 The winding, backcountry roads of Valley Center could barely handle the extra traffic of the field trip, which included seven planning commissioners, several county staff members and about two dozen members of the public.

Commissioners are being asked to approve the master planned community on 608 acres of land just east of Interstate 15 off West Lilac Road.

Current zoning calls for just 110 homes in the area.

The commissioners toured four locations around the perimeter of the project in advance of a planning commission vote next month.

“Community character is a big issue in the back country,” said Commissioner Bryan Woods.  “This is still the backcountry and the commission respects that very much.”

Many neighbors are opposed to the development, including elected planning group members from both Valley Center and nearby Bonsall.

“It’s a very rural area.  It's not meant to house another town the size of Del Mar out here in agricultural country,” said Valley Center Planning Group member Steve Hutchison.

The project would add about 5,000 people to the area, increase traffic congestion and, many say, make it more difficult to evacuate residents during a wildfire.

“This is a very high-severity fire zone.” said neighbor Mark Jackson.  “There has been a recent history; and there will be continuing large-scale wildfires and this is really the wrong place for the project.”

The developer -- Accretive Investments -- has been fighting for years to get the project approved and insists the project is safe.

”Safety is our number one concern.  We want to build roads that are safe.  We want to have access to fire stations,” said consultant Chris Brown, who toured the site Wednesday as a representative of the developer.

Accretive is asking for an amendment to the county’s general plan to allow for an extra 1,600 homes in the area.

As a result, the San Diego County Board of Supervisors eventually will have to weigh in with a final vote expected in October.

“It’s going to change the landscape of this area forever.  I know the argument is change always occurs.  But our job is to make sure the public is well represented and we do a good job with that decision,” said Commissioner Woods at the end of the two-hour tour.