On Friday, the iconic bookstore, Ducky Waddle's, along Coast Highway 101 in Leucadia made a plea to the public to help keep its doors open. Ducky Waddle's has been around since 1996, but business i... 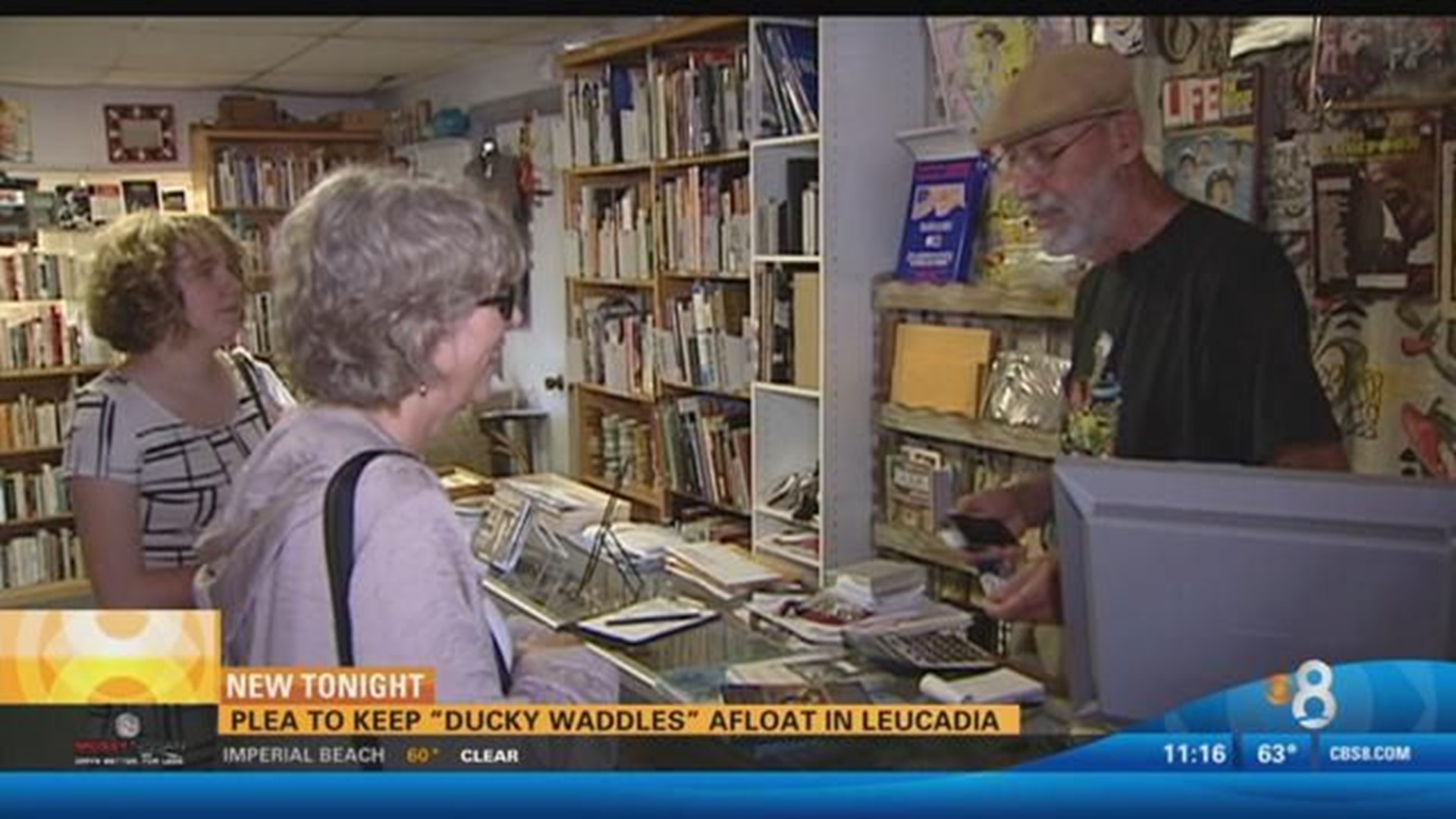 SAN DIEGO (CBS 8) - On Friday, the iconic bookstore, Ducky Waddle's, along Coast Highway 101 in Leucadia made a plea to the public to help keep its doors open. Ducky Waddle's has been around since 1996, but business is not what it used to be.

It's a funky store where there is a huge duck on the roof. The bookstore has a classic book collection and at night, the owner opens his doors to under 21-year-old musicians who give live performances, but the owner has financially struggled.

Supporters are using CrowdFunding to make sure the iconic store does not go away.

Ducky Waddle's can be described like its town, Leucadia. It's funky, laid back and artsy.

"There is a lot of different stuff here, art and old magazines. Things you would not find anywhere else," said Audrey Hebert.

"I will have 12 to 15 Hemingway titles in the store. The authors that people are looking for they can't find," said Jerry Waddle, owner of Ducky Waddle's.

The bookstore also has an art gallery that was the first to display and sell an artist's famous President Obama "Hope" poster.

Jerry expected to raise a couple hundred dollars, but this "buy local" movement reached donors across the world, helping the 75-year-old reach a $7,000 goal.

"It's a great place and people should support it and keep it going," said Sophy Chaffee.

Jerry hopes his independent bookstore will make a comeback.

"This is what I do, this business is my life. I am doing what I want to do and I want to keep doing it," said Jerry.

The CrowdFunding campaign on Indiegogo ends Monday and every donor gets some free loot or a discount.