Pod of orcas make for a killer day off the coast

A couple of boats were in for a real treat along the Southern California coast this week, when they spotted a pod of orcas, including a few babies. 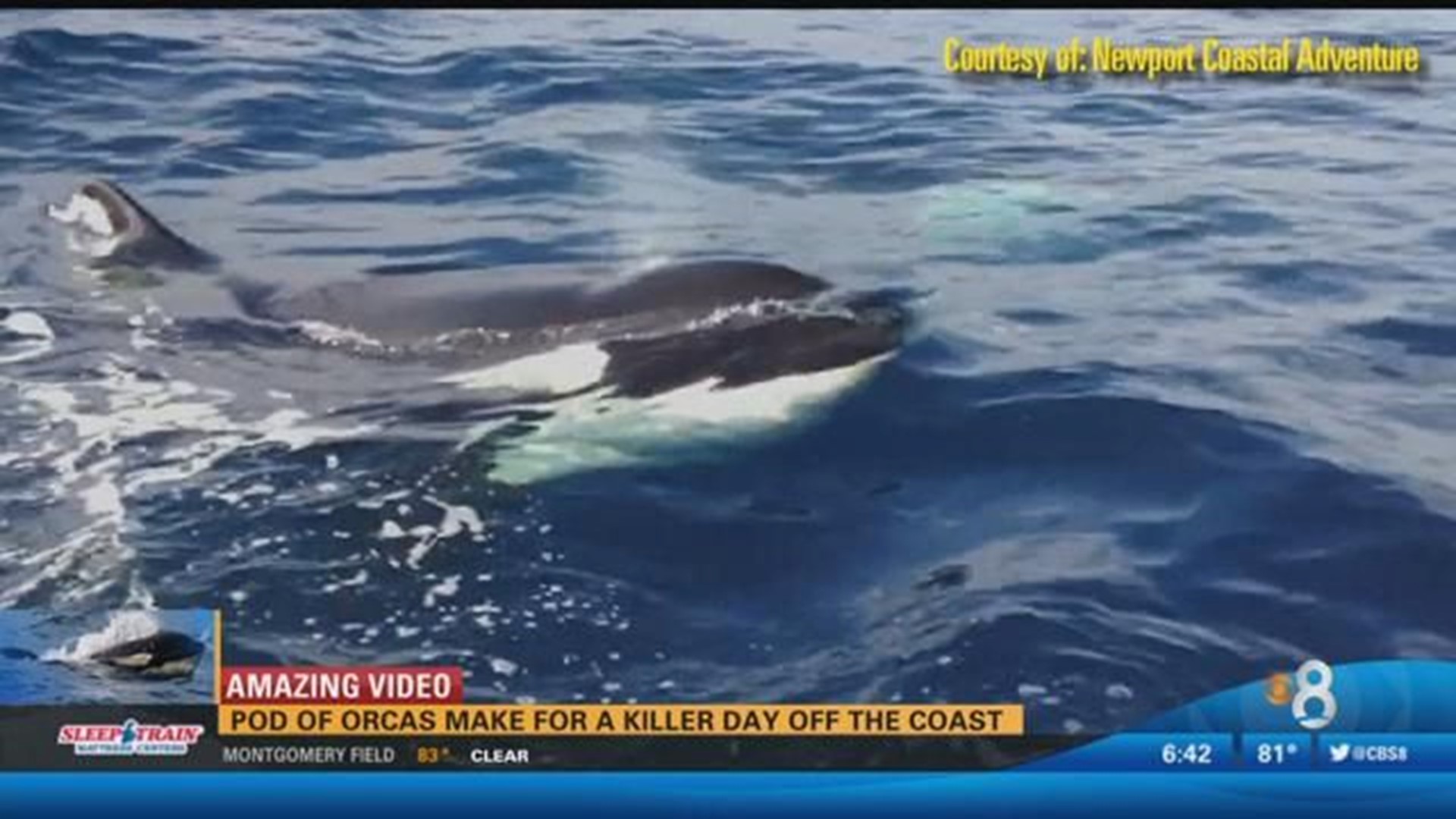 OCEANSIDE (CBS 8) - A couple of boats were in for a real treat along the Southern California coast this week, when they spotted a pod of orcas, including a few babies.

It was an astonishing discovery, a pod of about 15 orcas about 12 miles from the Oceanside Harbor.

"It’s one thing to see a video, it's another thing to be looking down into the water and seeing like a 40-foot long animal," said boat captain Shane Hansen.

"I don't usually get excited because I see things all the time, but the orcas are definitely something that really is exciting for me as a captain."

Just his second sighting in seven years, the Oceanside Adventures captain knows these beauties are a rarity.

"This particular pod spends most of its time down in Mexico, but they've moved up with the warmer water," Hansen said.

If you look closely at the GoPro video you can even see a baby orca being nursed. This pod is believed to be part of the Eastern Tropical Pacific Orcas.

But with orcas sighting just two weeks ago off the Baja coast, and now this week, is the warmer water the only thing bringing them closer to view?

"Some of the captains have said that these orcas were following a school of tuna fish," said Tania Massamiri of Oceanside Adventures

"We get to see all sort of whales, blue whales in the summer time, gray whales in the winter time, and now an unusual sighting like the orcas, it really gets us to understand these mammals a little bit more.”

The two-hour boat tour typically goes 3 miles out, but once Hansen got the coordinates, he went 8 more miles out to lay eyes on the orcas.

“I was looking straight down on them from the upper deck, where I drive, and they were going under the boat around the boat and almost within petting distance how close they got to us; A once in a lifetime experience for a passenger,” Hansen said.

Watch the full video below: