Homicide investigators were on the scene Sunday of what police are calling an apparent murder-suicide at a Kearny Mesa hotel. 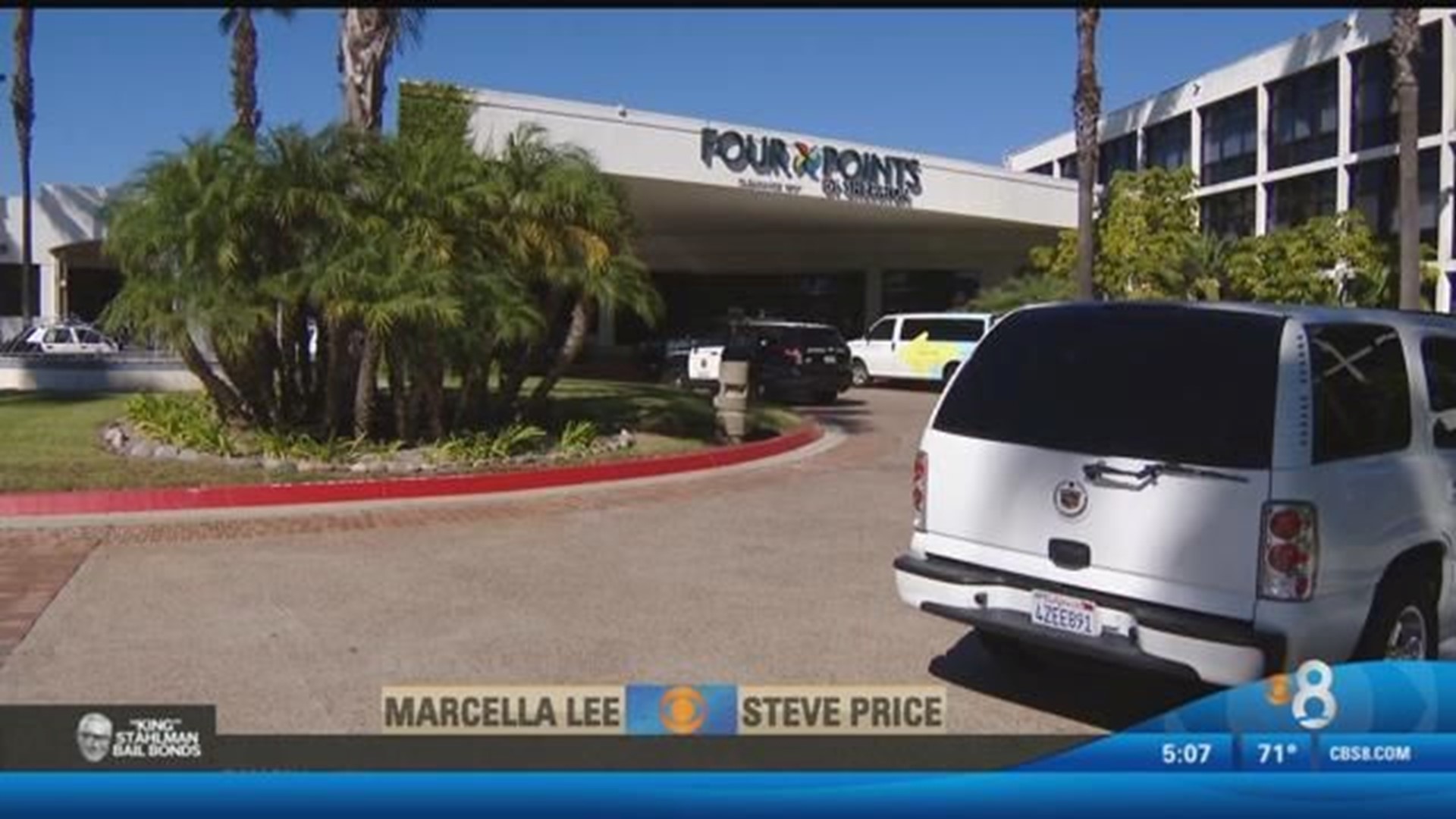 KEARNY MESA (CNS) - The bodies of a man and woman were found Sunday morning at a Kearny Mesa hotel in what homicide investigators are calling an apparent murder-suicide.

SDPD Lt. Brent Williams said they received a call about 10:30 a.m. from a hotel staff member who heard shots at the Four Points by Sheraton hotel at 8110 Aero Drive near Kearny Villa Road.

Officers were directed to the area of the hotel where the shots were heard and allowed into the hotel room where two people were found dead, Williams said.

Police would not release details on the gunshot wounds sustained by both victims.

Williams said the identities of the victims were known, but will not be released to the public until their families have been notified.

Police asked anyone with information regarding the homicides to call the San Diego Police Department's Homicide Unit or Crime Stoppers at (888) 580-8477.