We are learning more about a young man seen running away from the scene of a brutal beating death in El Cajon last week. 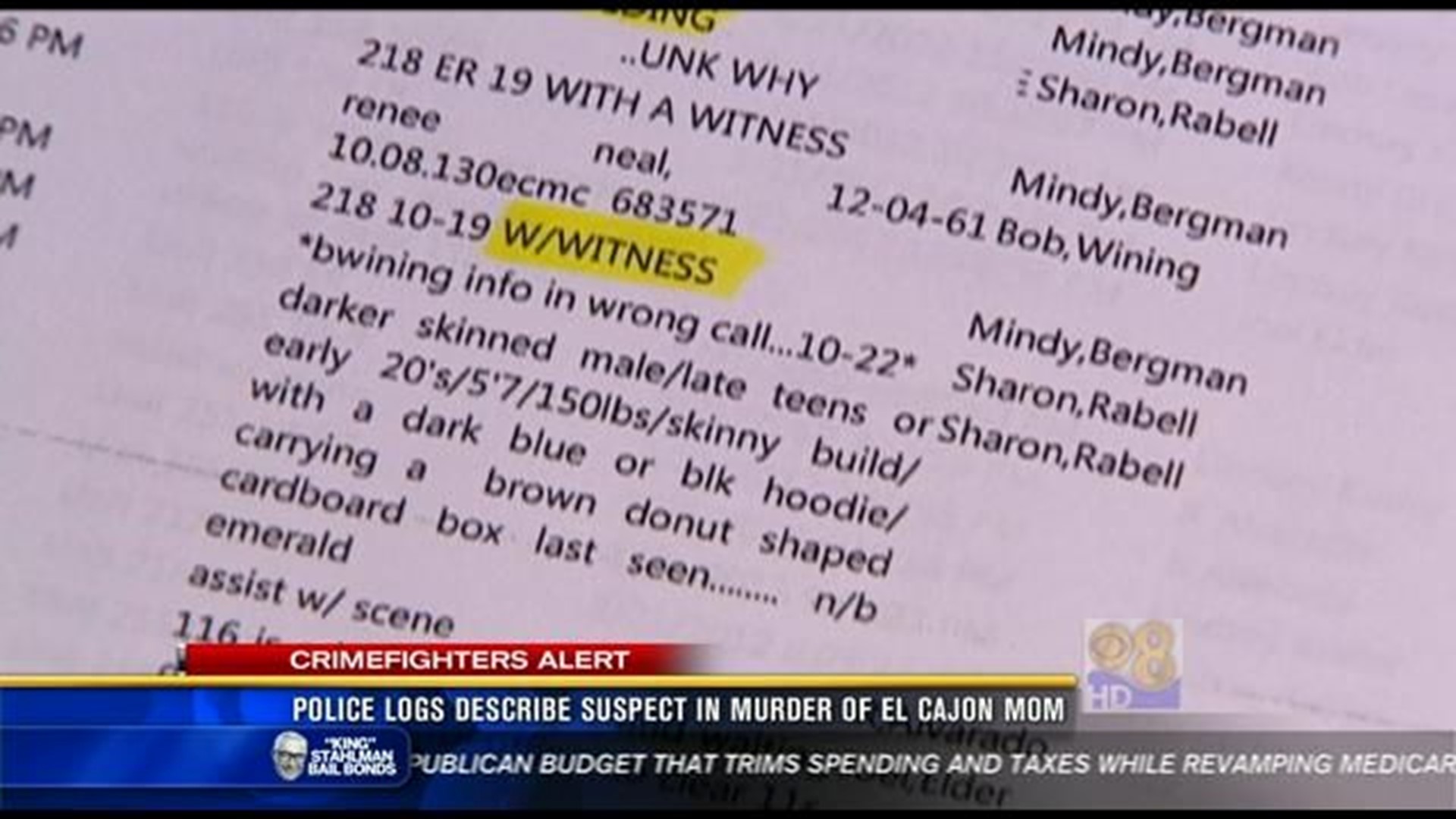 EL CAJON, Calif. (CBS 8) - We are learning more about a young man seen running away from the scene of a brutal beating death in El Cajon last week.

News 8 obtained police logs that describe the suspect, as well as other calls to police from Skyview St., including one recent call to police from the beating victim herself.

Police are still investigating the possibility that 32-year-old Shaima Alawadi's death was a hate crime, because of a threatening note found at the beating scene.

The El Cajon Police logs detail officer calls to Skyview St. over the past seven months.

According to the reports, the 911 call came in at 11:14 a.m. on March 21 from the 17-year-old daughter of the victim to report her mother was bleeding.

There was also a description of a young man, seen by a neighbor running away from the scene at 10:30 a.m.

The report described the suspect as a "darker skinned male" in his late teens or early 20s with a skinny build and wearing a black or blue hoodie sweatshirt. He was carrying a brown, donut-shaped cardboard box, the report said.

The neighbor who made that report told News 8 he did not want to be identified out of fear for his safety.

Also in the police reports, a call for service from Jan. 31, two months before the beating attack. The victim, Shaima Alawadi, called police at 10:50 p.m. to report her 17-year-old daughter, Fatima Alhimidi, had been missing for two hours.

The teenager told her mother that her head was hurting and then went out for a walk. The girl had not returned so Alawadi called police, according to the report.

A short time after the call, the police response was canceled and a note in the log said the teen was located at 11:12 p.m. that same night.

Calls to police from other houses on Skyview St. show a woman on the block was arrested for drug possession in January 2011.

Then, in November 2011, there was a report of a wallet stolen from a purse. In December 2011, juveniles were reported breaking into a car. And on March 19, 2012 – two days before the beating attack – a neighbor called police to report another vehicle break-in.

In the days following the beating, police also responded to reports of suspicious men in the neighborhood, the records show. One man was seen on Thursday and two more men were reported Friday.

Police responded to those calls, interviewed the suspicious men, took their names and released them, according to the logs.

To date, officers have served two search warrants on the family's home and they were seen carrying away bags of evidence. Neighbors said investigators also towed away a red Nissan van registered to the victim's husband, Kassim Alhimidi, 47.