Police are searching for two suspects after an argument resulted in a deadly shooting in the parking lot of Burlington Coat Factory in La Mesa on Thursday. 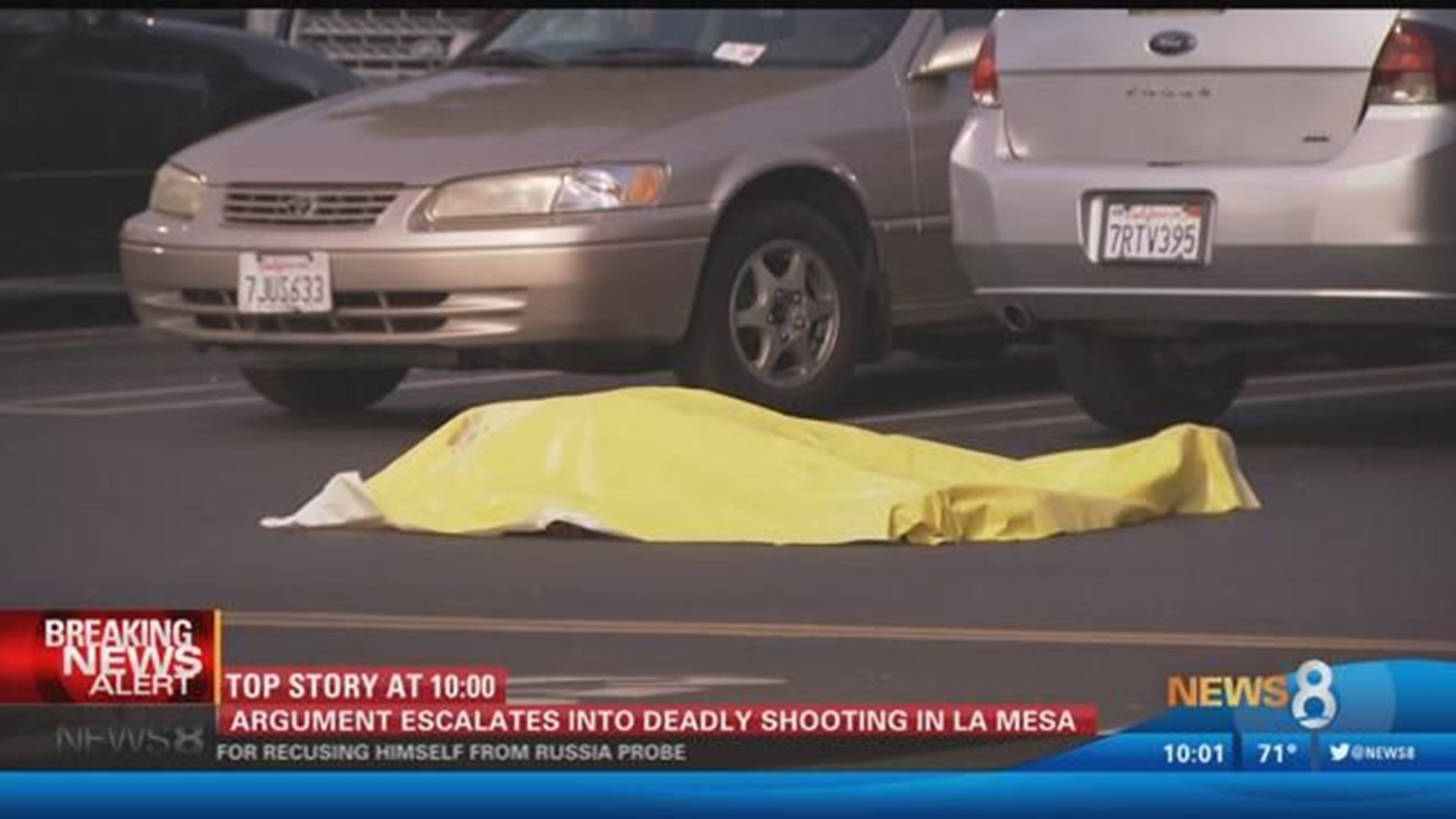 LA MESA (NEWS 8) – Authorities sought Friday two people who were seen running off after a man was shot to death during an argument in a Burlington Coat Factory parking lot in La Mesa.

A witness told police that a shot was fired during a verbal altercation involving three people outside the Burlington Coat Factory in a shopping center on El Cajon Boulevard near Baltimore Drive around 6:45 p.m. Thursday, then one of them fell to the ground. The two others fled the scene afterward, said La Mesa police Lt. Chad Bell.

Arriving police officers attempted to revive the wounded man, but he died at the scene, Bell said. The victim's name was withheld pending family notification. The victim’s body was wrapped in a yellow tarp in the parking lot as homicides investigators worked through the night.

Family and friends say the victim was a father in his 30's named Travis Lewis who lived in San Diego. They say they're heartbroken and don't know who would hurt him. They say he was loving and giving and had two young kids.

Inside the victim’s Hyundi, blood could be seen on the driver’s seat and a blood-smeared pill bottled laid on the asphalt next to the car.

Police confirmed a handgun was discovered at the scene, discarded in a planter, but they did not say if they believe that was the actual weapon used in the fatal shooting.

A family member told News 8 the victim was a “family man” who leaves behind two young children.

Anyone with information on the case was asked to call police at (619) 667-1400. Anonymous tips can be submitted to Crime Stoppers at (888) 580-8477, or by contacting the agency online at sdcrimestoppers.org.