Recreational marijuana use may now be legal in California, but it is still illegal to drive while high. 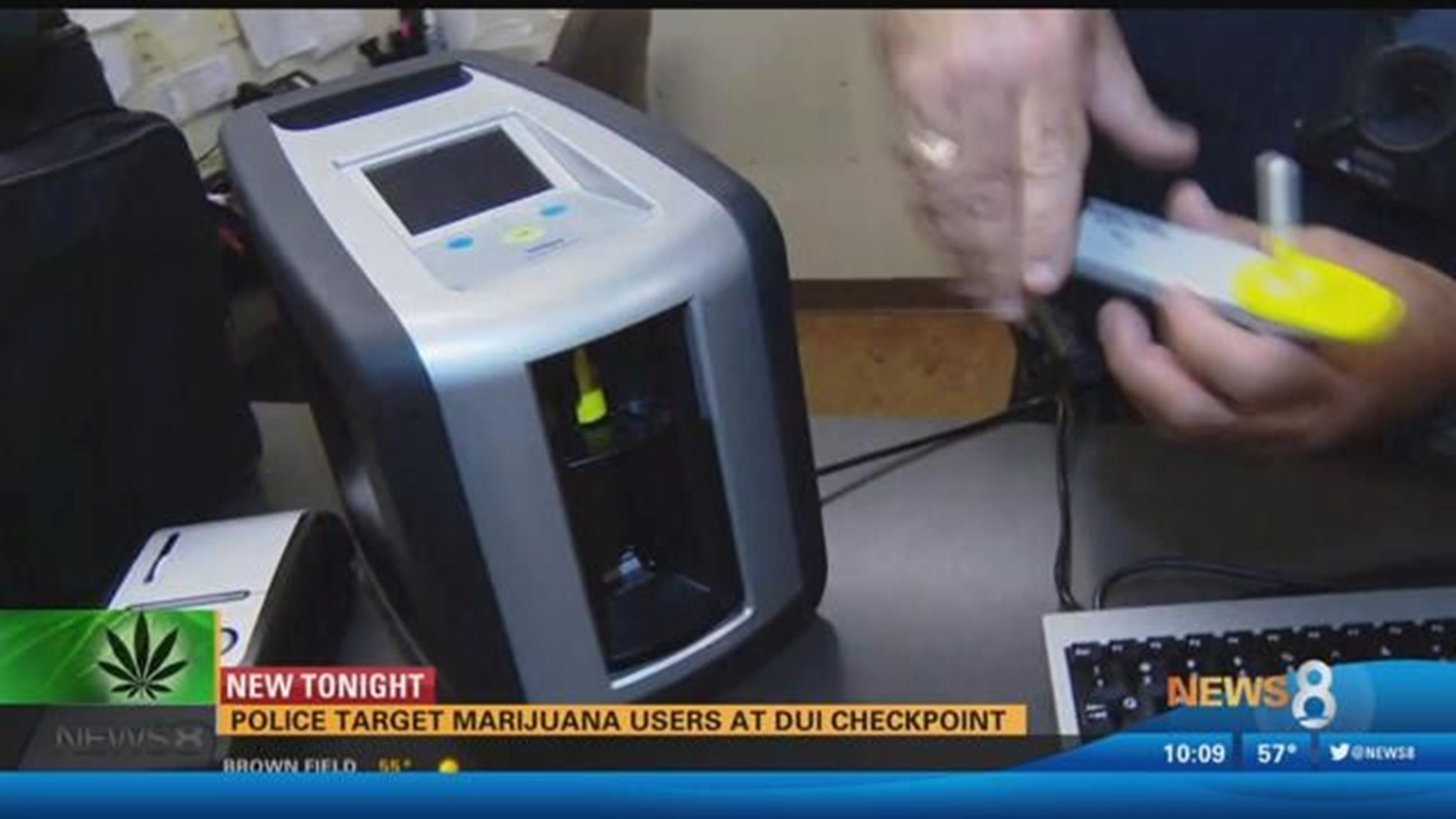 SAN DIEGO (NEWS 8) – Recreational marijuana use may now be legal in California, but it is still illegal to drive while high.

That was the message San Diego hoped to send Thursday night at a checkpoint targeting drivers who may have been under the influence of pot.

A DUI check point was set up off Mission Bay Drive, right by the Interstate-5 south bound ramp.

Thursday’s checkpoint is the second one to be set up since January 1st, when recreational marijuana became legal.

A device called the Drager 5000 will be used to fight impaired driving by using saliva swabs to test for drugs in an individual’s system.

Police said there many factors that go into a DUI arrest after some raised concerns that marijuana could be in their system and could test positive but not be impaired – since marijuana can stay in a person’s system for long period of time compared to alcohol.

The DUI check point was scheduled to start at 11 p.m., Thursday night and go to Friday at 3 a.m.