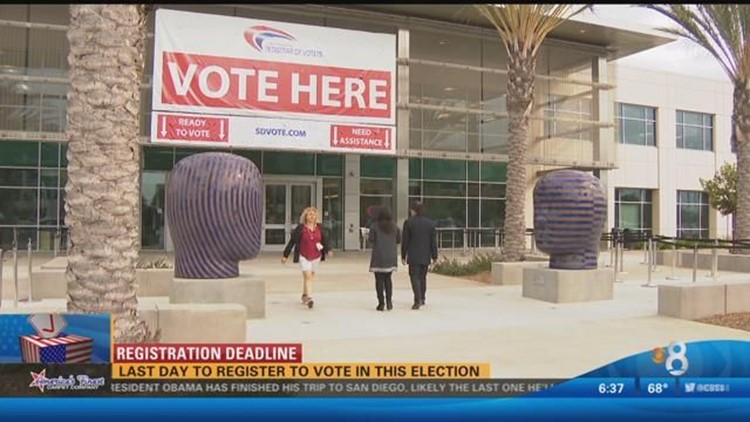 SACRAMENTO, Calif. (AP) - More than 18.7 million Californians have registered to vote in the Nov. 8 presidential election, a state record.

Secretary of State Alex Padilla announced Tuesday that 500,000 people enrolled for the first time or updated their information in the final two days the state accepted registrations.

The number of registrants will continue to climb as counties and Padilla's office count mailed registrations.

The previous record was set in 2012 when nearly 18.25 million people registered to vote ahead of the last presidential election.

U.S. Census Bureau data show California's population increased by more than one million people from 2012 to 2015.