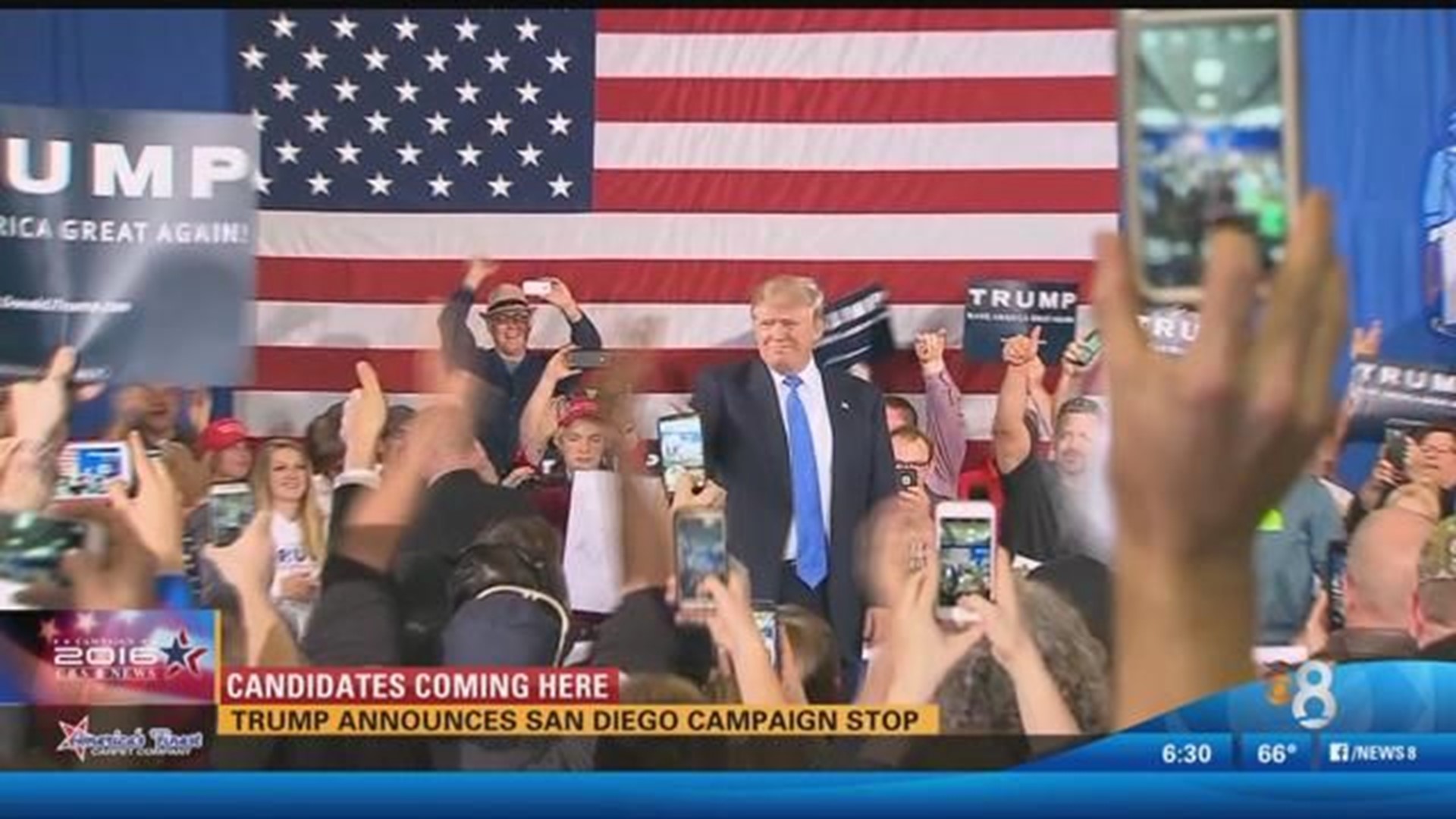 ''We need you to support Hillary on June the seventh. She needs to go into that convention with the wind at her back,'' Bill Clinton said.

''We need to bring everybody together and go out there with the wind at our backs, with confidence in the future of this country,'' he said. ''If we have the right leader, the best change maker I have ever known, you can make it happen in California on June the seventh.''

As Clinton thanked the people for supporting Hillary and coming out, he reminded them of what happened to him when he ran.

The nation's 42nd president spoke to a crowd of hundreds of supporters packed into the gymnasium at Bonita Vista High School. Their enthusiasm did not seem to wane despite his being about an hour late to the event. An overflow crowd was led to an area outside the gym.

''There's only one person with a record of getting things done as first lady, as a senator, as secretary of state, with Republicans in Congress,'' Clinton said to a cheering audience.

''And only one person who has a remote chance to both keep us safe in a dangerous world and make good things happen and give us the space we need to grow and lead the world out of this mess we're in and all these crazy conflicts that are interfering with you living your future,'' he said.

Clinton, who stopped to talk to the overflow crowd before leaving, was scheduled to attend a private fundraiser later in Rancho Santa Fe.

Hillary Clinton's campaign today announced that the candidate will be making a long campaign swing through California next week beginning Monday in the Los Angeles area, followed by stops in Orange County, Salinas and San Jose on Wednesday and Thursday.

Clinton's opponent for the Democratic nomination, Vermont Sen. Bernie Sanders, was scheduled to speak at a rally in National City Saturday night.

The former first lady is due in California next week.

The Sanders rally will be held at Kimball Park with gates opening at 4 p.m. and the program beginning at 7:30 p.m., according to an official with his campaign.

Sanders will discuss his customary topics -- getting big money out of politics, his plan to make public colleges and universities tuition-free, combating climate change and ensuring universal health care, the campaign official said.

Due to security concerns, attendees should not bring bags, and carry only small personal items, such as keys and cellphones. Weapons, sharp objects, chairs, signs, banners and sticks will not be permitted.

The National City Police Department said A and D avenues, and East 12th and East 15th streets, will be closed around the park about two hours before the event. Because parking will be limited, attendees were urged to carpool or use public transportation, police said.

An estimated 12,000 people attended a Sanders rally at the San Diego Convention Center in March. Sanders supporters began lining up for the event Saturday morning, just a few miles away from where Bill Clinton appeared.

Presumptive Republican nominee Donald Trump is scheduled to hold a rally at the San Diego Convention Center on May 27.